It is finger licking good!

The first step is to add sugar to the ham and let it work on it for one day in the refrigerator. It helps the meat not to rot.

Most industrial hams are cured with nitrite, but I'm not sure where to buy it and I've kind of heard that overuse of it can lead to health problems. And because I have it on good authority that it also works with sugar, I tried it without nitrit. But I need to investigate that further. 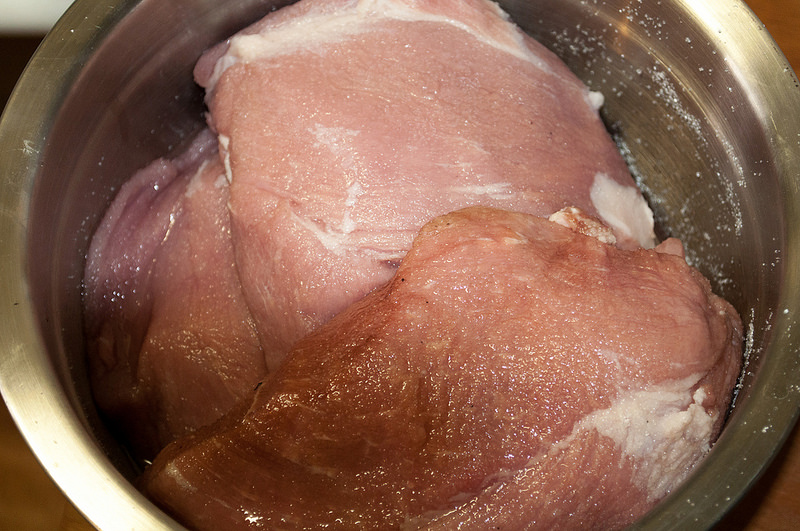 Next step was doing the same with salt. Before salting I washed it thoroughly in cold water. During both days the ham loses quite a lot of moisture which you should just tilt away every couple of hours.

This is the ham after one day in sugar and one day in salt. It lost quite a lot of moisture already and its color changed a bit as you can see. 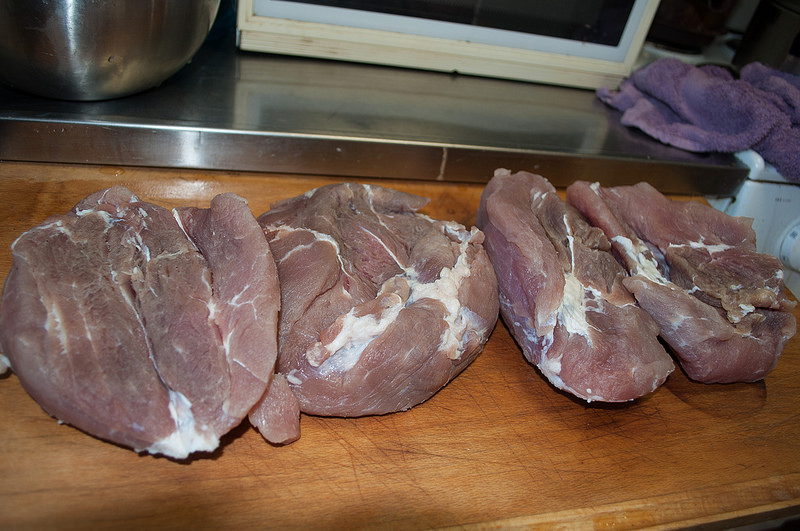 You should use garlic powder on the ham because it is, I assume, antiseptic or something. I'm not sure, have to investigate that further. Anyway, It helps to preserve the ham now since it is going to hang at room temperature for a couple of days. 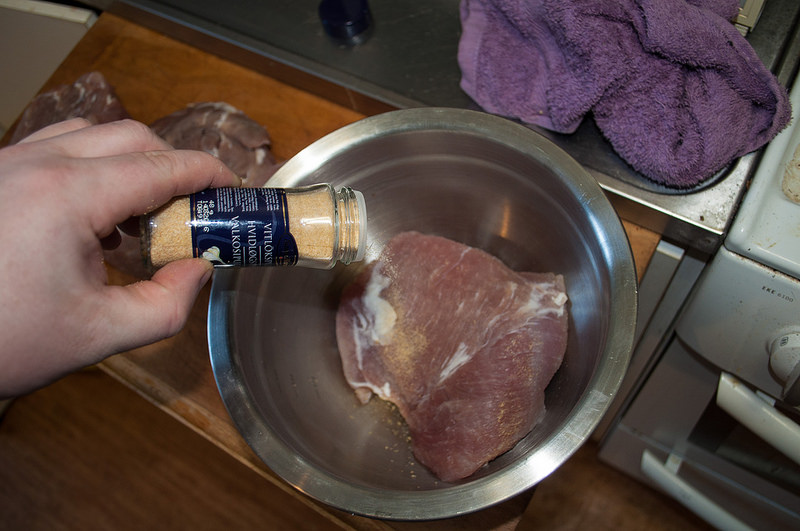 I added quite a lot of paprika powder which will give the dried ham a tasty crust and is said to further protect the meat during the drying process. 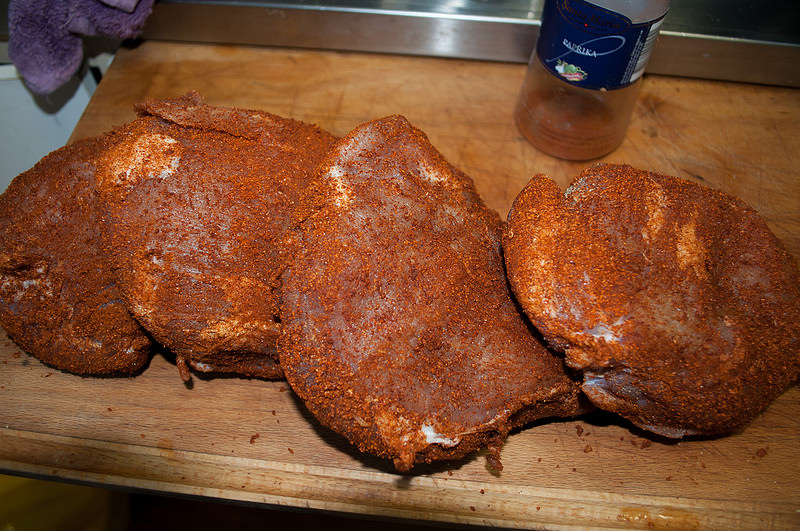 I added also more spices like cyan-pepper, black pepper, thyme, rosemary, etc. to cover the whole ham in spices. Sadly I forgot marjoram, which I will definitely use next time. 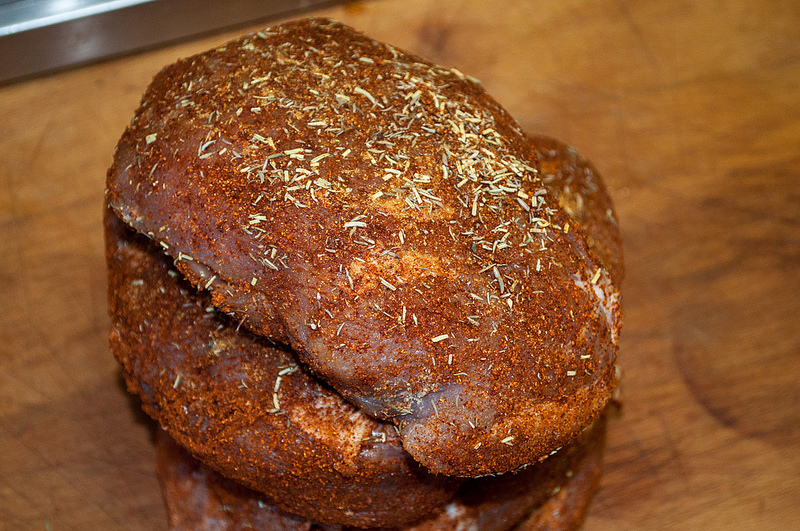 I bought 4 pairs of sheer socks, those made of the material pantyhose or tights are made of. This material is good for drying of meat because it presses evenly from all sides. Professionals, like my father who was trained as a butcher, are able to bind the ham with some twine. Some day I will learn that too, because buying socks gets quite expensive over time. 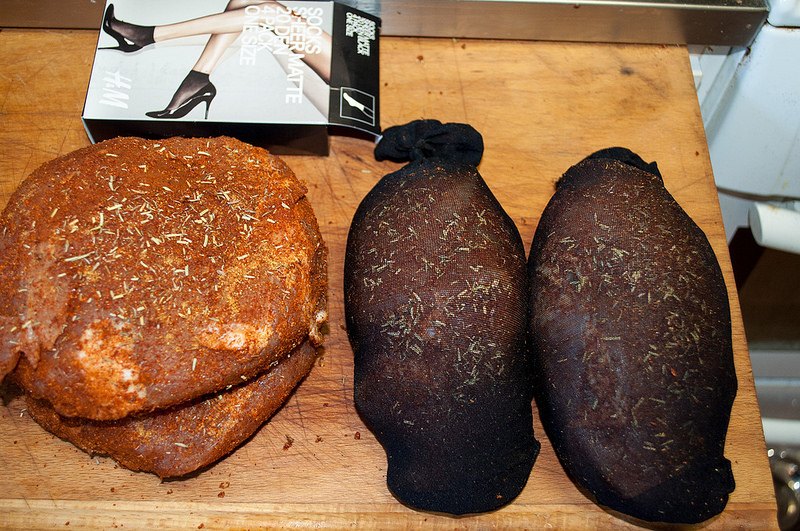 In this picture you can see the ham air-drying at the window above the heating element. It has to dry for at least four days, they say it is better to let it dry for seven days. 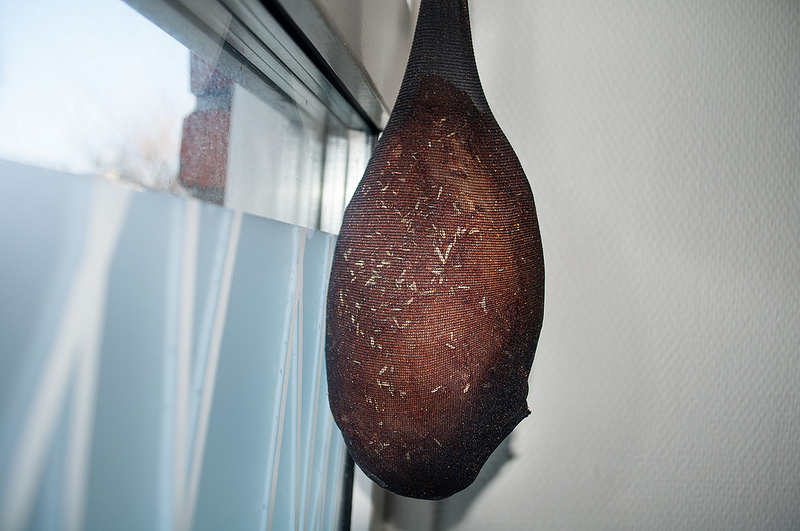 After a week of drying in normal air at home, in my kitchen, my first ham is ready to eat! It really is great, even though I will try to get out more salt next time with more time while washing the ham after it has been in the salt. Putting it into water for a couple of hours should be sufficient to get out some salt.

Look at the colors, isn't it amazing?! And all the and the spices in great harmony with the meat, I love it! 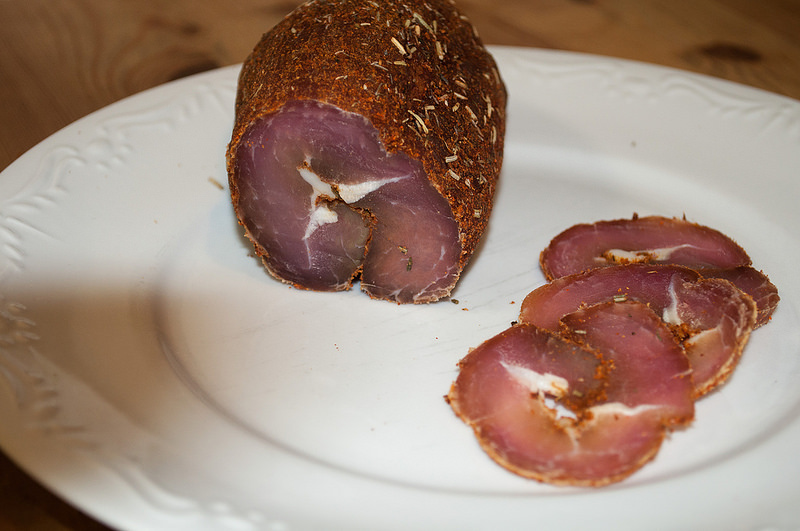 Check out this picture in full size to get a better idea of the look, it is truly wonderful.

Next time I will buy a different part and try that, already looking forward to it!

[update:] After one more week it changed the color a bit more into violet. It tastes like there is much less salt in it, now it is almost perfect, check it out: 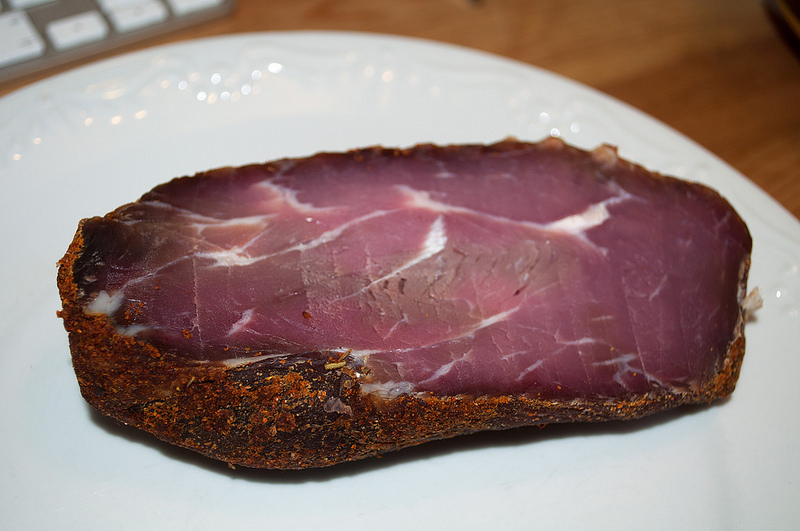 I just bought another 2kg of pork fillet to make more dried meat. 1 kg of pork meat is hanging by the heating element already.

Yeah I really should try it. I will try to find some next time I go hunting for meat to dry :)

Are you sure this is already cured? I am not an expert but for example the iberic chorizo cures during months in dark, cold and dry cellars. Anyways, it looks really good.

Yeah it is, obviously it is not as fancy cured as those which are cured for several months but it definitely isn’t raw ;)

Just a note to myself so I won't forget the date, today I hang up a ham so it would dry for a week. Want to know how I do that? Check out...

We had a christmas table yesterday at work and secret santa, where you get assined randomely one person you buy a gift for...