I wish there was a better solution

Today I wanted to blog about a issue here in South Korea which I wish someone would tackle better than it is done right now. Nothing important but at the same time very easy to solve, but for some reason nobody is tackling it.

As in Germany and Sweden where I lived before, there is a push for recycling even here in Korea. I'm not sure how old this push is, because how it is handled on the first mile is not very pretty. In Germany they have a special place where everyone has to bring their sorted things on specific days where it gets collected in separate big containers. In Sweden on the other hand they have small houses (Miljöhus) just for trash close to the houses/flats where you go in with your key and put all your sorted things in. Once a week different companies come and collect those things and bring them to recycling.

Here in Bundang where I live, and it's a very nice area, there are machines prepared for normal trash and bio digestible stuff like food, you need a RFID key to use them, they're not pretty but mostly underground. 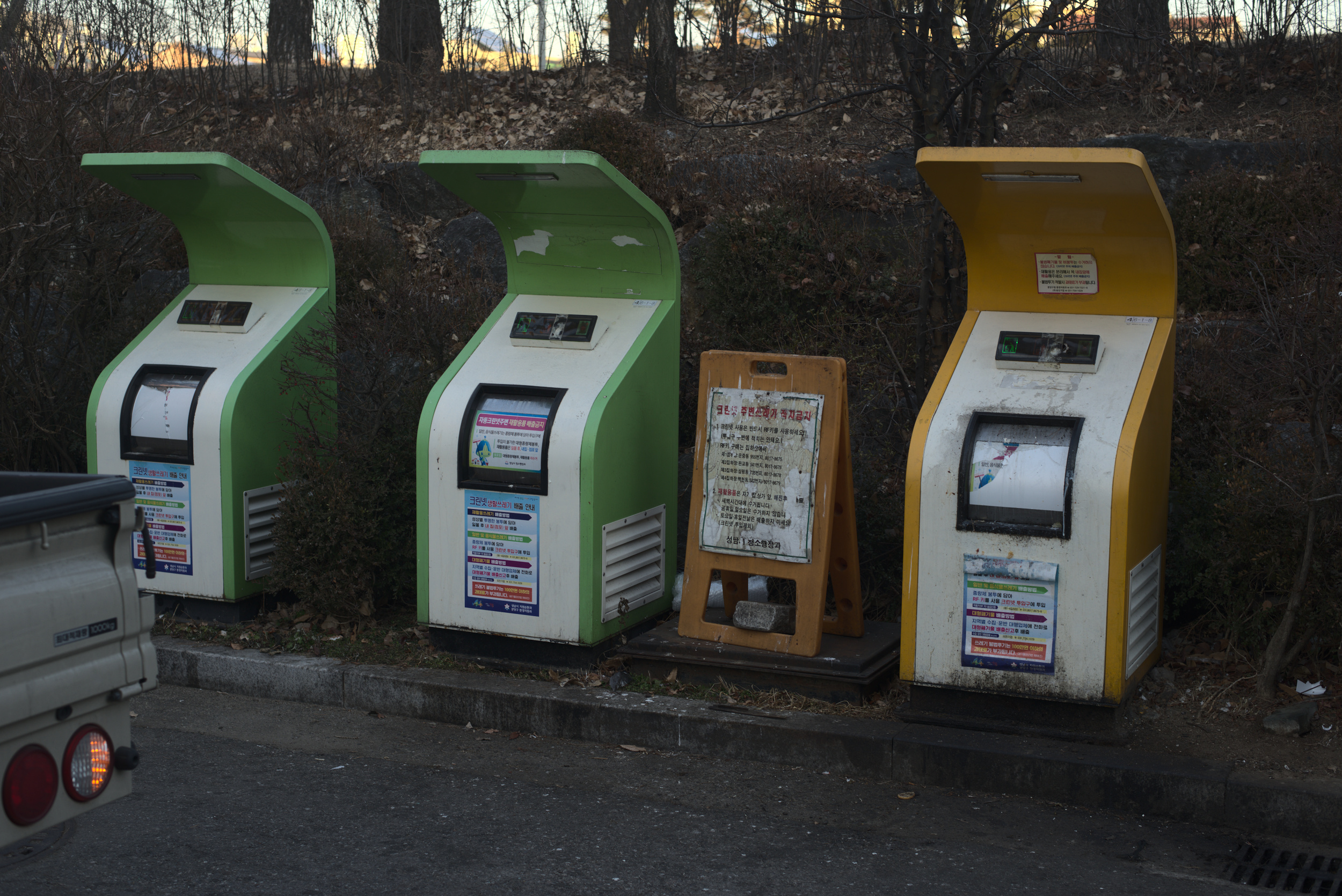 But there is no specified place where to put all the recycle bar stuff. So somehow people just put it around those two machines and it looks terrible. 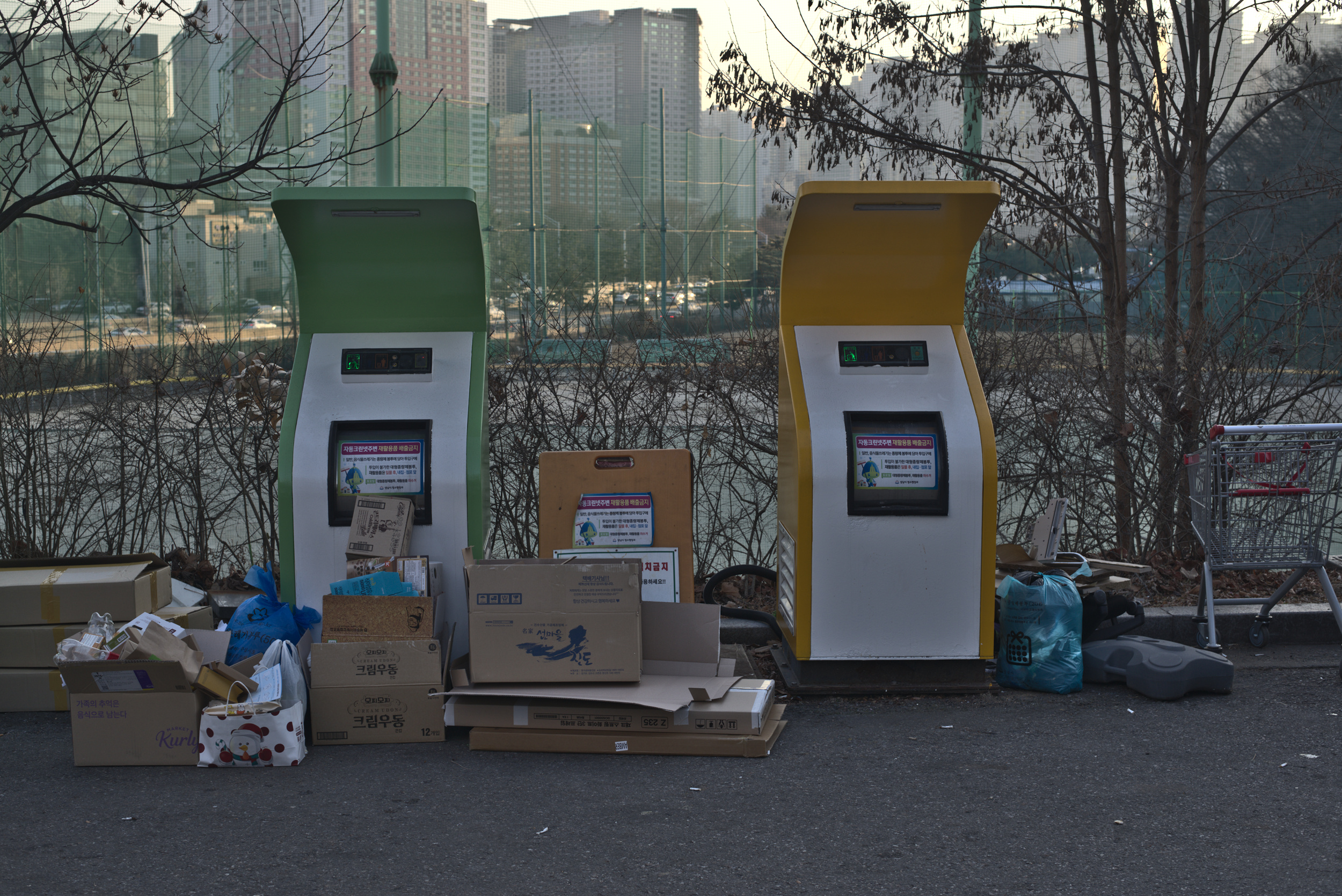 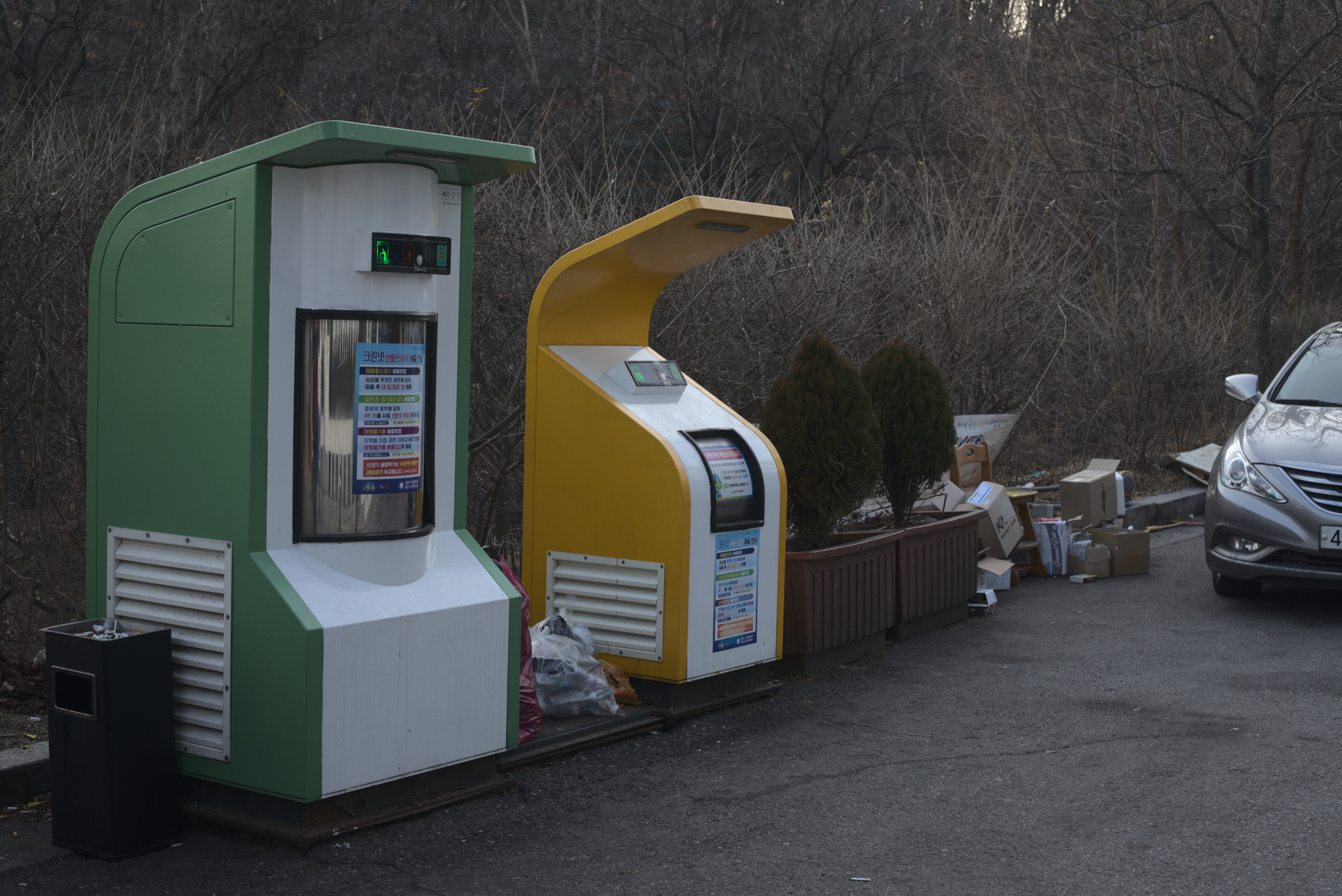 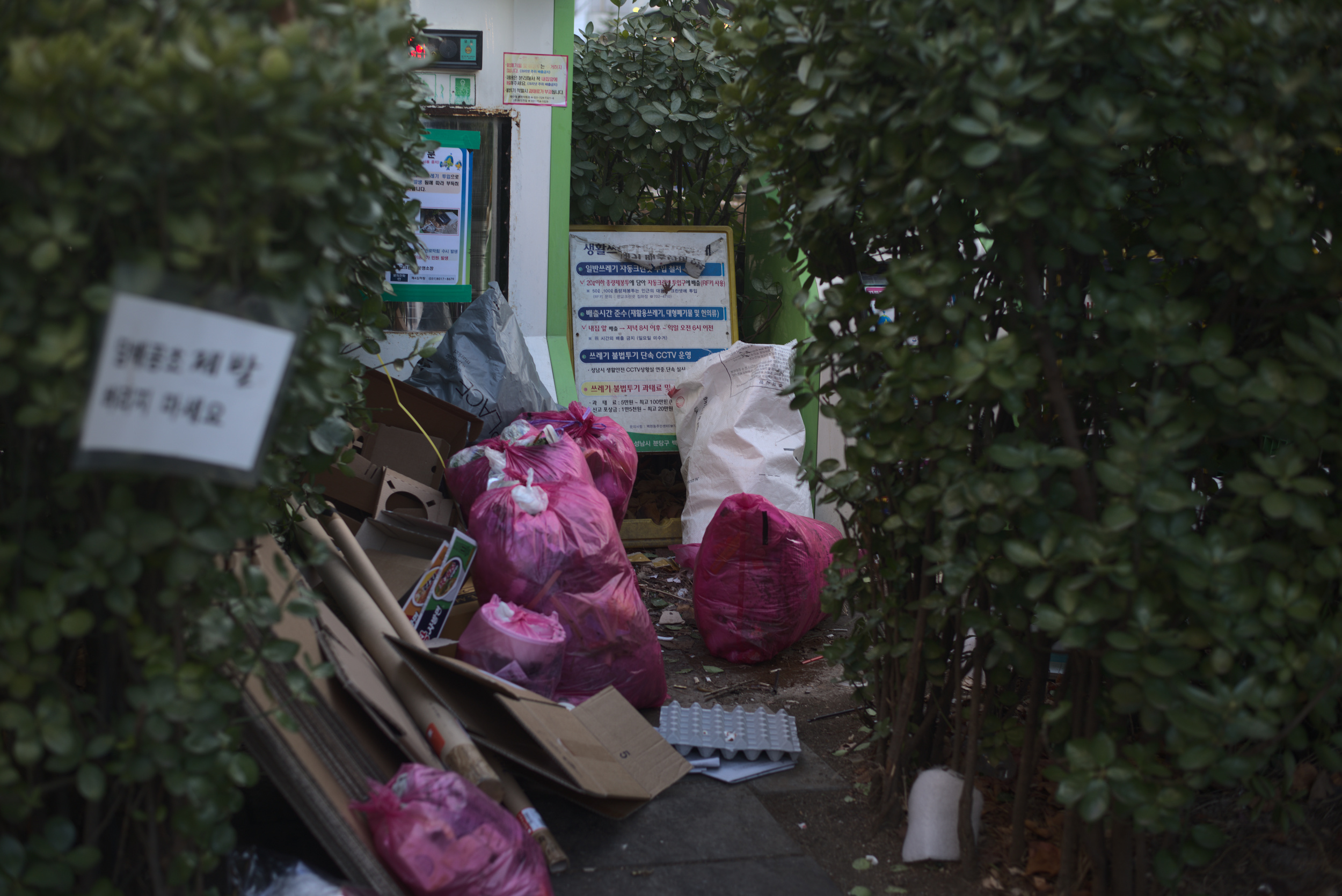 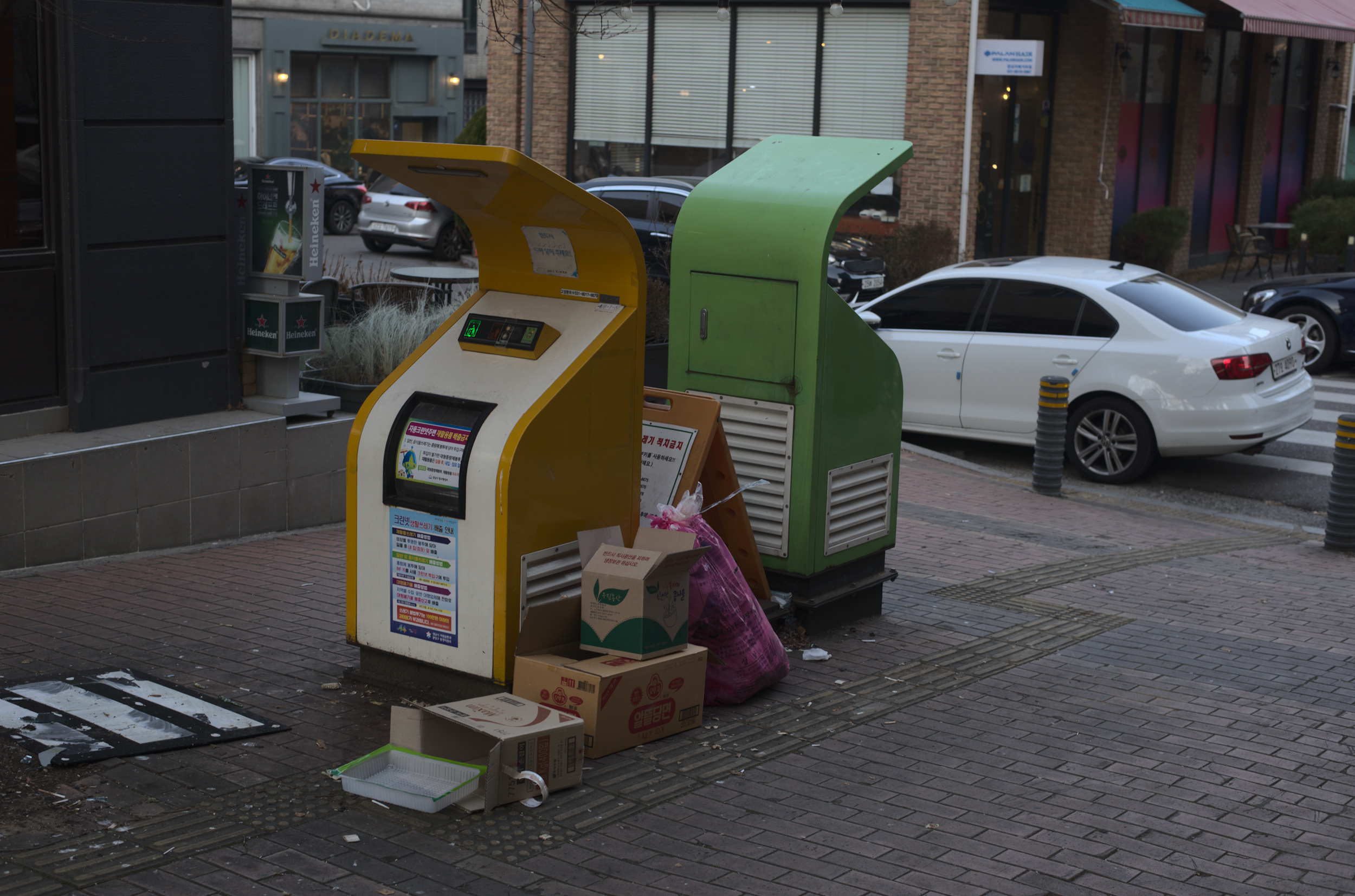 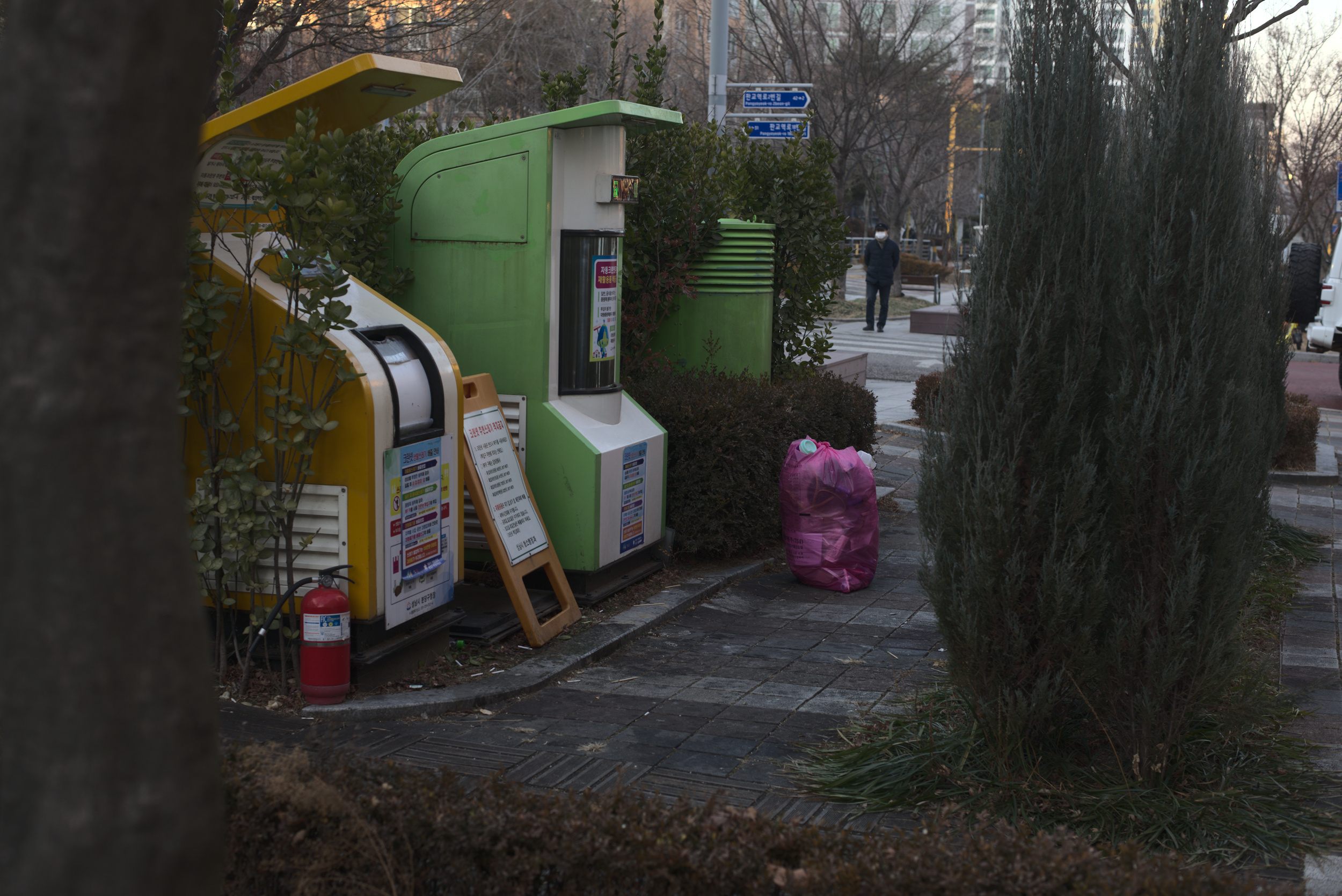 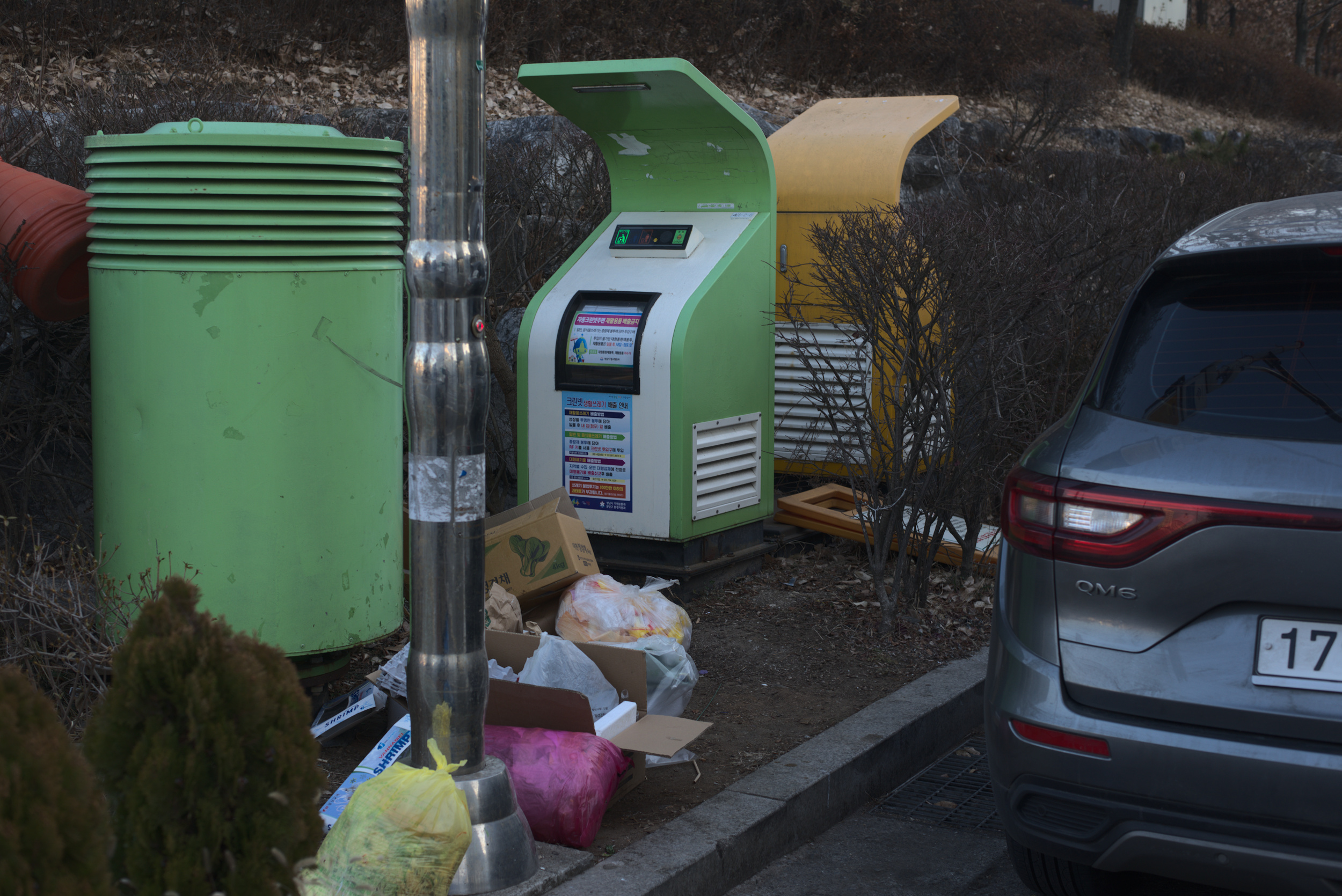 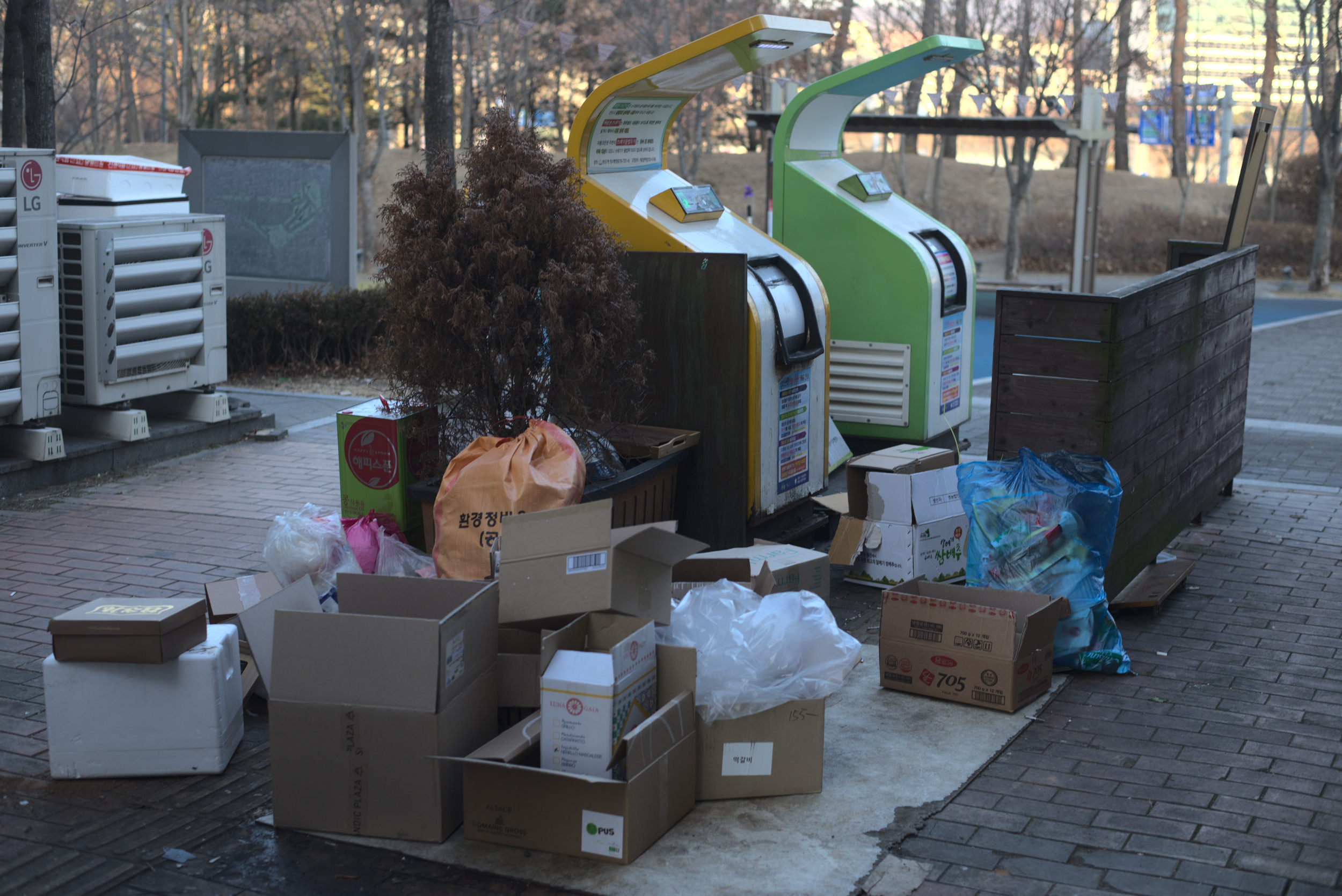 And those pictures are just from around here from a 15 minutes walk I just did to photograph them.

Several times a week people with small trucks come along and go through the mess manually and pick whatever recyclable things they are here to take with them. 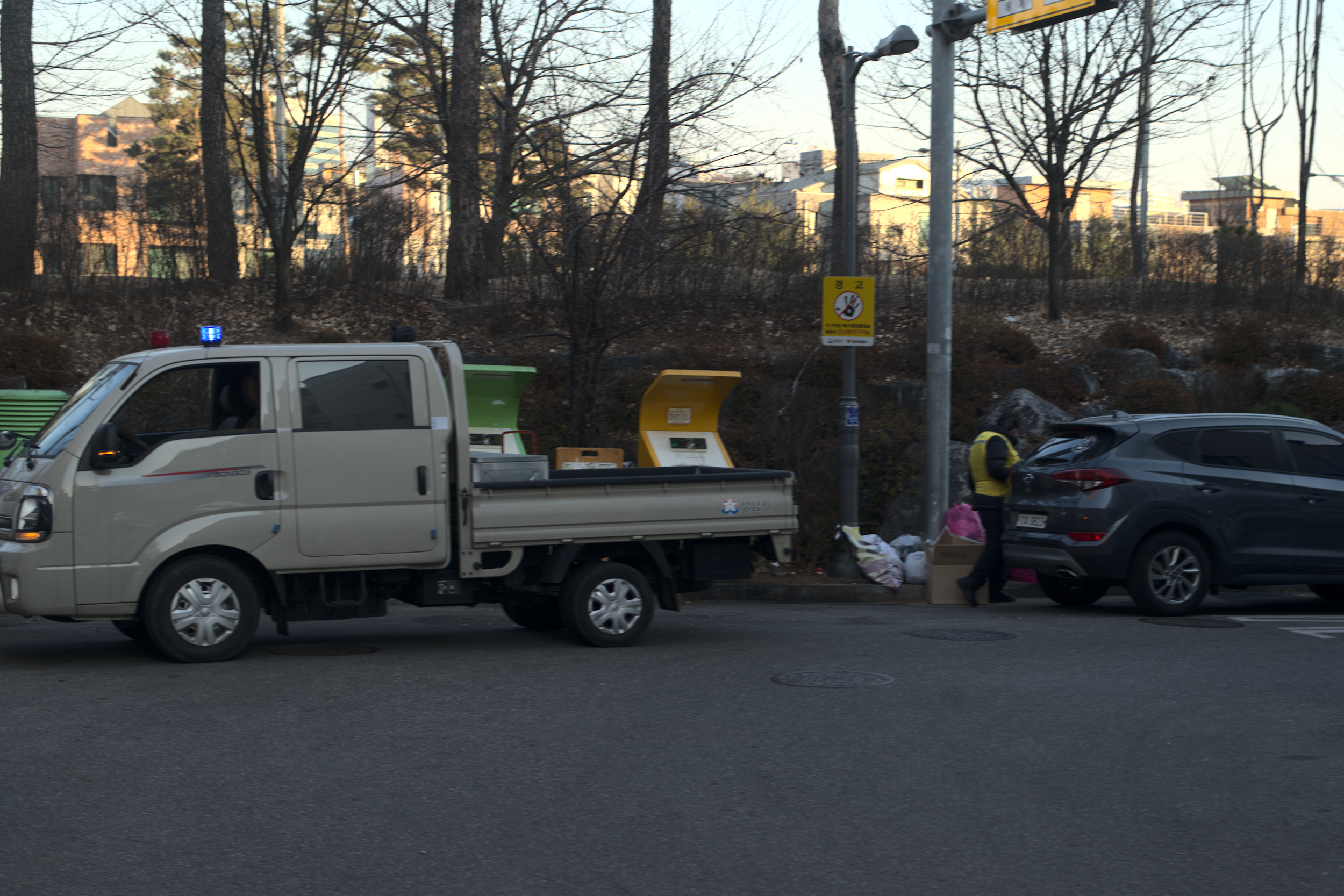 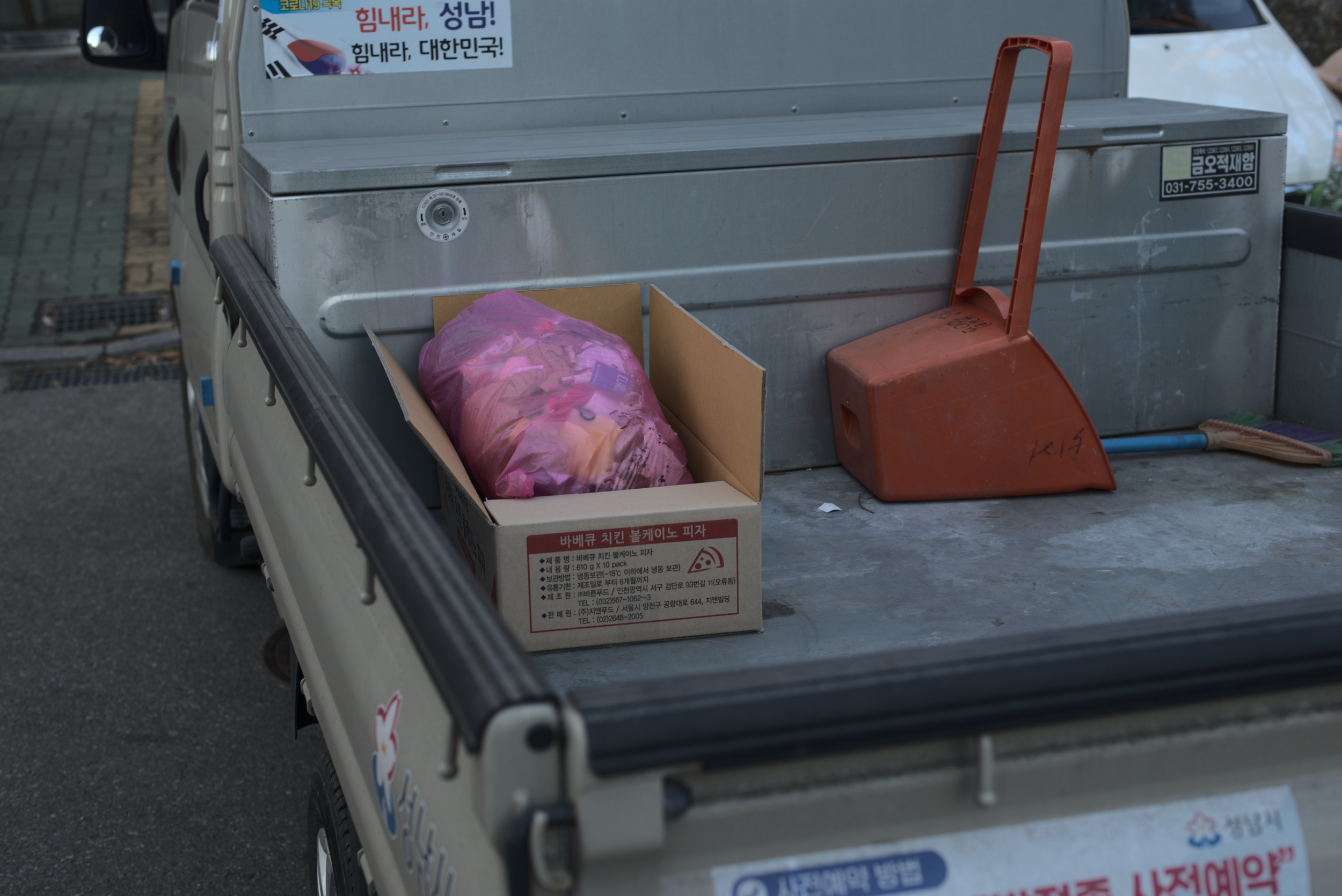 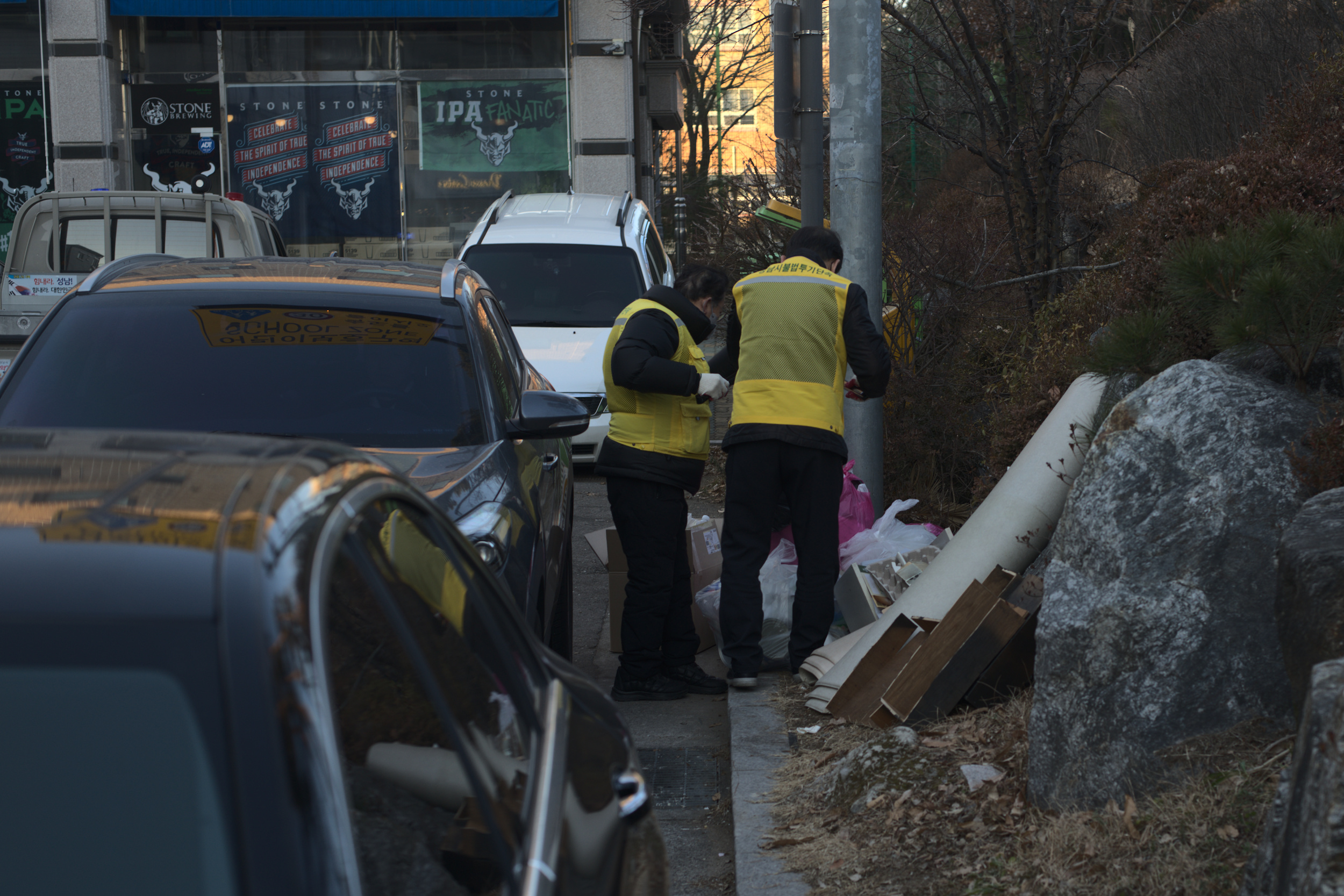 I wish they would put up something up so you would not see all the trash on the street.