a summary of actively develloped ones

I often would like to welcome new Tent users with a list of apps they can use so they realize that Tent is not just the tent.is website but much more. Therefore here is the list so I can link to it :) I will only link to apps in active development.

The microblogging apps are the ones which do the same thing as the tent.is website, basically copying Twitter.

Bungloo is the desktop client I myself am developing, you can run it on Windows, Linux and OS X. It is developed as a open source app and is free of charge right now but in the future (most likely when Tent becomes version 1.0) I will bundle it differently and sell it.

Splatmonstar is an Android client developed by Sean McArthur. It is not open source but you can use it free of charge. 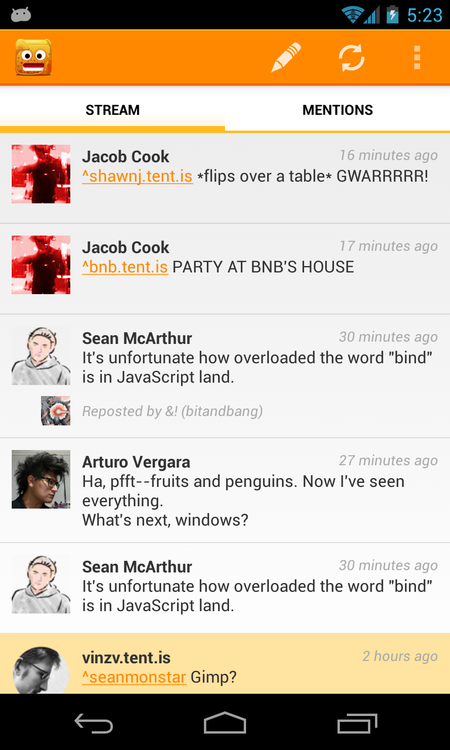 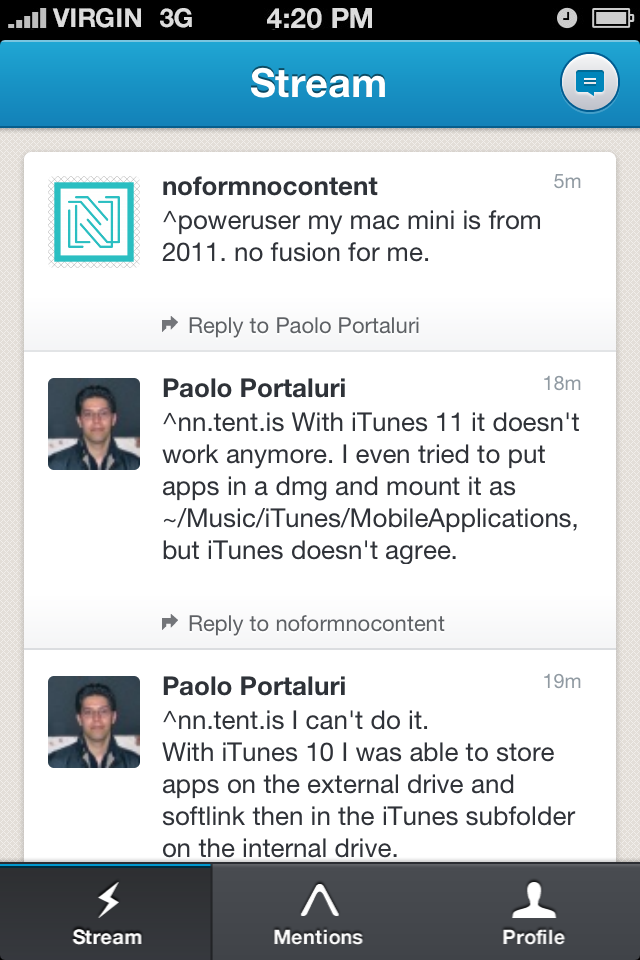 There is a blogging solution even though it is a bit unorthodox, there is one webapp with which you can write and edit your posts and there is another one with which you can publish them to the public. Sadly there is no app yet to show essays by people you follow but I'm told Diary will implement that in the next version.

Diary is a open source web app developed by Benjamin Bouvier for publishing and editing of essays on a Tent server. 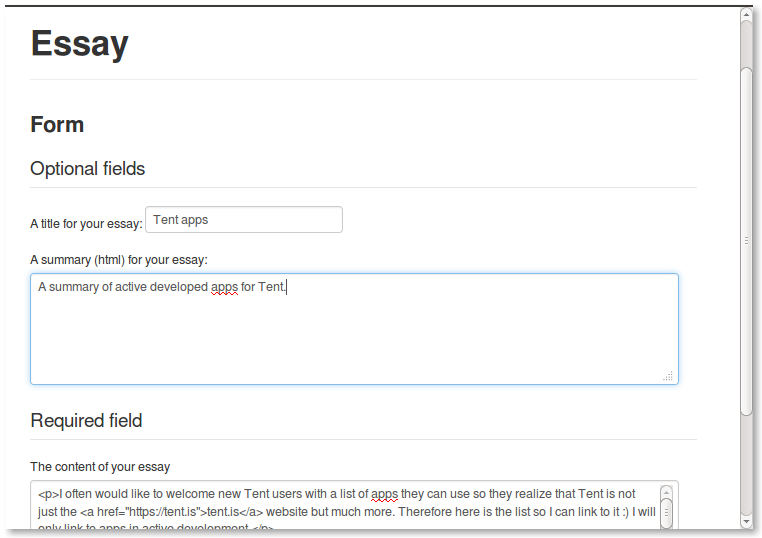 Reevio is a open source web app developed by Yannik with which you can display public essays as a website. The cool thing is that it is quite easy to customize the HTML and CSS. 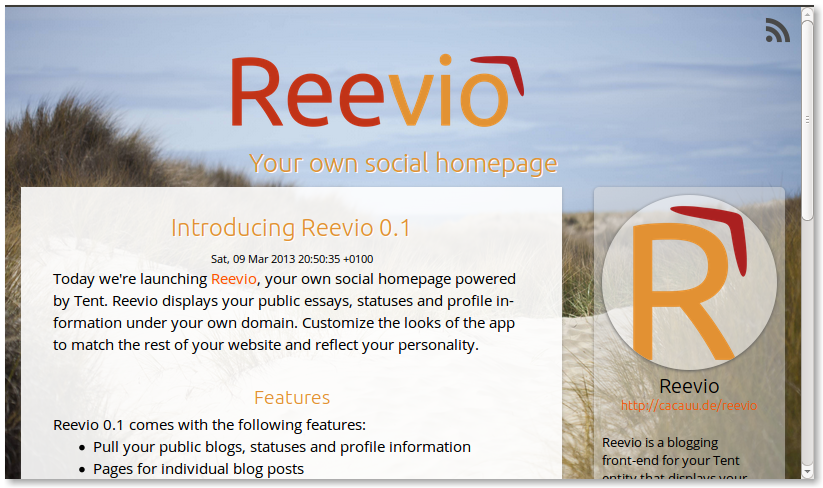 Check also out CampNews who are publishing interesting news about the Tent community. They also have a cool spreadsheet which describes and compares all the apps.

skate.io is a global search for Tent, sadly it is a bit broken right now so no new users are added to it but hopefully this soon will be fixed.