Richard Dawkins, James Randi, Graham Linehan and many others are there, me too!

Tonight I am heading to London for The Amaz!ng Meeting.

TAM London 2010 is a world-class fundraising conference which this year is being held on 16 – 17 October 2010 at the Hilton London Metropole hotel. Join amazing speakers and over 1000 like-minded delegates for a fundraising celebration of science, critical thinking and entertainment in the heart of the city. 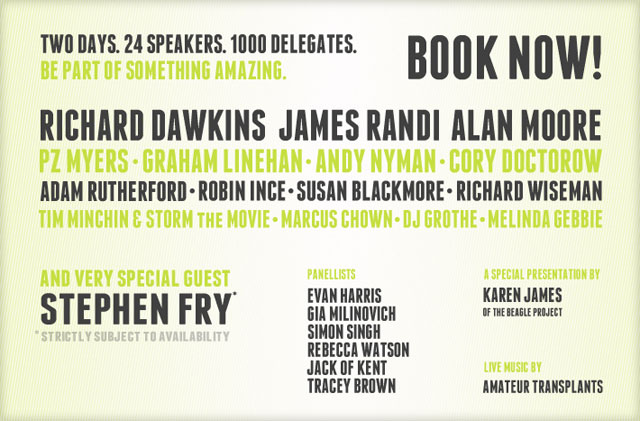 That are some of my absolute heros, especially James Randi, he's really old but still one of the sharpest minds around.

I'm really lucky to have a cousin who lives in London and I can spend the night at her place. For me as a student the ticket price was really a shit load of money, £208.00 + the flight from and to Gothenburg in Sweden.

I'll update Twitter during the weekend, and you can see the updates here: