Happy I was able to vittness it

I decided to use Airbnb so I got one room in a couple's house. I can use the kitchen, living room and bath too and sometimes we sit together and talk in the evenings. They traveled the world a lot but that's another story which I will cover in a Podcast which we will record tomorrow.

The house is a bit off the beaten tourist paths and through sheer luck the districts around this area here all celebrated some kind of mini Shinto festivals.

Shinto is the ethnic religion of Japan that focuses on ritual practices to be carried out diligently, to establish a connection between present-day Japan and its ancient past. (W)

During lunch hours there were mostly kids outside who had their own processons. They carried a mikoshi:

A mikoshi is a divine palanquin. Shinto followers believe that it serves as the vehicle to transport a deity in Japan while moving between main shrine and temporary shrine during a festival or when moving to a new shrine. Often, the mikoshi resembles a miniature building, with pillars, walls, a roof, a veranda and a railing. (W) 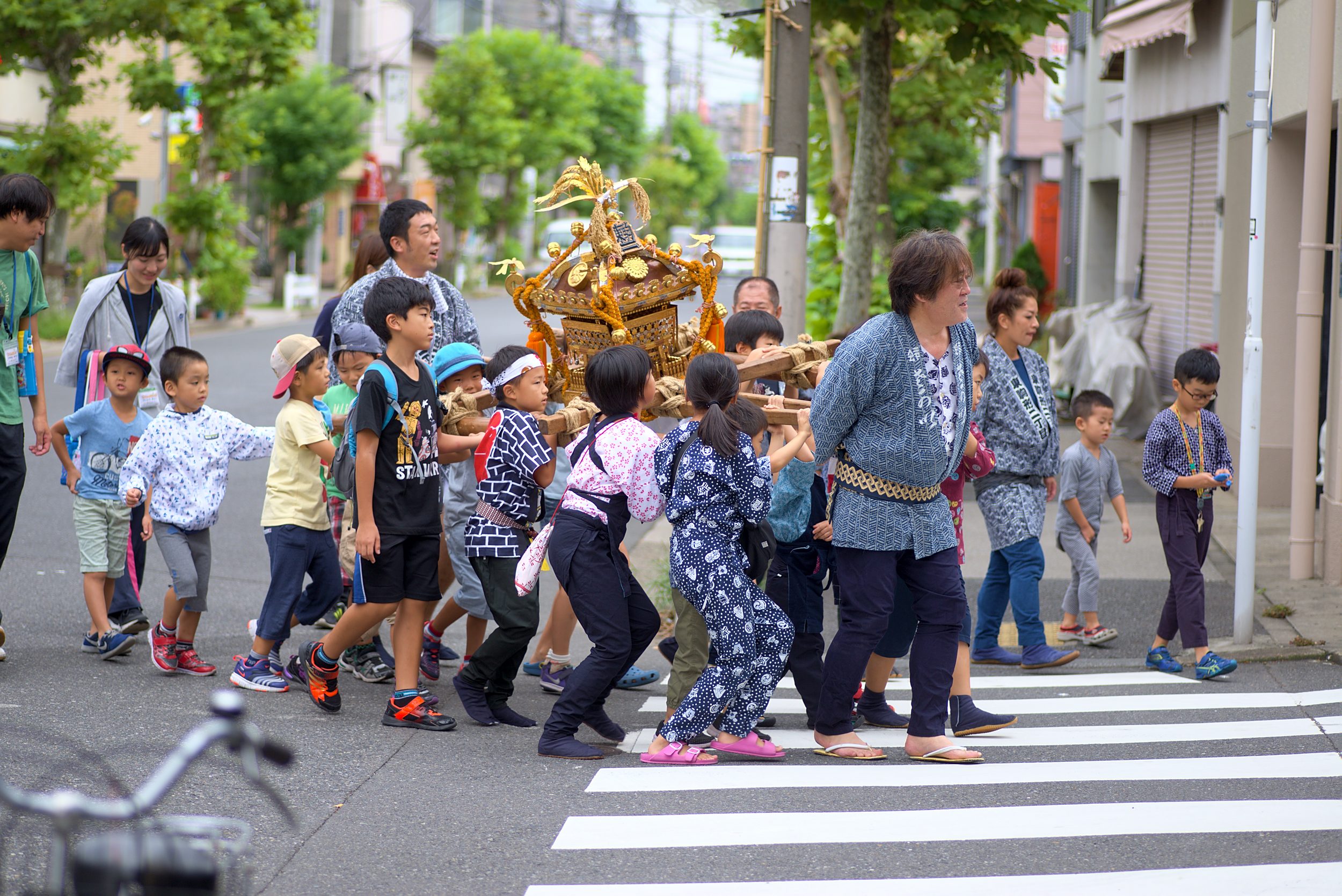 They had a small one but it was heavy anyway. As you can see in the picture they had a little bit help of some parents. They also had a big drum which some of the kids played to a rythm. It took a couple of hours and while walking around I saw at least 7 different processions with a lot of children having a blast.

Then more and more young people appeared, they carried a mikoshi which was much more heavy so that about 25 people carried it together. They did so while chanting and sometimes jumping. 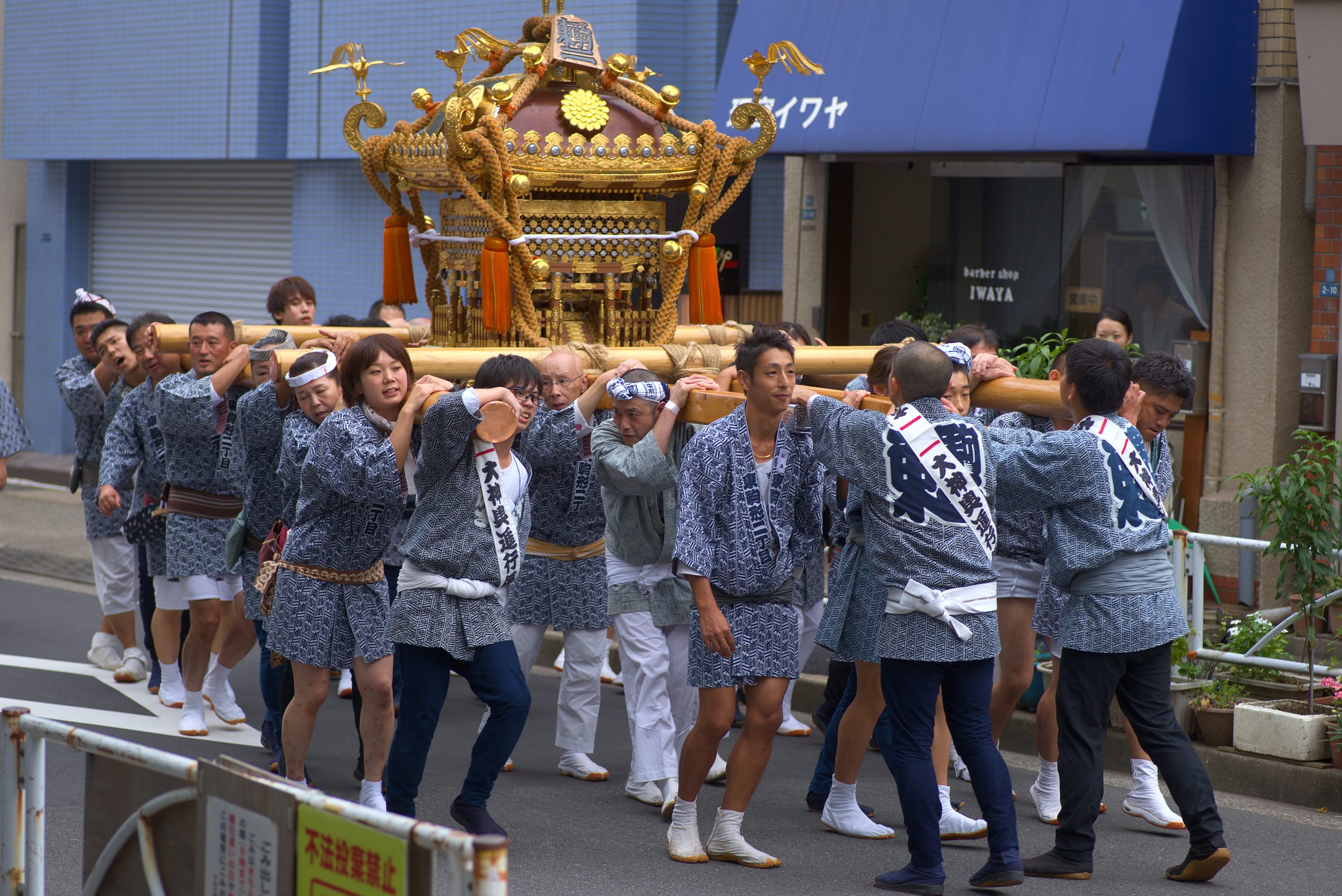 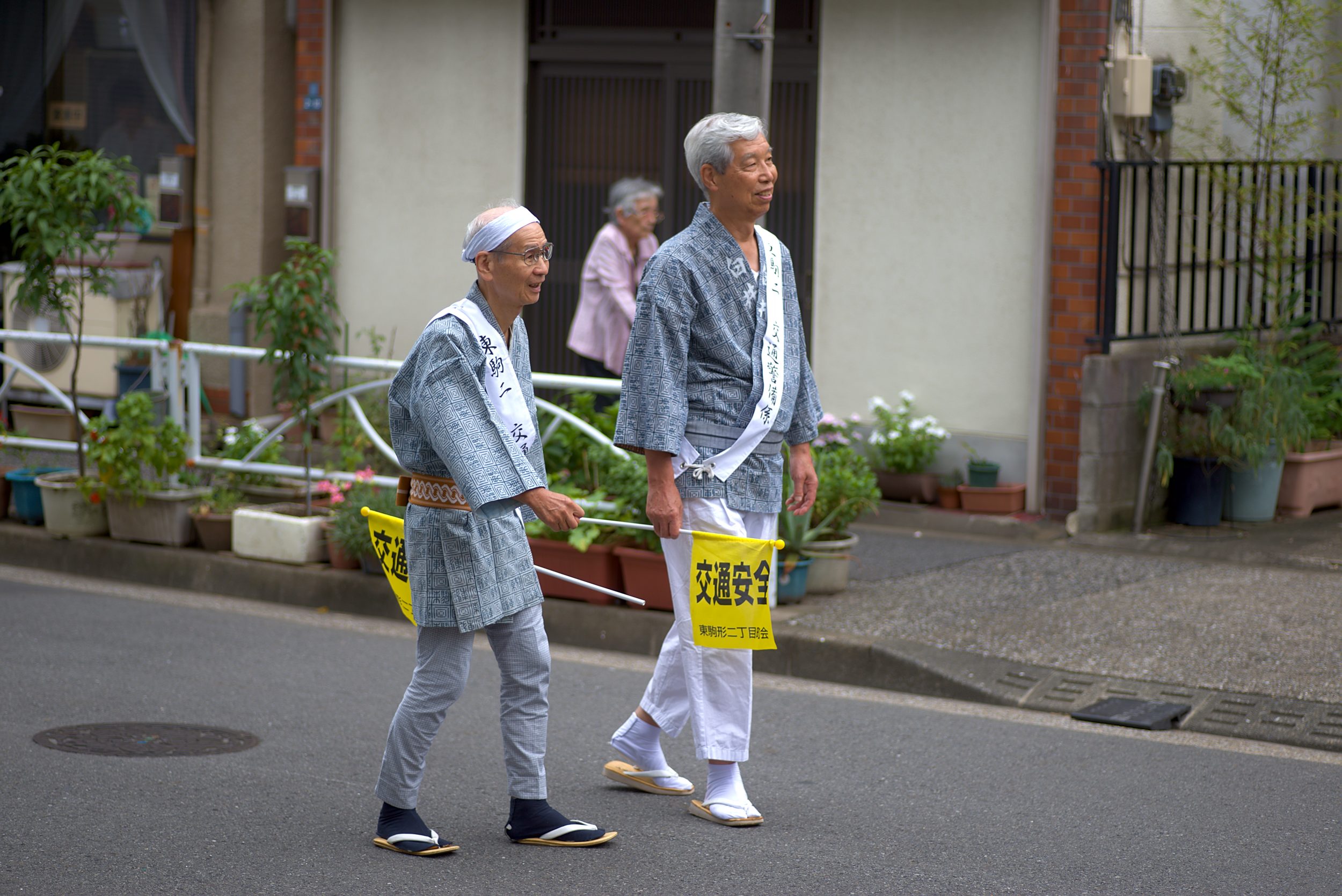 And obviously, because we are in Japan, there is a job for everyone, the old men had the task to secure the streets so no car would drive into the croud. 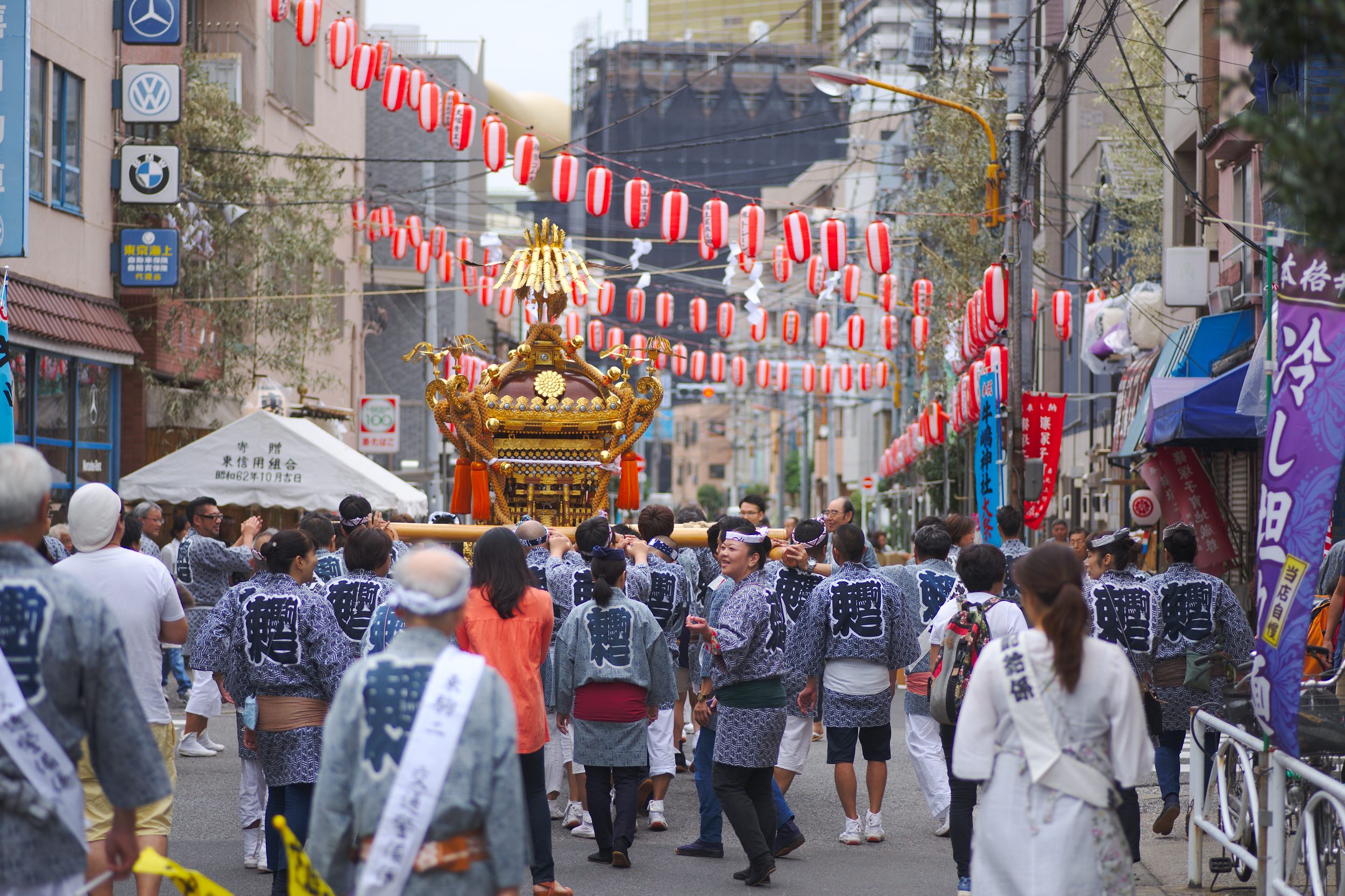 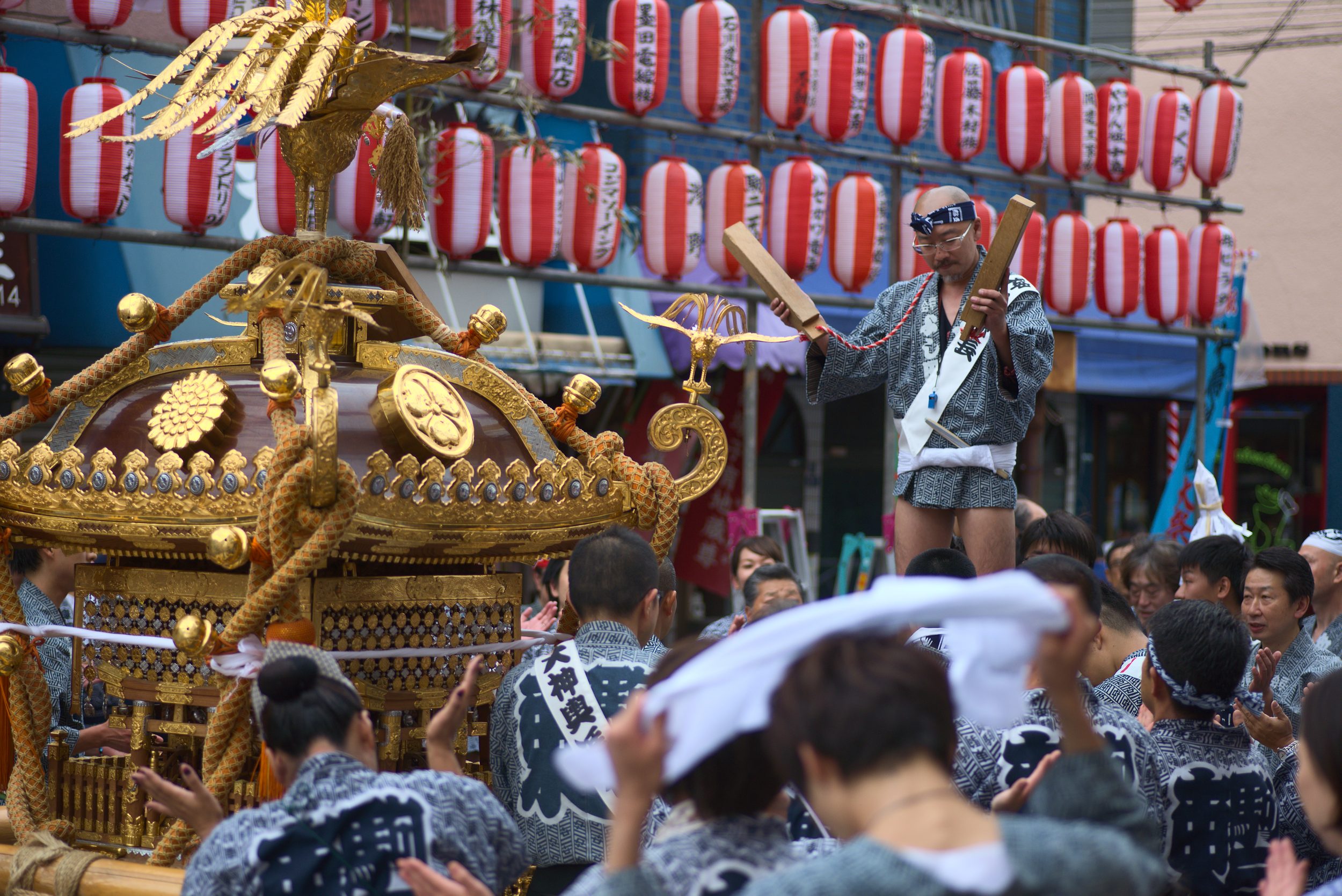 The parade ended once they went a couple of times around the blocks by the one person who was giving the tempo with two wooden planks being put up and making some more noise. 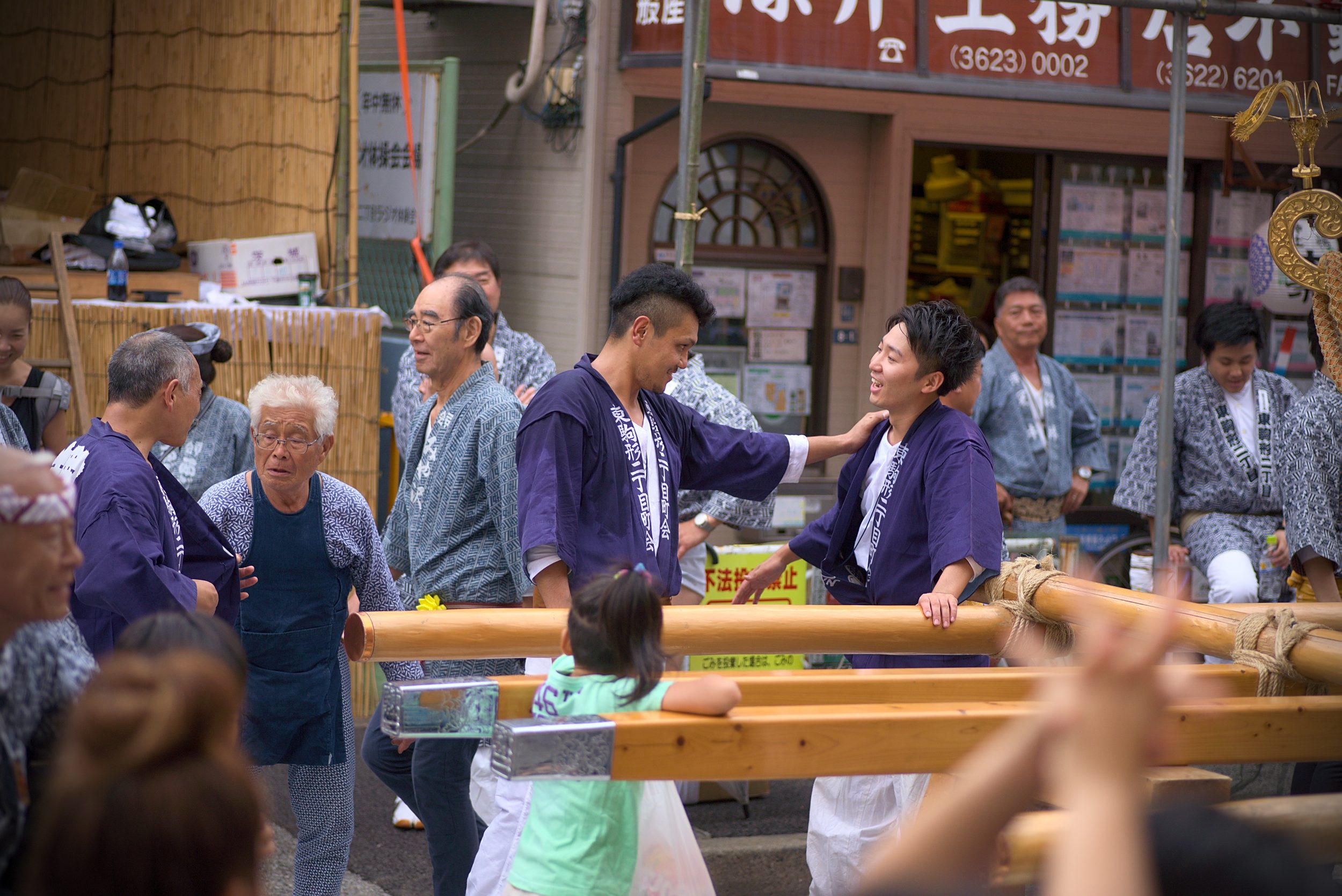 After a well done job people were very happy and talked while taking care of the mikoshi and putting it back into the Shrine.

A shrine is a holy or sacred place, which is dedicated to a specific deity, ancestor, hero, martyr, saint, daemon, or similar figure of awe and respect, at which they are venerated or worshipped. (W)

Afterwards it started raining which was a bit of a pitty, but many people were prepaired. 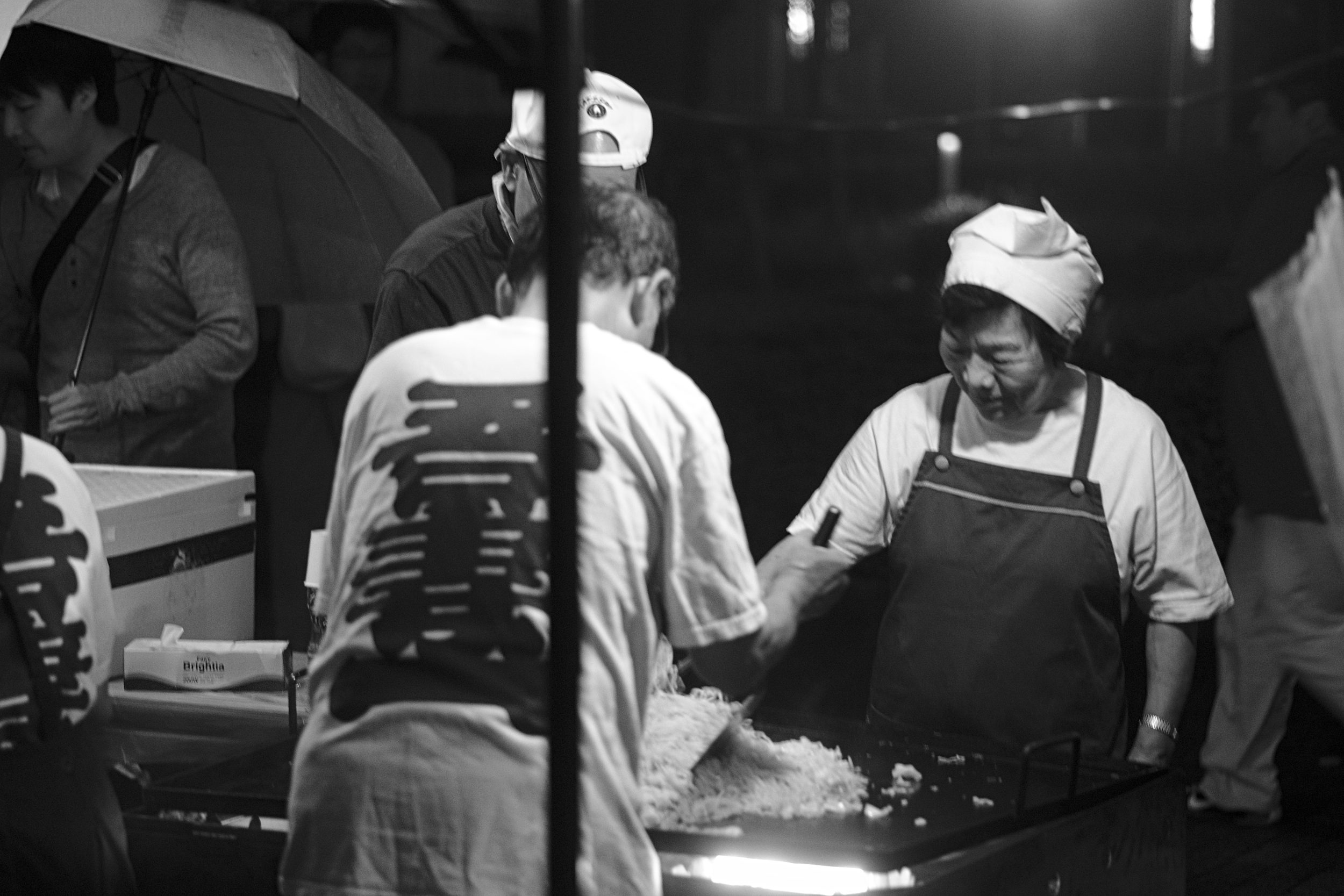 They had small stands where they sold cooked snacks and japarese Asahi beer, which tastes like a really cheap lager, like a Budwiser basically. 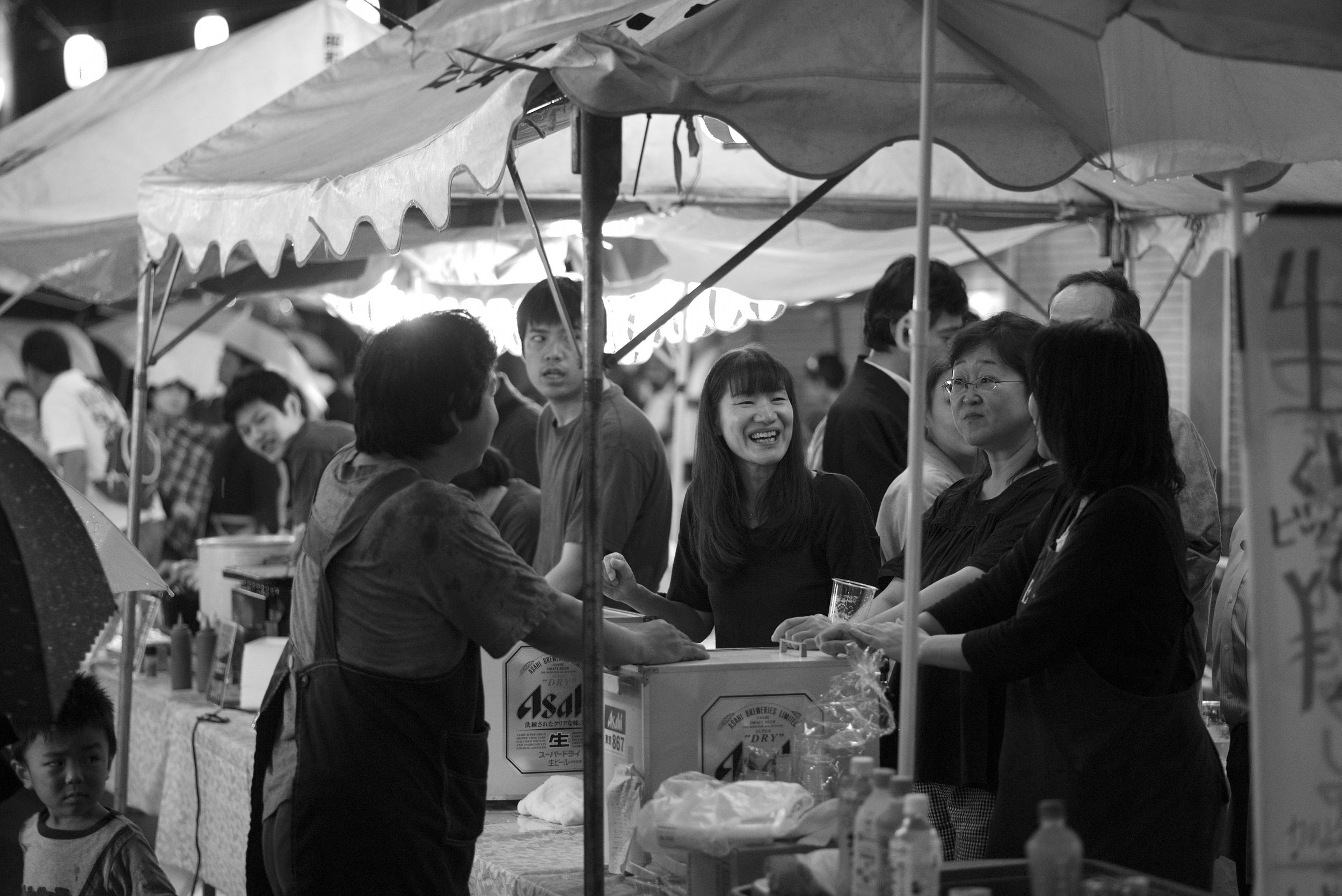 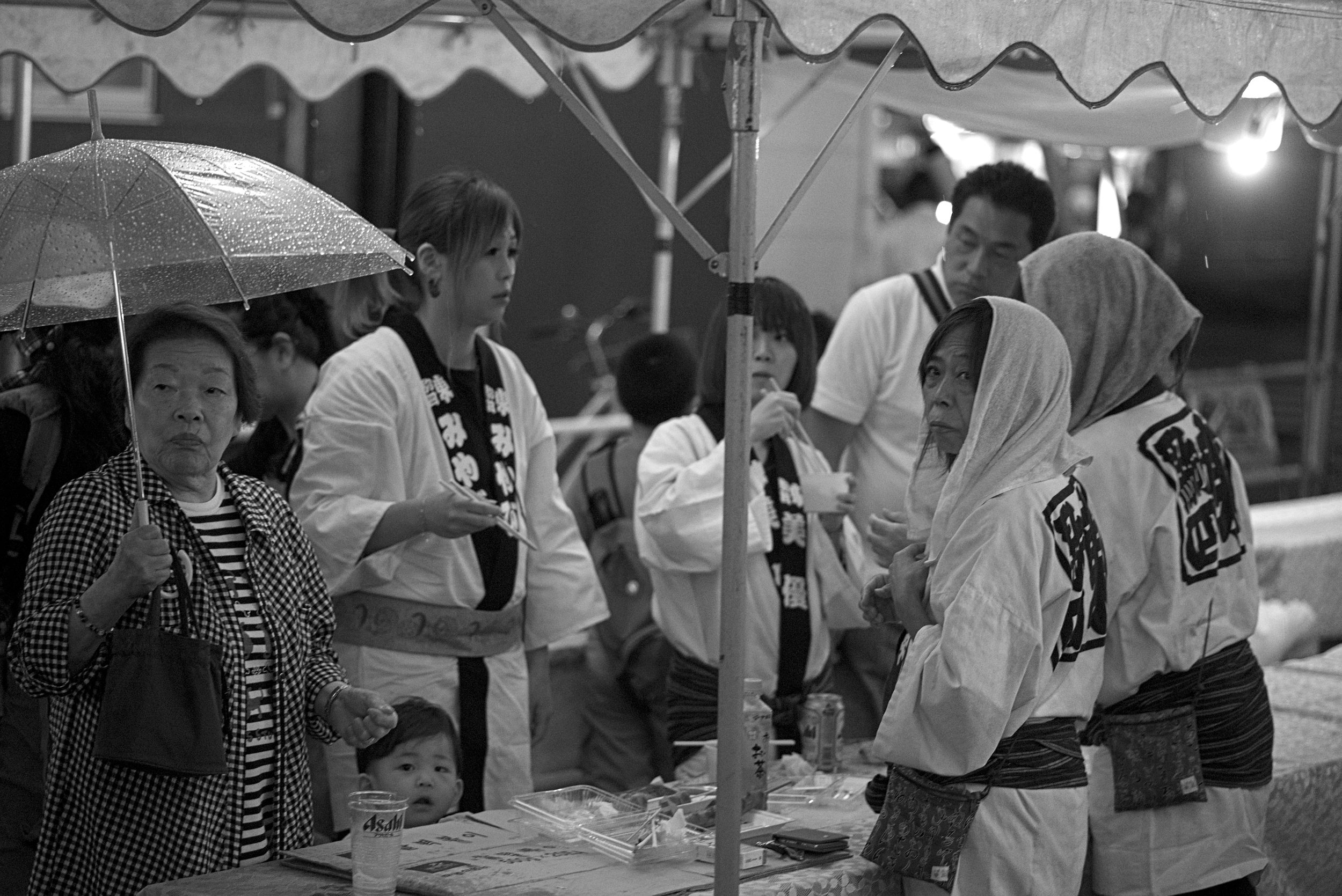 Every district had a different special event, my district had children playing the traditional japanese drums to music. But others were much more elaborated like the dancing act in which mostly older women participated. 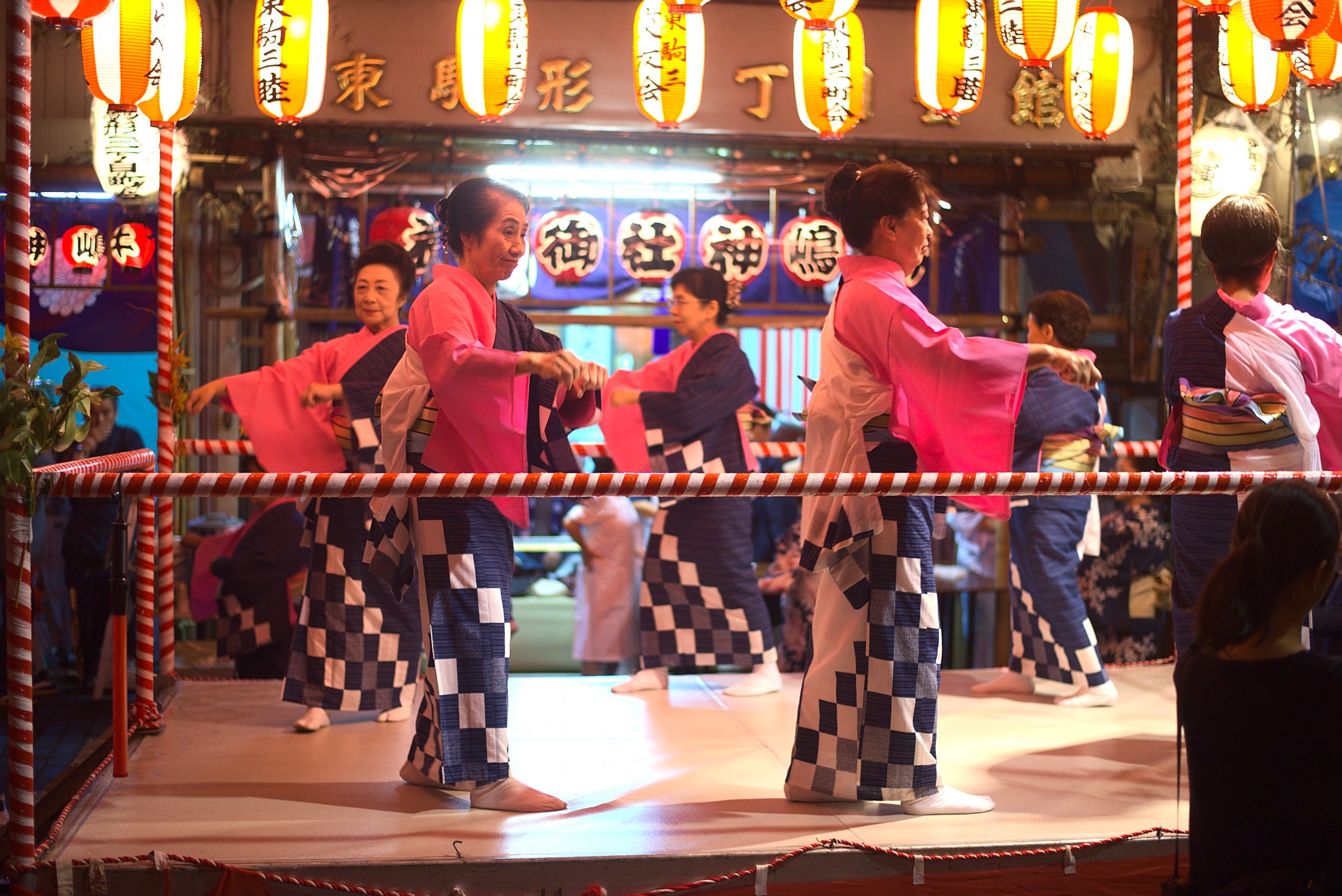 It was really a nice day and I was happy to be able to vittness such a japanese tradition which happens only once a year in a district.