Trying to understand code from a TV series

I am watching a TV series called "Real Humans", made by the Swedish television. It is quite good actually and takes a new take on criticizing racism. Instead of showing for example white people vs. black people the series play in a parallel universe to ours in the same time but where some genius was able to create "Hubots" which look and act almost like humans but have no free will.

Anyway, before this genius died he wrote some code which if run within such a Hubot it would make him/her free, they would get free will. This is obviously very dangerous for the humans on the planet so there is much drama around that code.

The villain has the code, but lacks a crucial part of it the "key" which naturally creates much drama while he tries to get it. Now at the end of S02E05 they show this key in plain text: 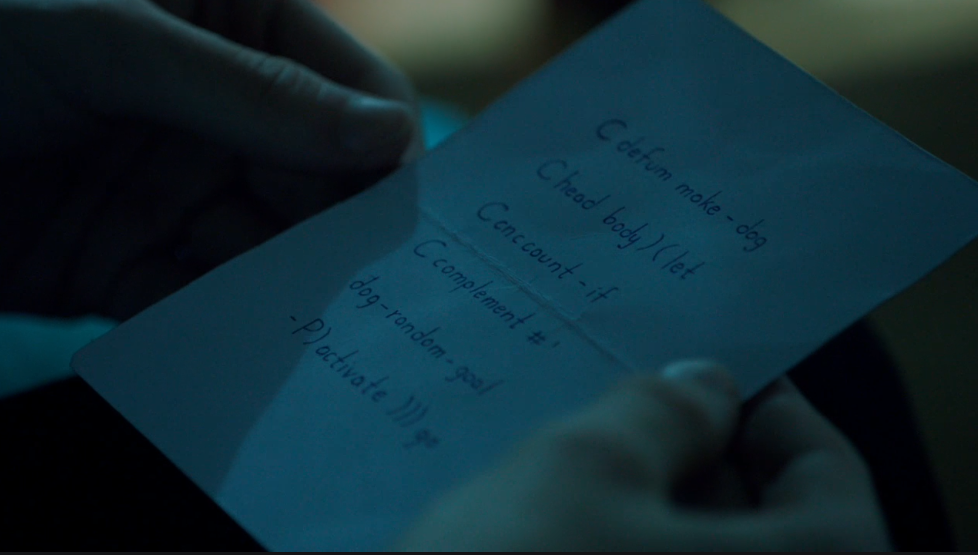 It is quite obvious that this is Lisp code which someone has copied by hand and made some mistakes by doing so. I haven't programmed in Lisp yet but let us rewrite it with the right syntax:

[udpate] I'm not sure about the go at the end, but I got the updated code from a friend which in theory should at least have the right syntax.

At the same time, I'm not really getting a pop-culture reference here, do any of you?

[update] In the next episode you can see the part where this key-code will be added to, looks much more like lisp too: 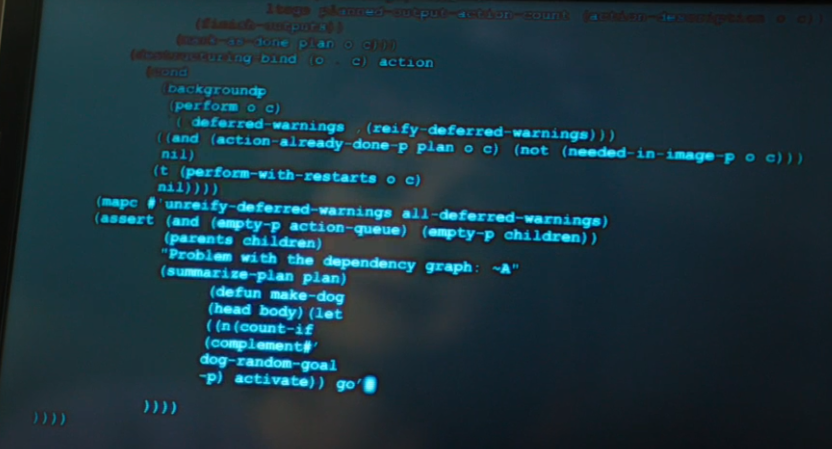 @wto_ haha, yeah kind of, but they can talk and do work and have sex with you. (jeena.net/notes/109)

I was watching the TV series "Äkta människor" and am trying to read their source code.