On our road trip through Italy we stopped in Palermo

Me and my brother are doing a road trip through Italy and today we're in Palermo, which seems to be famous for it's street food culture. We will miss the Street Food Festival which is next weekend, but still we tasted some weird stuff here already.

For lunch we had a Pani ca’ meusa, which is basically a bun with a lot of spleen meat. It sounds awfull but they prepare it in a special way so it was really quite good for being spleen. Later we also had a Arancina which is a fried rice ball with meet in it. Sadly we got it from a bistro where they didn't prepare it fresh but just reheated it in a micro wave, which for food is always a really bad sign.

But now to the fun part, while walking around we saw people preparing for some night event. I think it was the Vucciria market. 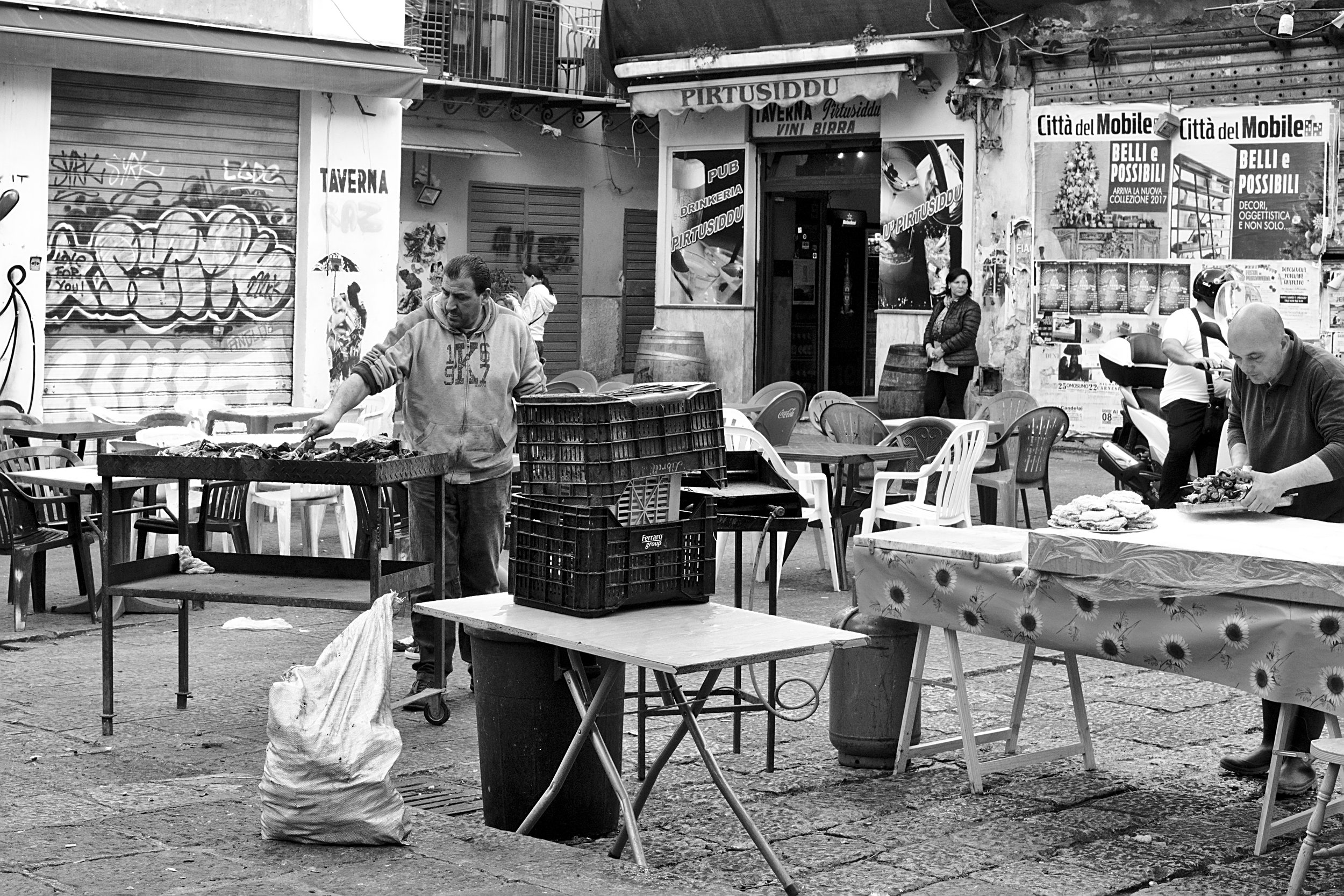 Here they were starting the grill and getting all kinds of sea food prepared for grilling during the evening. 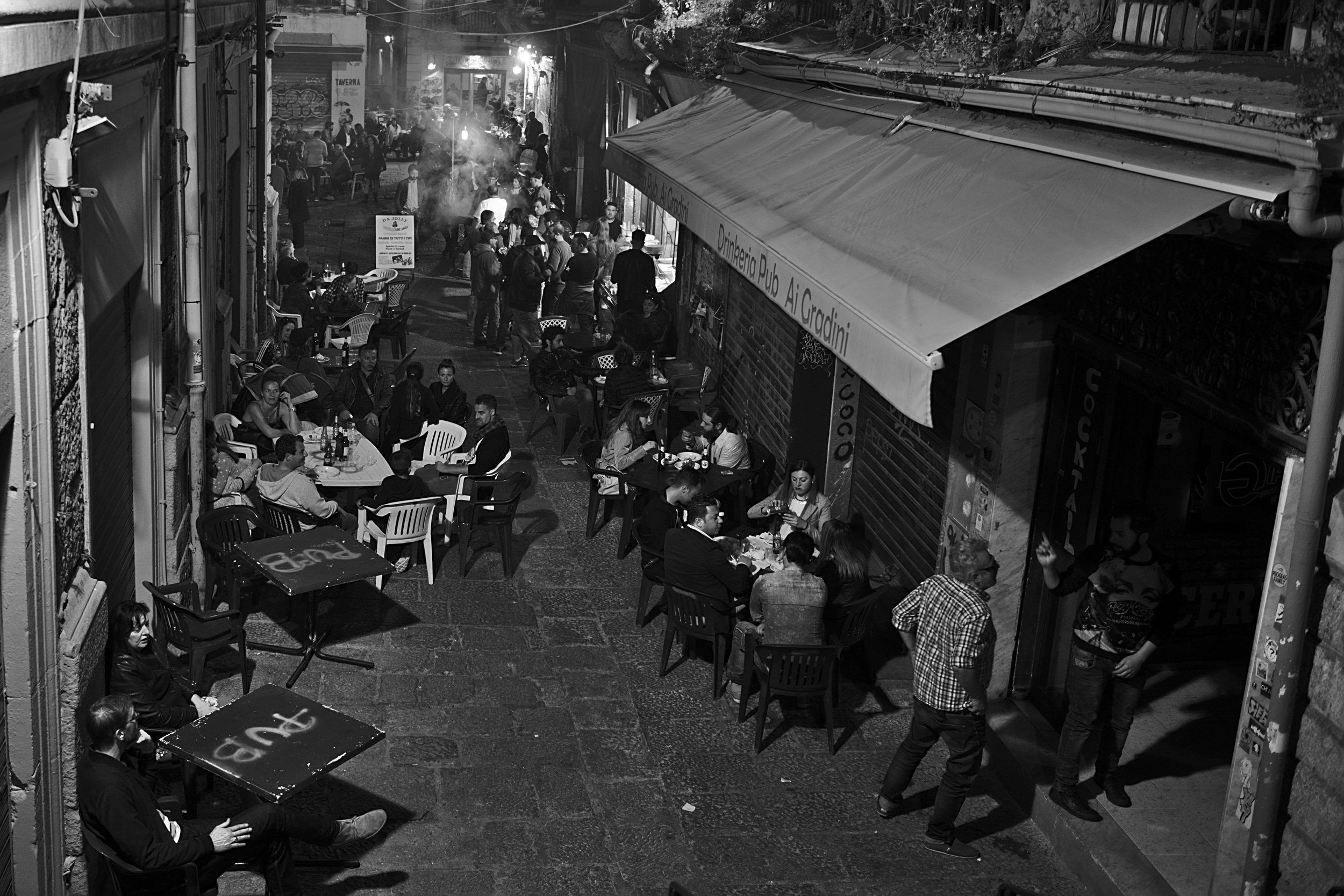 I decided to go back there after it started to check it out and to document it a little bit, so after 9pm I was there to see the party going on in it's full glory. 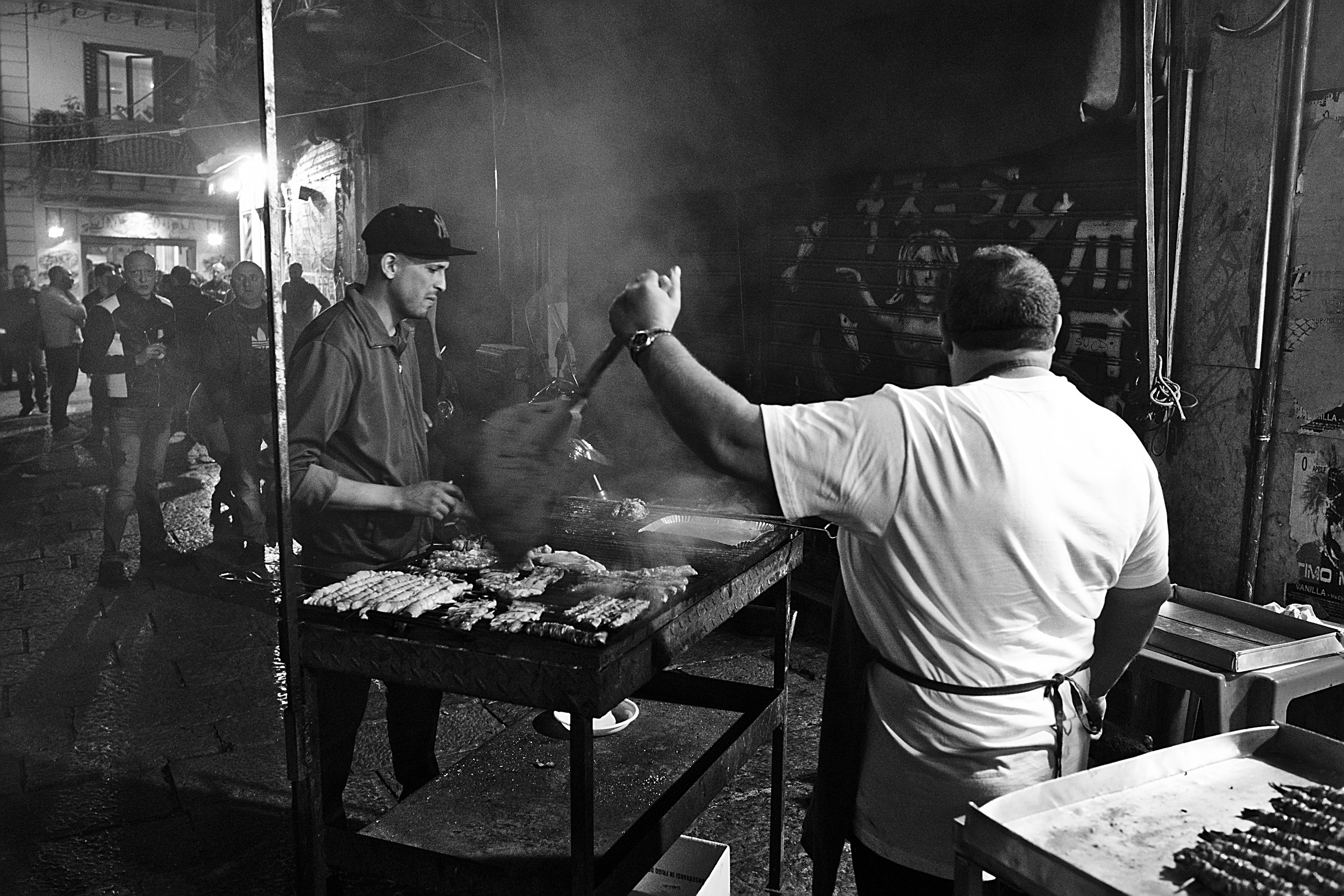 There were those guys grilling stigghiola, which are goat and sheep intestines rolled around some fresh green onion leafs I believe. When they saw me they emediatelly said that such a big guy as me will shurly try some of their speciality. I bought some, they always have some lemons cut ready to season basically everything. It was tender and quite ok, but it didn't taste a lot actually. 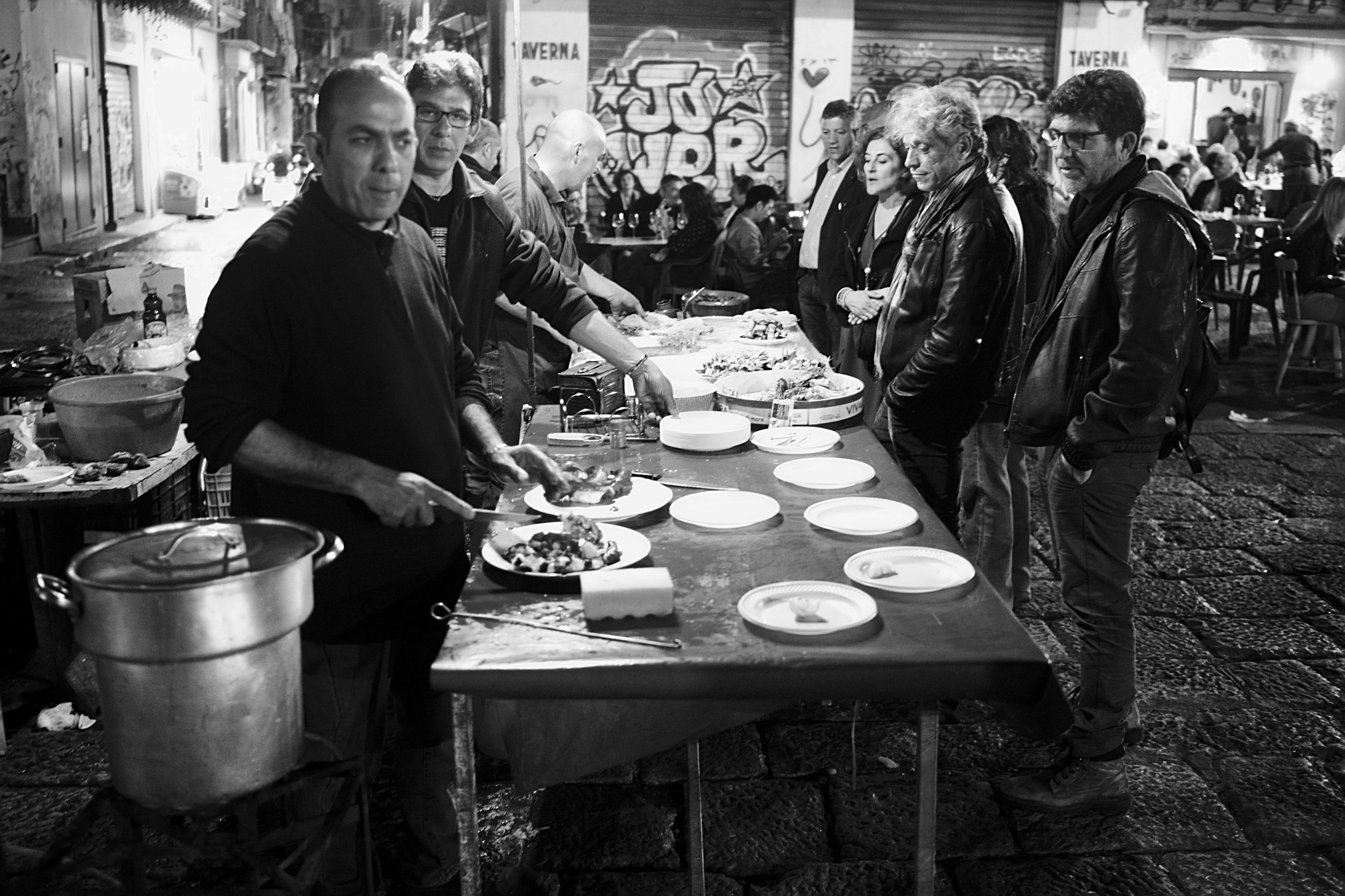 The guys we saw preparing before now were grilling frutti di mare and cooking big octopus arms, in the picture above the guy was cutting one of them into smaller peaces which was quite some work it seemed. 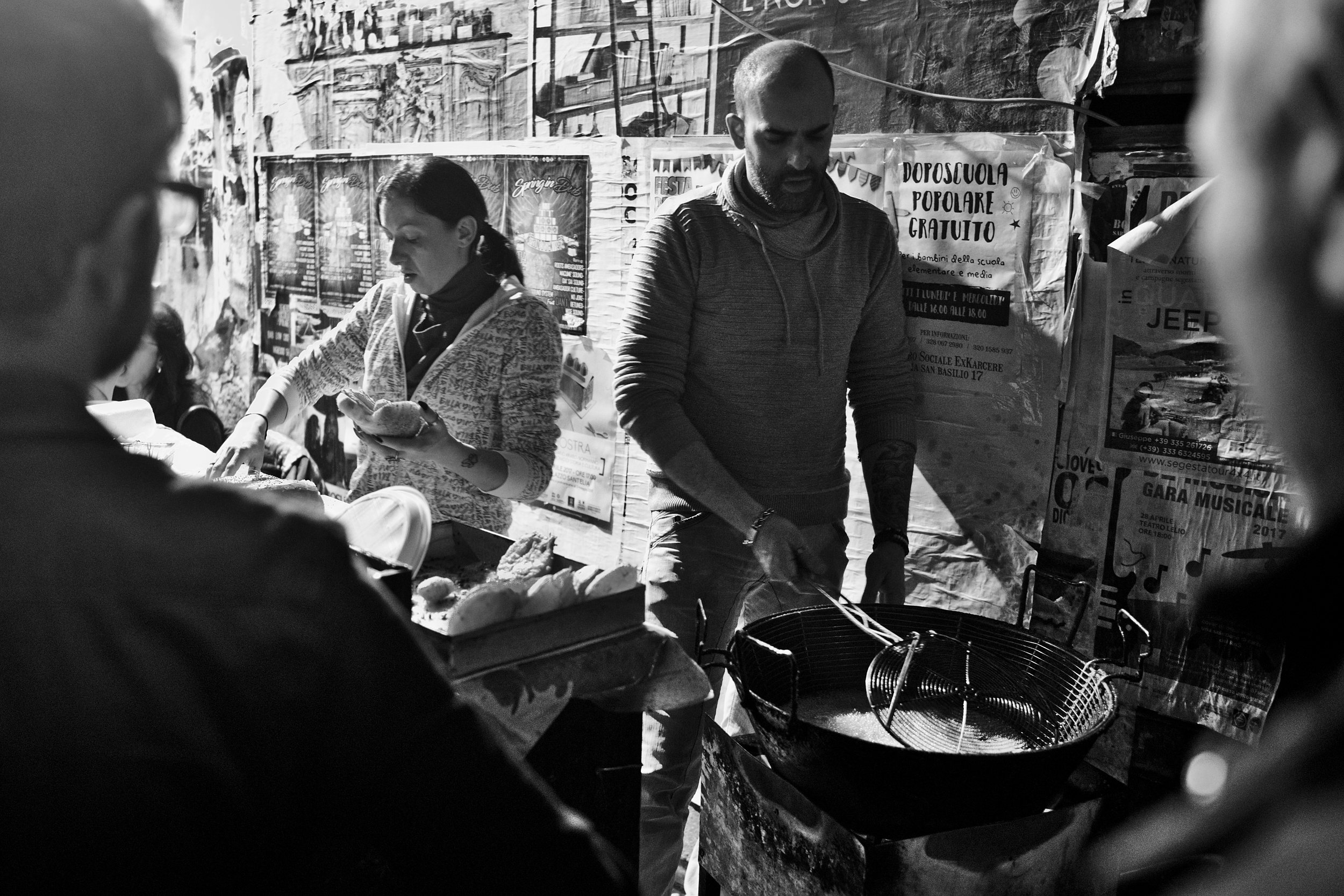 On the other side of the market a woman was preparing the buns for pane panelle e crocchè, while the man was grilling the stuff which goes in, which are potato croquets and other things which I didn't quite get. It looked delicious and many people were waiting in line, but I didn't take anything because I can't taste everything in just one day. 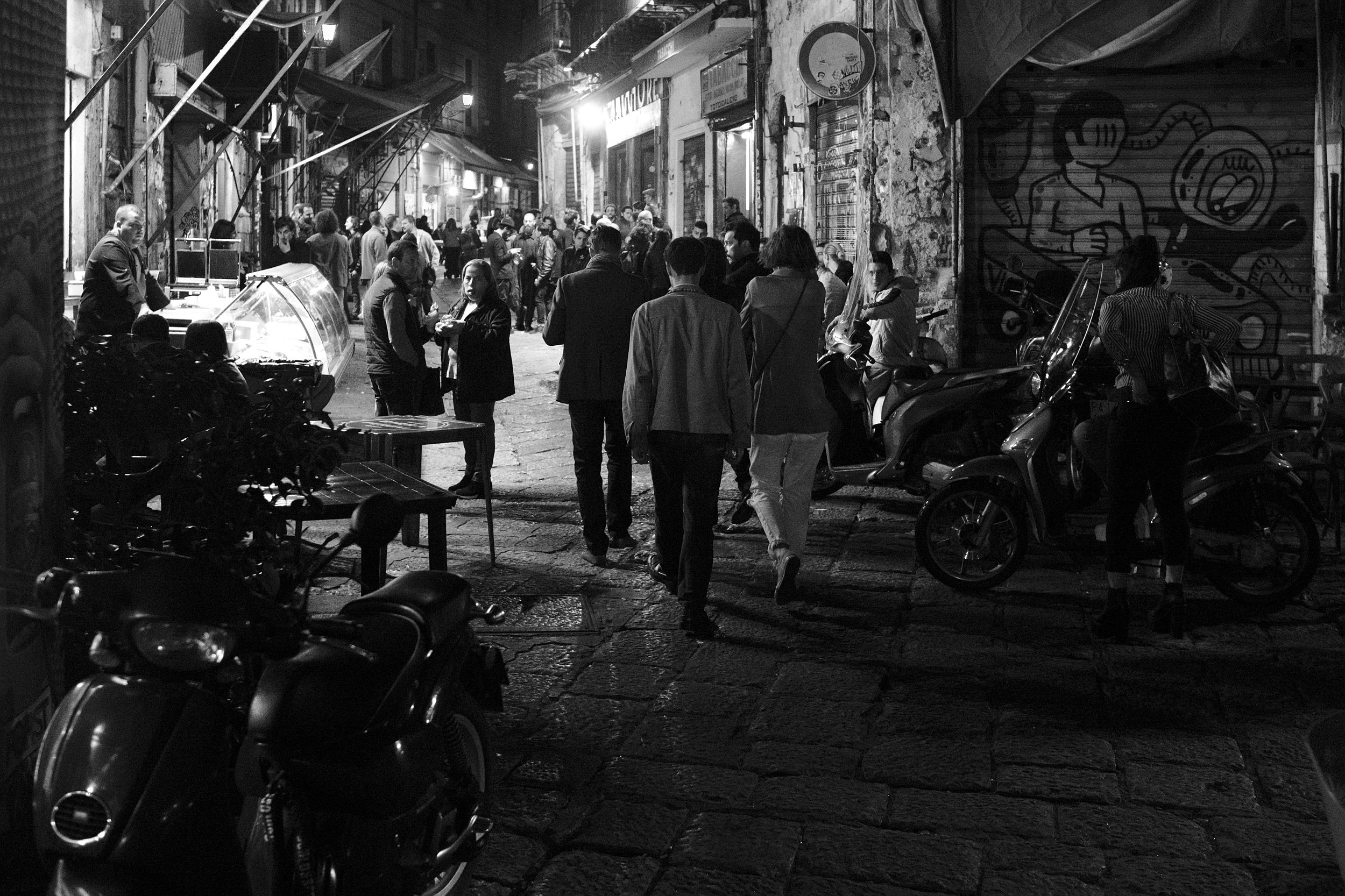 The shops and restaurants around had still open too and were mostly selling beer and other drinks. 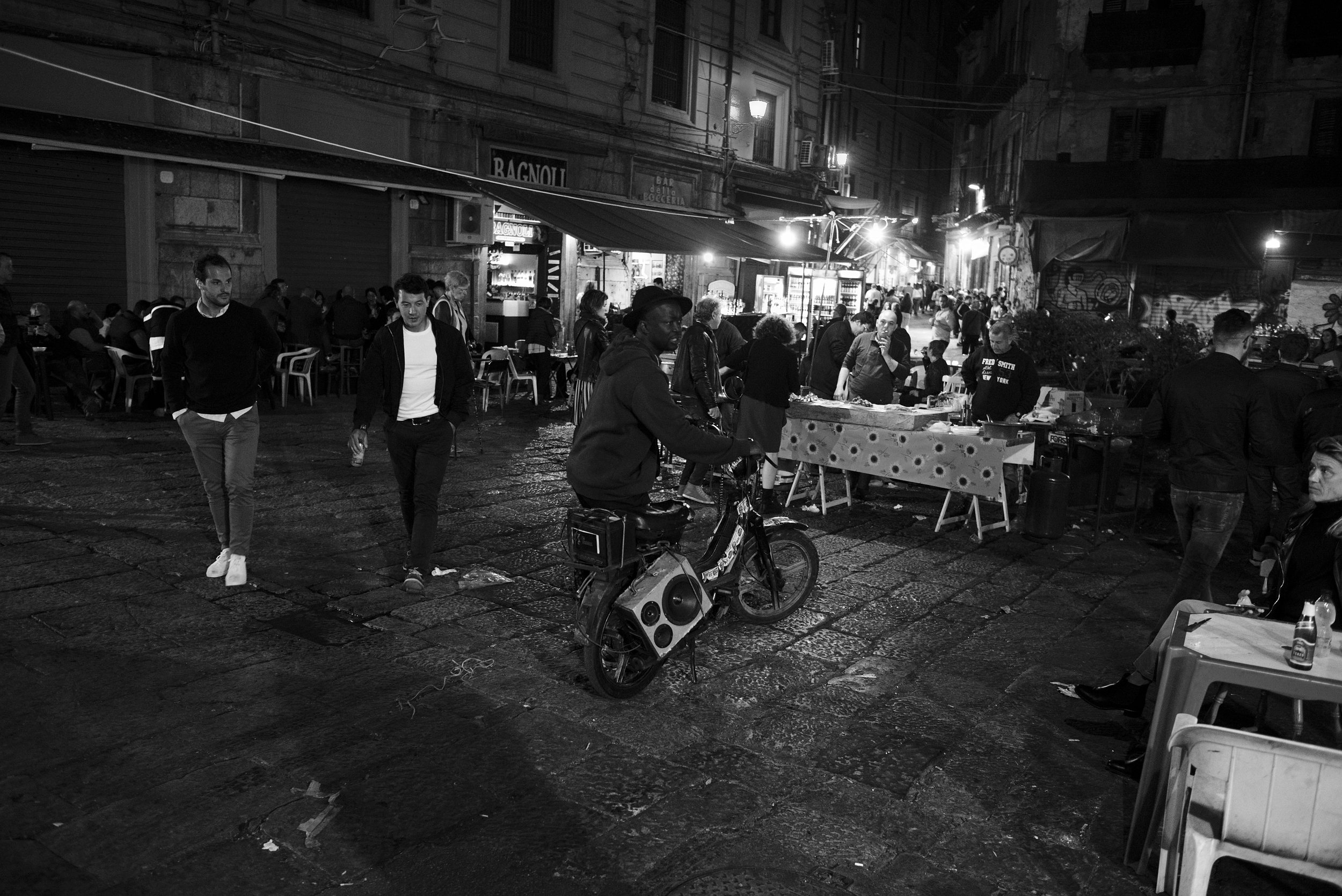 Later, just before I was going back to the hotel a black guy came on his moped on which he had a complete sound system hanging on, wih a car battery powering it. He was playing reaggy music, lauder than every other stand there.