Or do I just not understand scientific articles?

Before you read this article check the website http://hasthelargehadroncolliderdestroyedtheworldyet.com/ if it says something like "YEPP." or "YES." don't bother to to continue reading.

If it on the other hand says "NOPE." check the website http://www.cyriak.co.uk/lhc/lhc-webcams.html to verify that the first site is really up to date. It is a live webcam which shows the LHC in Switzerland. Don't panic if it is offline, it could have a perfectly normal explanation like that they temporarily are out of electricity or the webcam is down for some service time.

If everything seems normal then you are of course allowed to read on my dear reader. 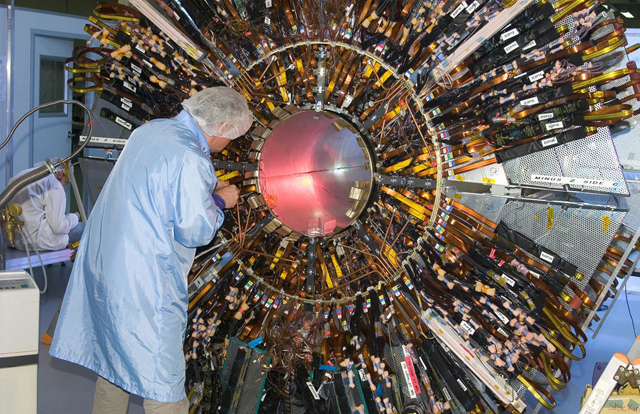 LHC at "The Big Picture" check out their pictures, they are mind blowing!

Every time scientists talk about the string theory I spectacularly fail to understand a word of what they mean. And this time is no exception. In the article Collider gets yet more exotic 'to-do' list – The Large Hadron Collider could throw up evidence of new physics earlier than expected. (via Jesper) the author states:

If his ideas are correct, then the LHC will soon start to access a two-dimensional universe.

What do they mean by "start to access a two-dimensional universe"? Are there new universes just popping into existence and one can, with help of the LHC, just "access" them? That would certainly explain how our universe came into being. But as Richard Feynman said:

If you think you understand string theory you don't. 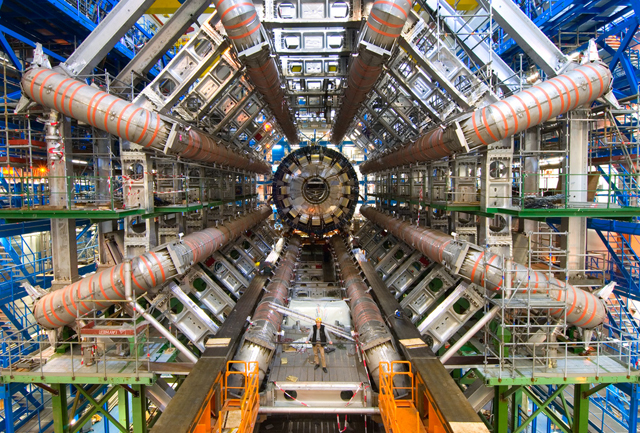 So I asked a friend of mine, he is a physicist and even if his main field is not string theory and particle physics he always has great answers for me which I understand. He explained it like this to me:

They do not simulate the big bang with help of the LHC (everyone who claims that is either an idiot and has no clue about it or overstated his analogy extremely). With the LHC surly no new universes pop into existence. Mini black holes are just plain speculation at the moment – there are some theories which predict them but all of them are completely speculative and never been confirmed experimentally somewhere else. (And especially in particle physics speculations often were completely wrong. I'll believe in mini black holes when I see the experimental data.)

About the dimensions; They claim (and I am very skeptical about it), that the universe got more dimensions as it got bigger and you can reduce the amount of dimensions when you turn up the energy density like it was ("shortly") after the big bang. You can see it happening when the collision points not accurue in all direction in space but just in a plane (for each collision another i assume and if you continue just on a line, etc.).

This is when their speculation is correct and then only on a really small local scale. And even if it's right it would not trigger the end of the world; This will be – as, thanks to Apophis, we all know – in the year 2036.

I hope I got the translation from German to English fairly right, it wasn't easy.