For better health and a better world

When I was little I lived in socialist Poland, back then most of the shops looked like this: 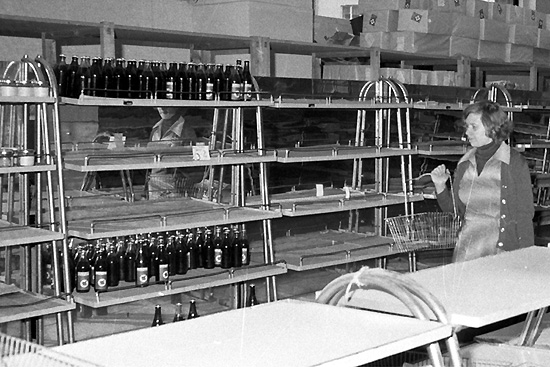 The only thing you could basically buy all year was vinegar. For nearly everything else you had to use your ration stamps in addition to money, which allowed the state to regulate how much meat, milk, cigarettes, etc. every person got. Back then my father worked in the coal mine under ground so we had gotten some extra stamps for meat and dairy products.

As far as I remember most of the days we didn't eat meat but we also didn't call us vegetarians. On holidays or Sundays we often had Roulades or meat chop, on Saturdays often some kind of poultry. But Monday to Friday mostly no meat products.

After my family moved to Germany this changed dramatically. Suddenly meat was always available so we ate meat every day. And now when I'm on my own I see me eating meat with every meal of the day.

A week ago a good friend of mine asked a question which nobody has asked me before: "Why do you eat meat?". Honestly, I wasn't prepared for such a question, so I mumbled things about how great it tastes, that protein, cavemen, and stuff. All things which are just cheap excuses in my personal opinion.

During the last week I had some time to think about this question, which most Vegans/Vegetarians get all the time just in opposite. And the only valid reason I could think of was that I don't know how to do it differently. 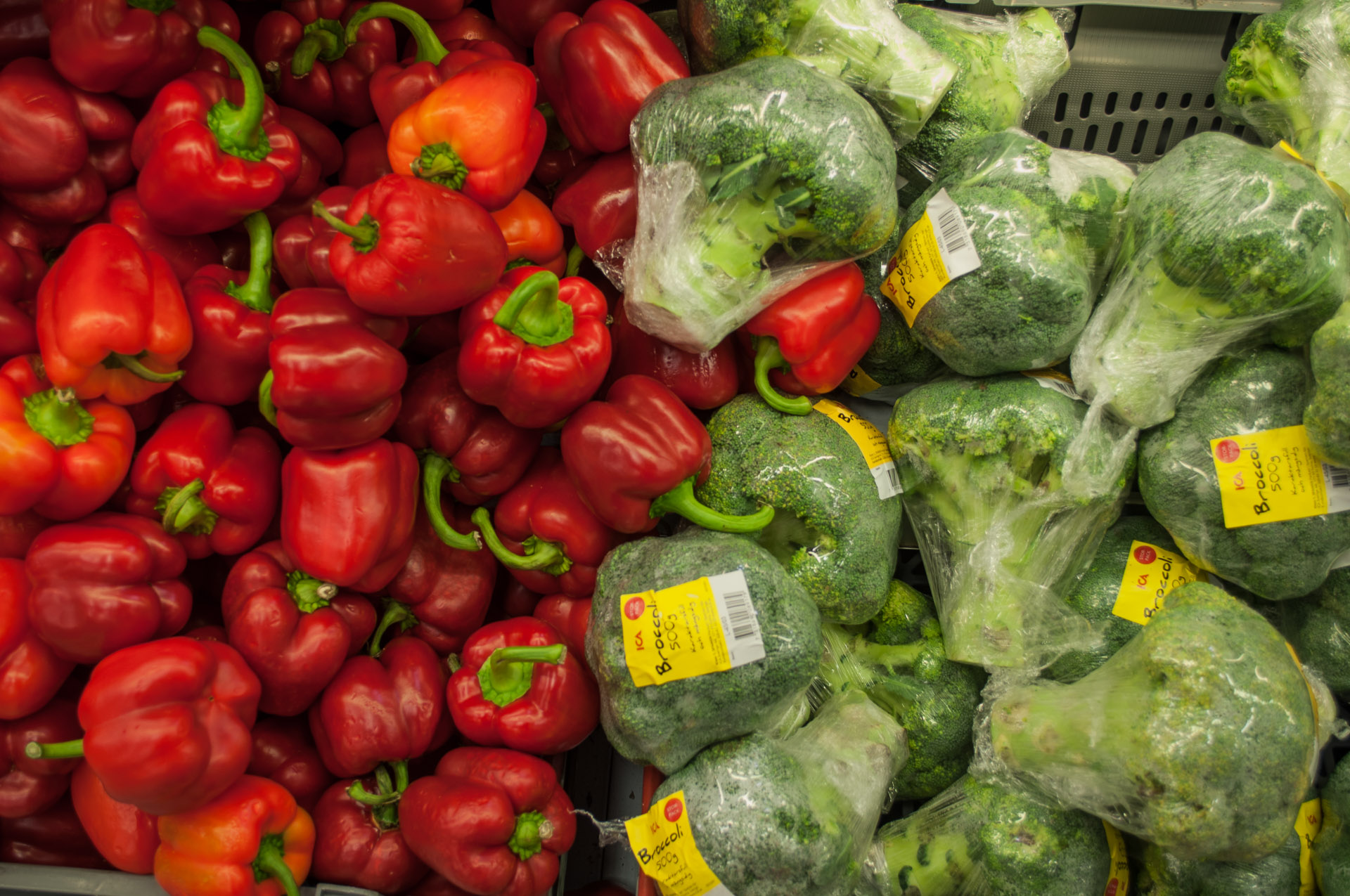 The good thing, I can change the not knowing part, so I called another friend who I personally know is a great vegan cook, because I tasted a lot of the dishes she prepared. I told her that I want to learn how to cook vegan because I want to have the skills and knowledge so I will be able to choose from a wider alternative range of dishes.

The first, and in my opinion the most difficult, step was shopping. When I shop myself I mostly buy the same things as always because I know that I like the taste, etc. There are so many alternatives to meat but I never bothered to check them out, just out of habit. And honestly meat is really easy to prepare, just add salt and pepper to it, a bit of oil and fry it, done. 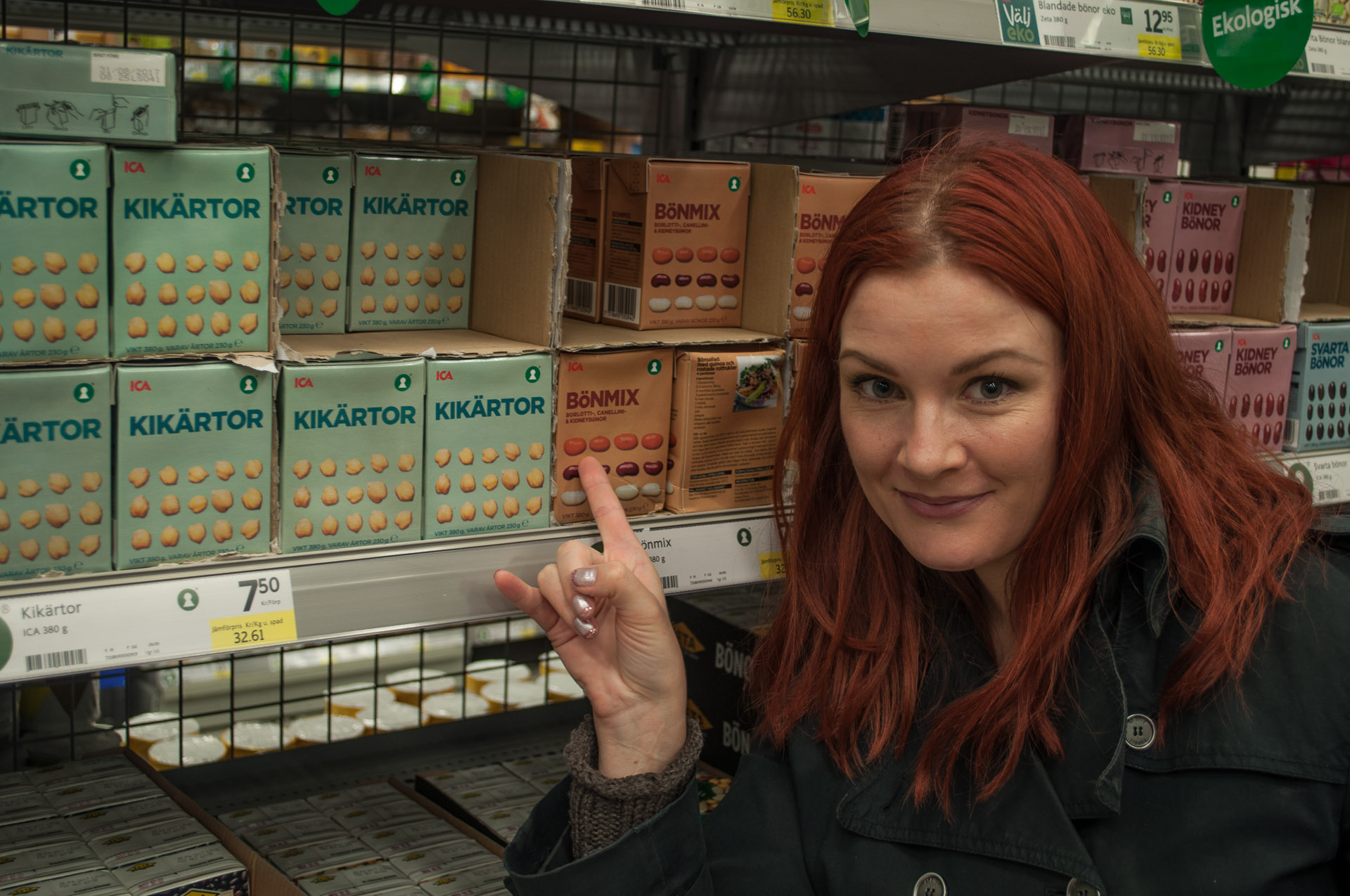 So we bought a lot of different spices good to have at home, especially I got the tip to use BBQ seasoning to spice things which are normally a bit blend. This way I'll hopefully will be able to transform beans, potatoes, parsnips, and so on.

She also showed me some brands, which surprisingly make super tasty meat alternatives. I've never seen them in the shop, where I buy my food in every day, before. Like for example: Oumph!, Tzay and Hälsans Kök. 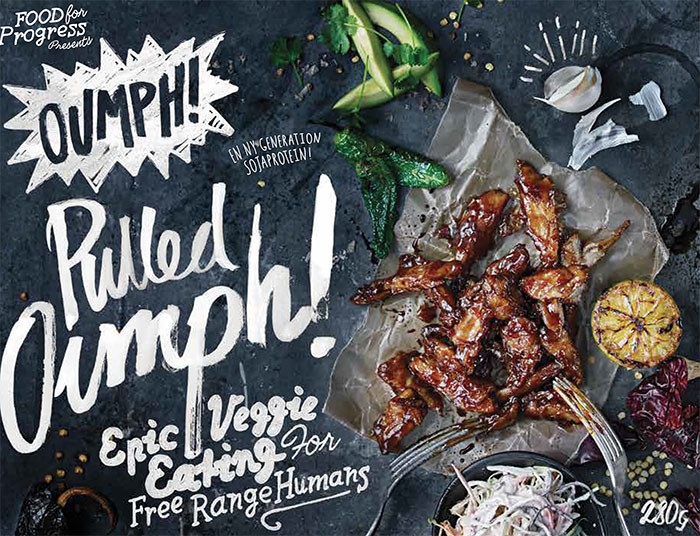 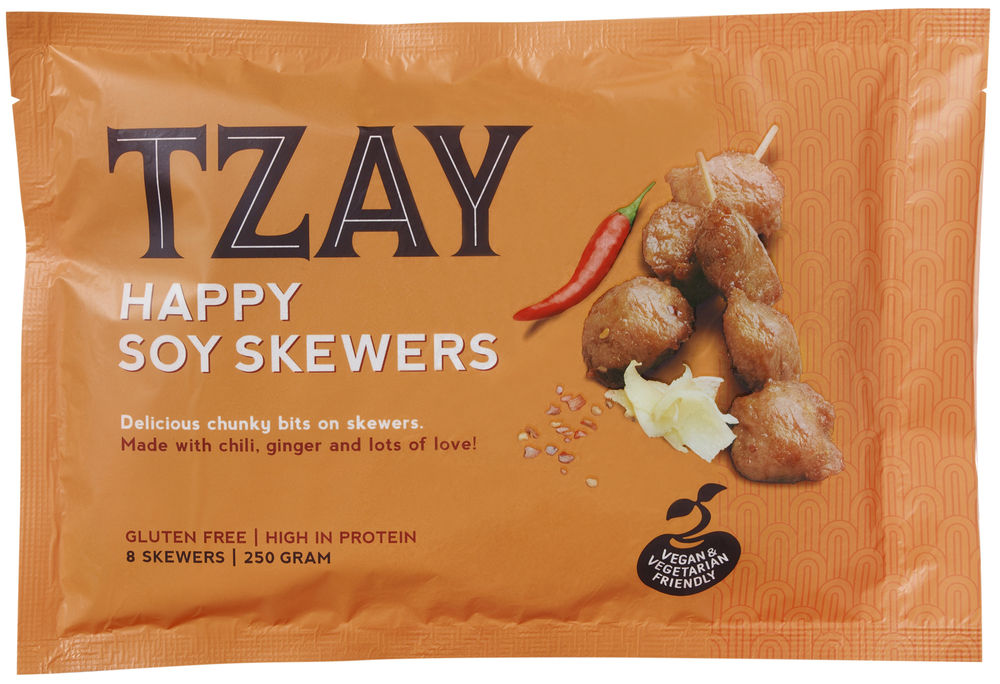 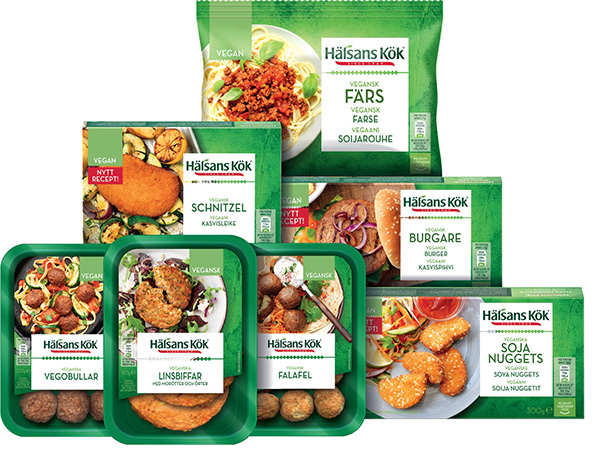 Those are all Swedish brands but I hope I can inspire you to look for different things next time you're buying food.

As I said, I think the shopping was the really difficult part of my journey. The cooking part was just fun, together with the children we cooked with the things she showed me a nice meal, here are some pictures: 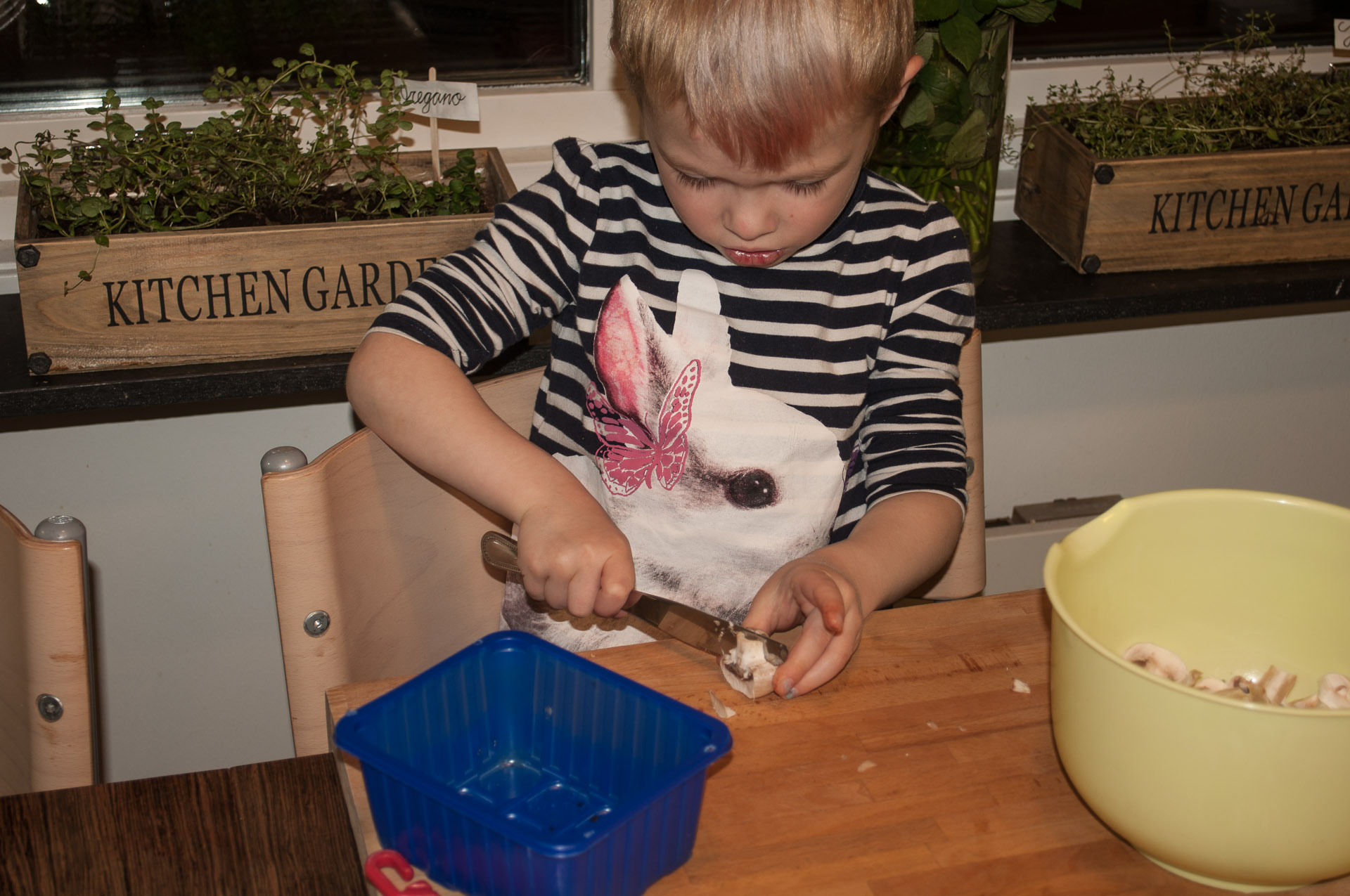 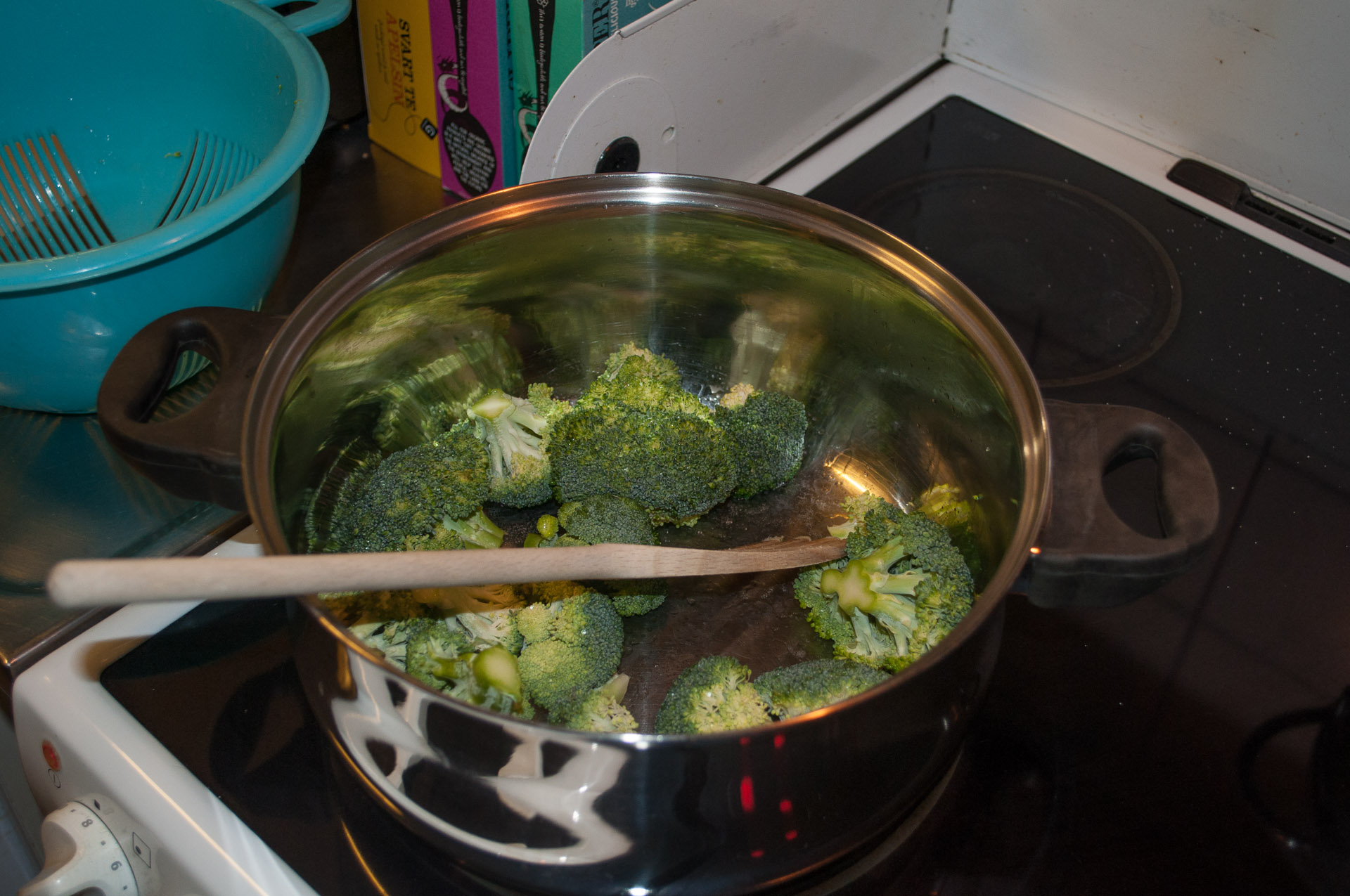 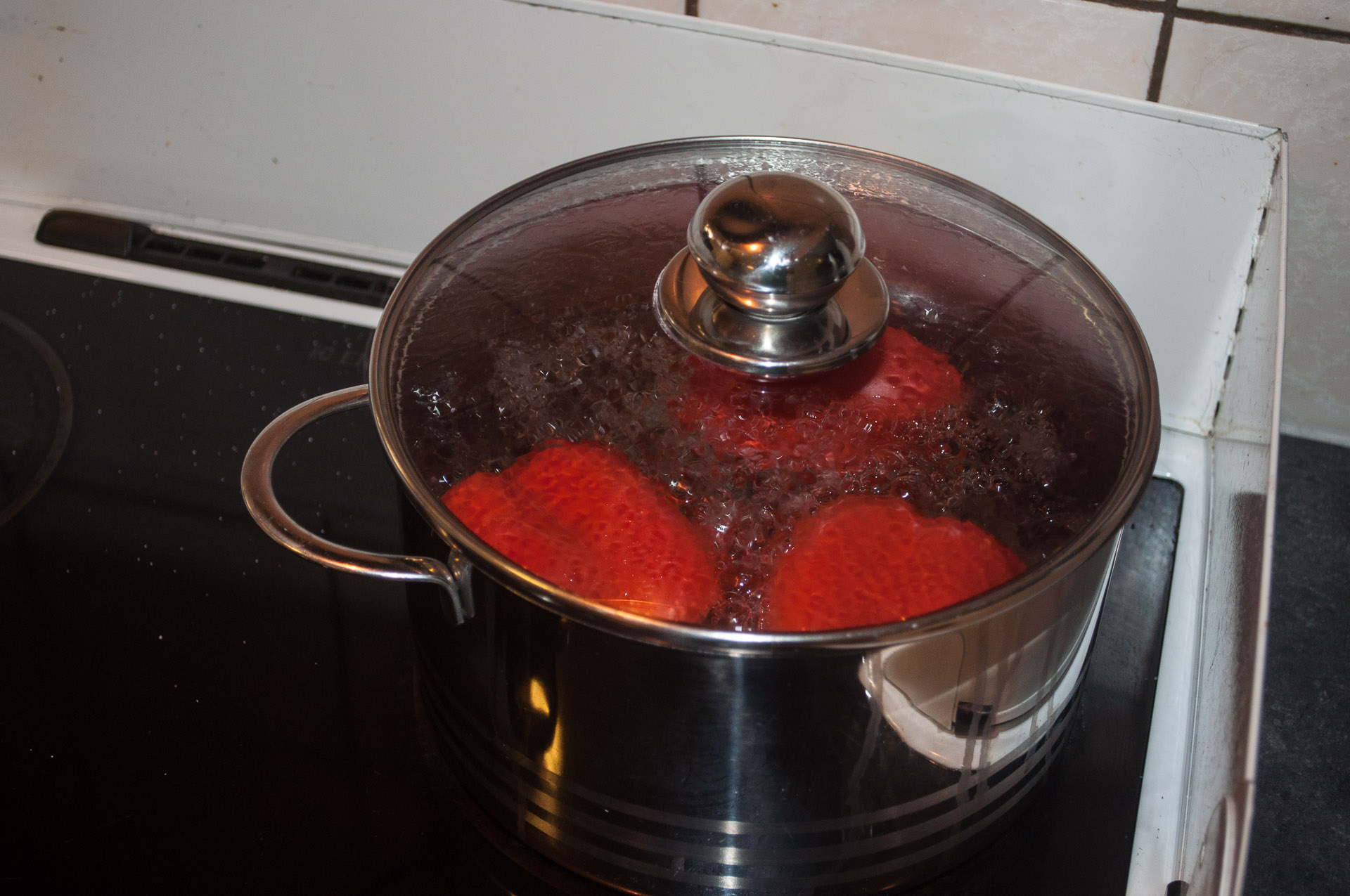 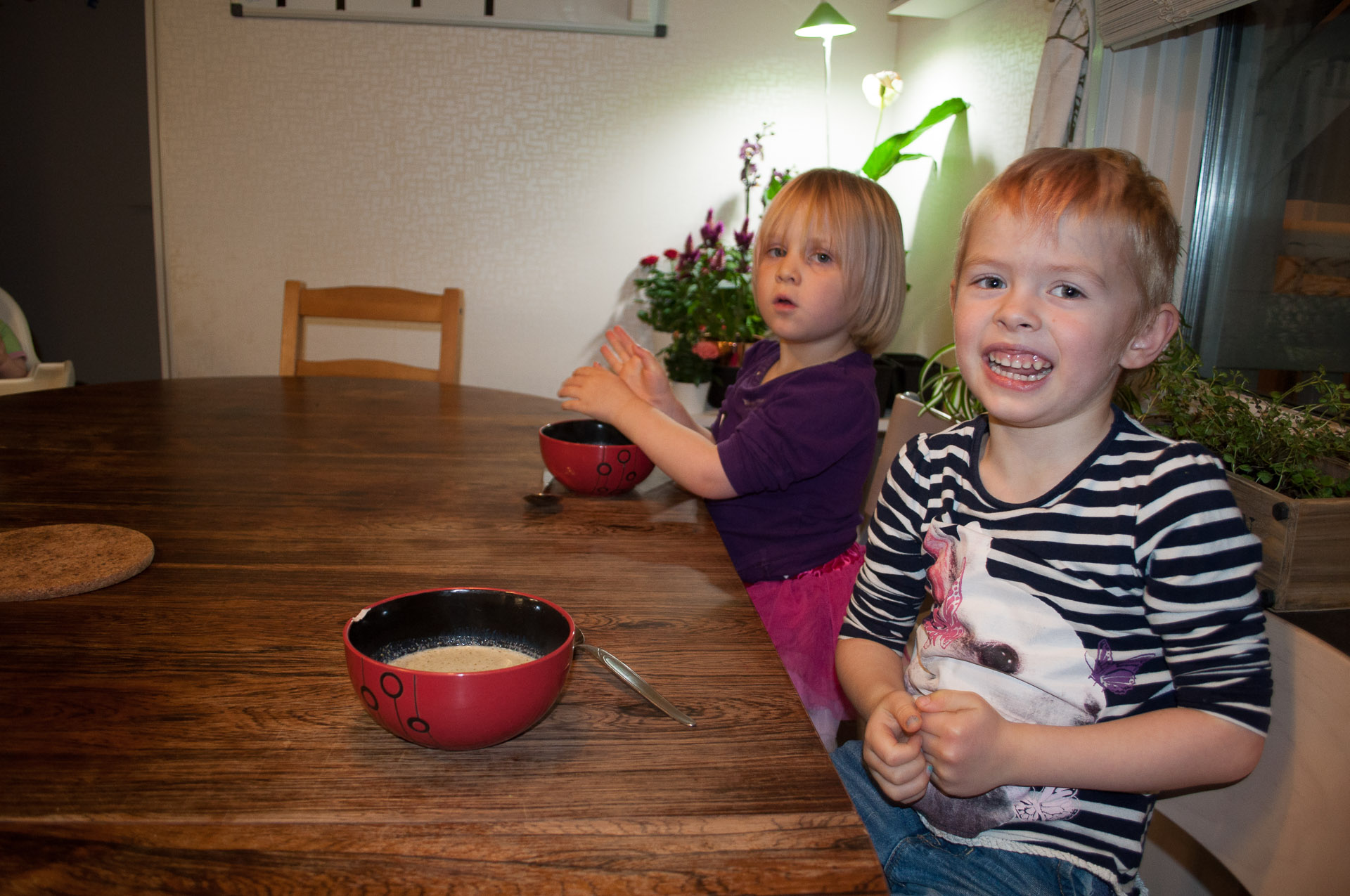 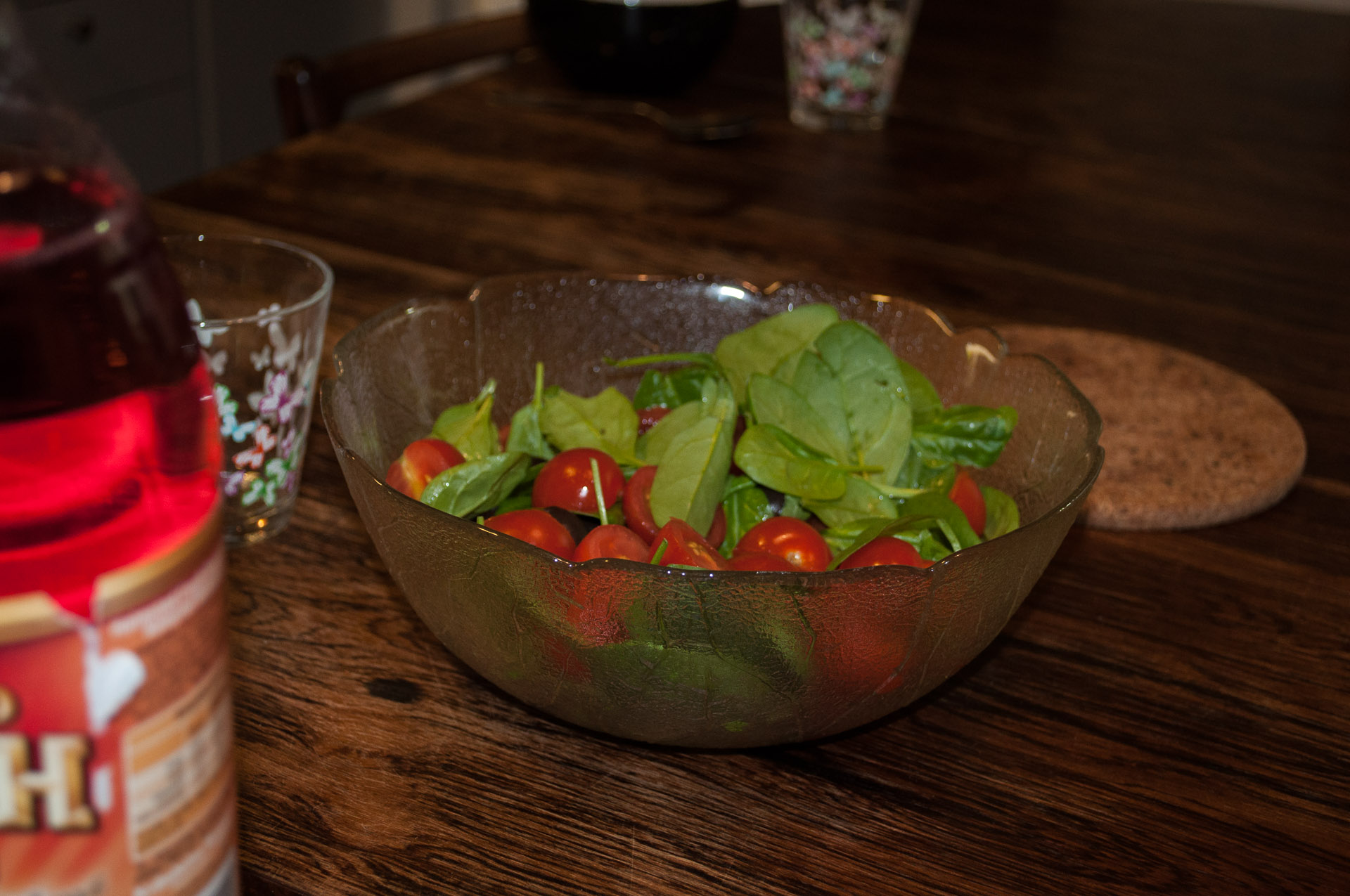 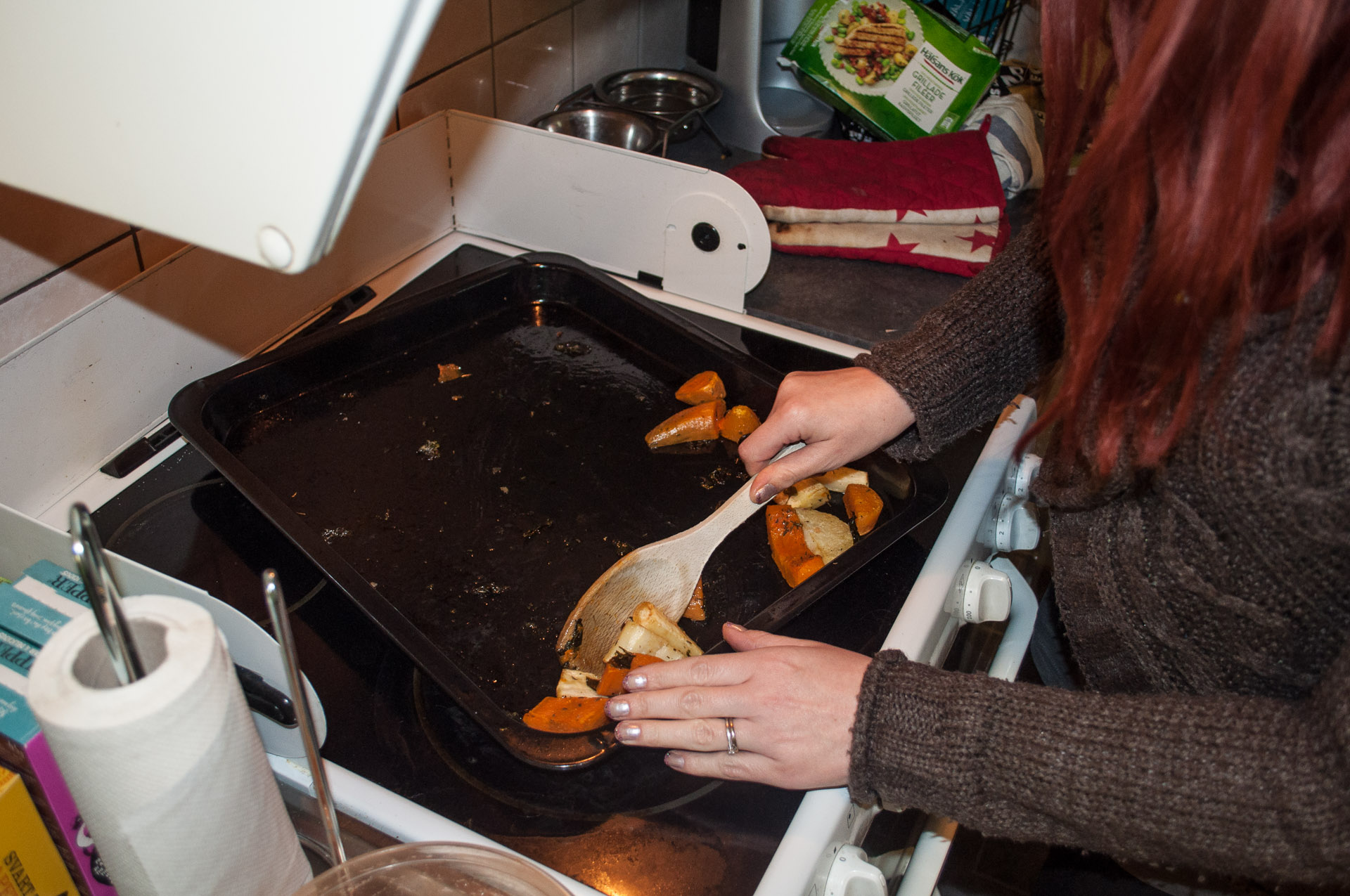 It seems to me that if you have bought the alternatives it is just a matter of better seasoning and using those alternatives. The cooking part is just as if you would normally do it, but without the meat part.

During the week when I'm at work we more often than not go out for lunch. Normally I just automatically order something with meat without even thinking about it. This week I tried to make conscious decisions, but this automatism still is rooted really deeply in me, so I had to change my order some times because I forgot about my goal to eat less meat.

I still only ate fish on Wednesday because the restaurant only offered two dishes, one with pork and one with fish, nothing vegetarian. And one evening I got me some fried chicken because I really wanted to. I'm quite happy with this achievement to try to change my behaviour.

Btw. the friend with the right question also showed me the documentary Cowspiracy, and I understand that it has many weirdo conspiracy theory moments and exaggerates the numbers presented, it still is worth watching just as a starting point to get into this topic.

A couple of month ago I also watched an interesting TED talk called Why I'm a weekday vegetarian and I really like that guys approach.