They had a theatre play at my daughters school with the name "The Holocaust" which showed first the time between first and second world war and the reparations the Germans had to pay and then the life of a Jewish boy during WW2. It was really good actually they got us in the right mood and so on, really good. 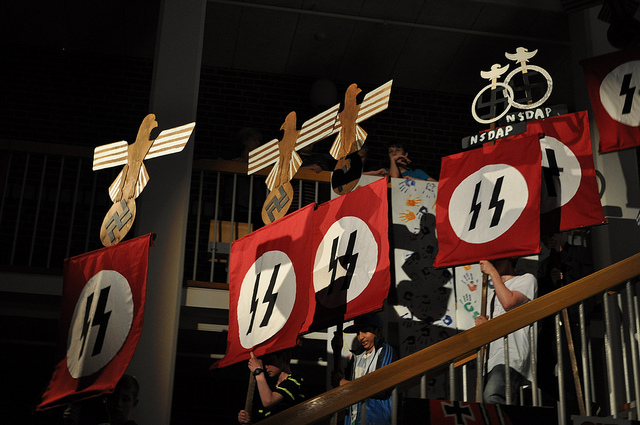 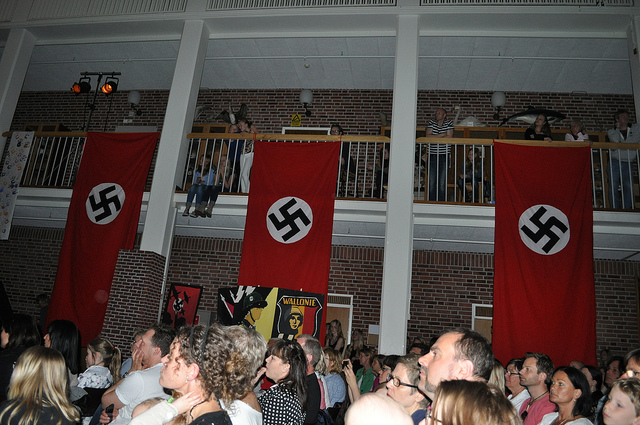 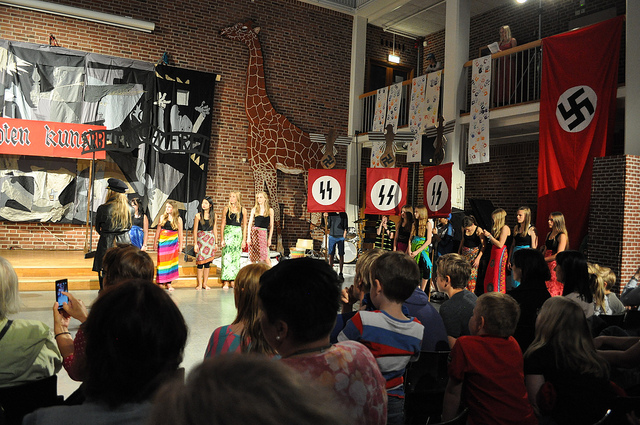 I just image-googled the stuff I saw they made them selves and they had incredible details everywhere. The costumes the standards, the flags, everything was very well done. 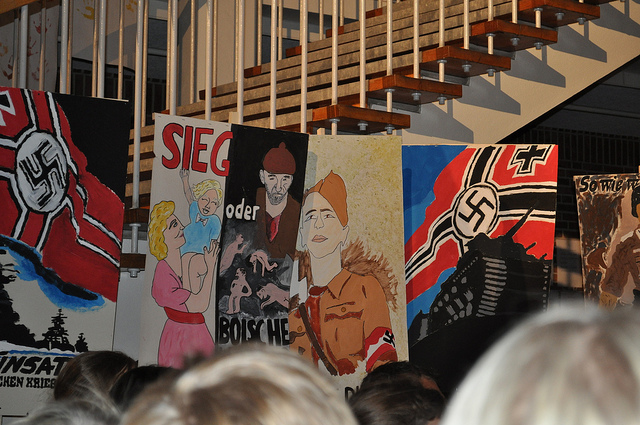 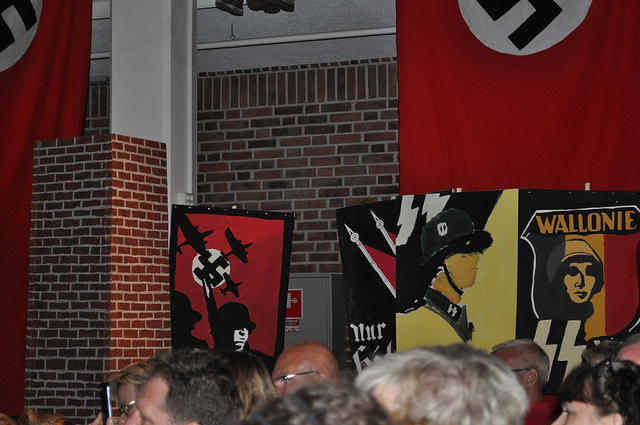 They even produced some nazi propaganda, in my opinion very authentic. 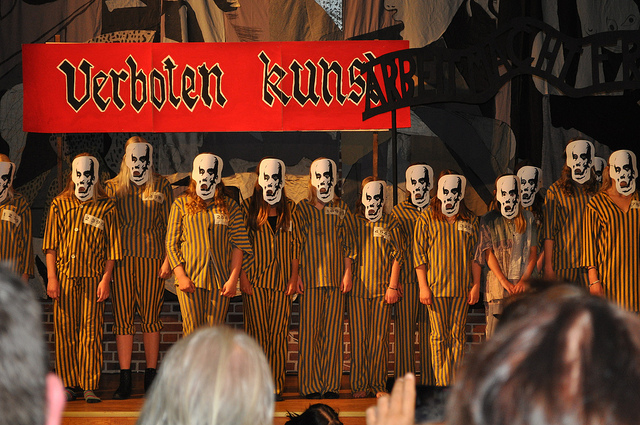 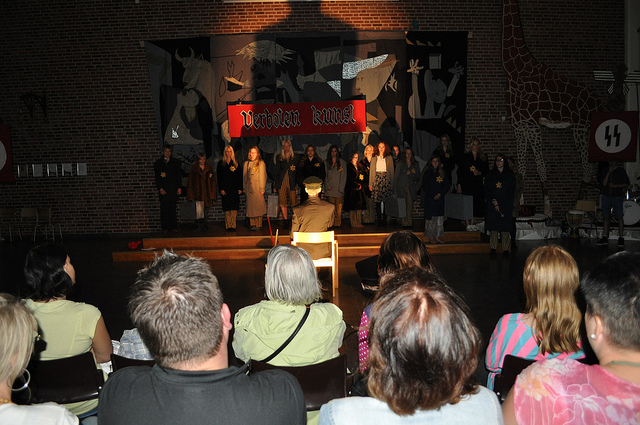 Ok, not all german spelling was perfect but they even had a couple of songs in some foreign language, I think it was Hebrew.

The only really weird thing was that they let a adult black man dancing to African music with the girls some time in the middle. This man was dressed up and dancing and singing according to all the preconceptions there are how a "nigger" behaves: good dancer, has the rhythm and song in his blood and so on. It was really weird. 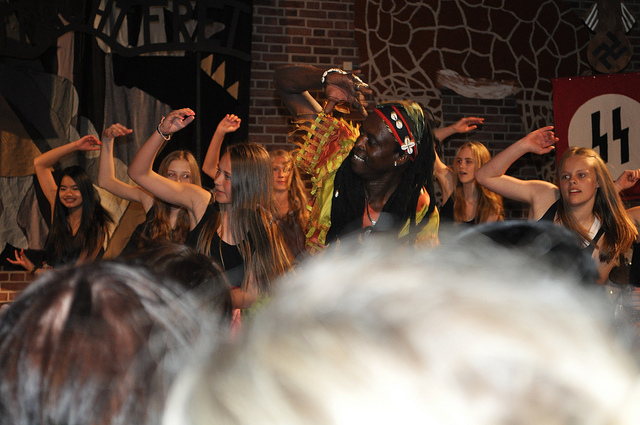 My daughter tried to explain to me that the purpose was to show that not only Jews and their culture were not allowed in Germany back then but also other races and their culture like for example black people. I know not all people think like me but I am quite sure it would have been easy to show that without relying on the old preconceptions.