Instead of staying at a hotell I used AirBnB 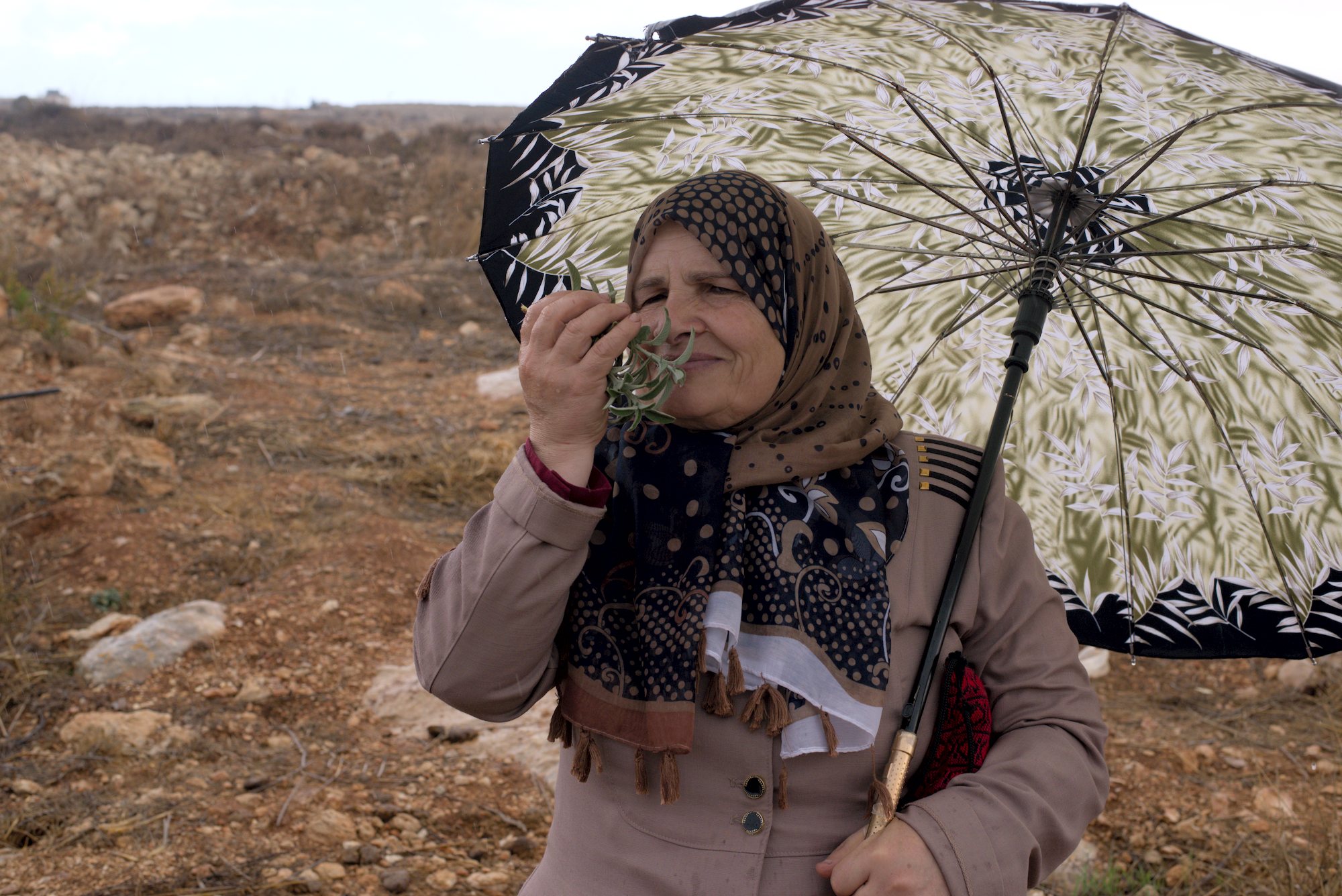 This is Zleikha, my AirBnB host in Hebron, Palestine. She is the principal kindergarten and an activist in the Youth Against Settlements organization. As far as I can say she is a very tough woman who fights determined for her and her neighbors rights.

I'm very honored she made time to host me and even took me with her to visit Atta and his family who works with ICAHD to rebuild homes which were destroyed by the Israeli military. Here is a video from two years ago about them:

In March 2013 he appeared before the UN's Human Rights Council in Geneva where he told the story of his home being demolished and the family's harassment from Israeli settlers.

In the video you can still see all the fruits and vegetables which they were growing, but last year bulldozers came and de-rooted all trees and destroyed all crops so today the farm looks more like this: 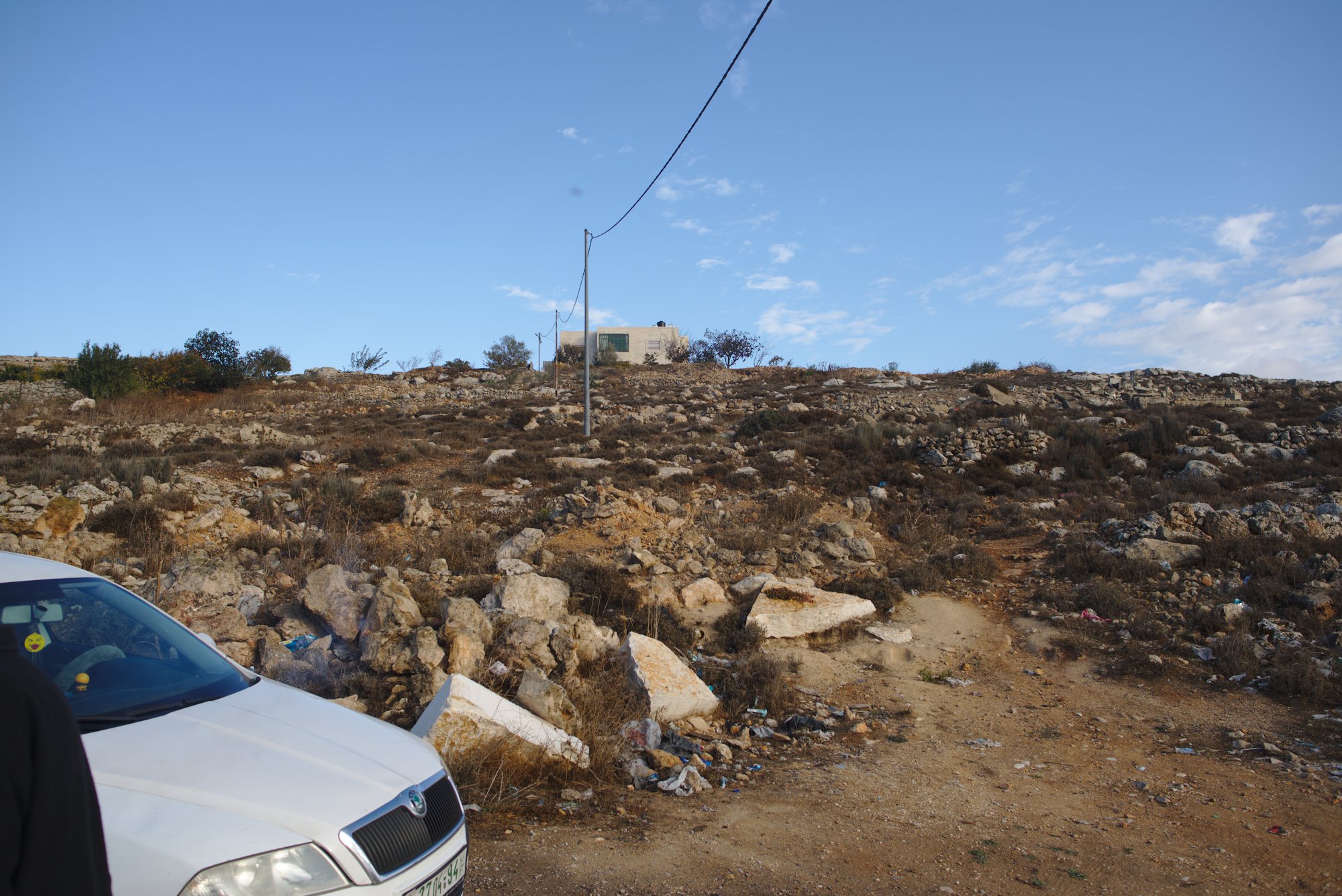 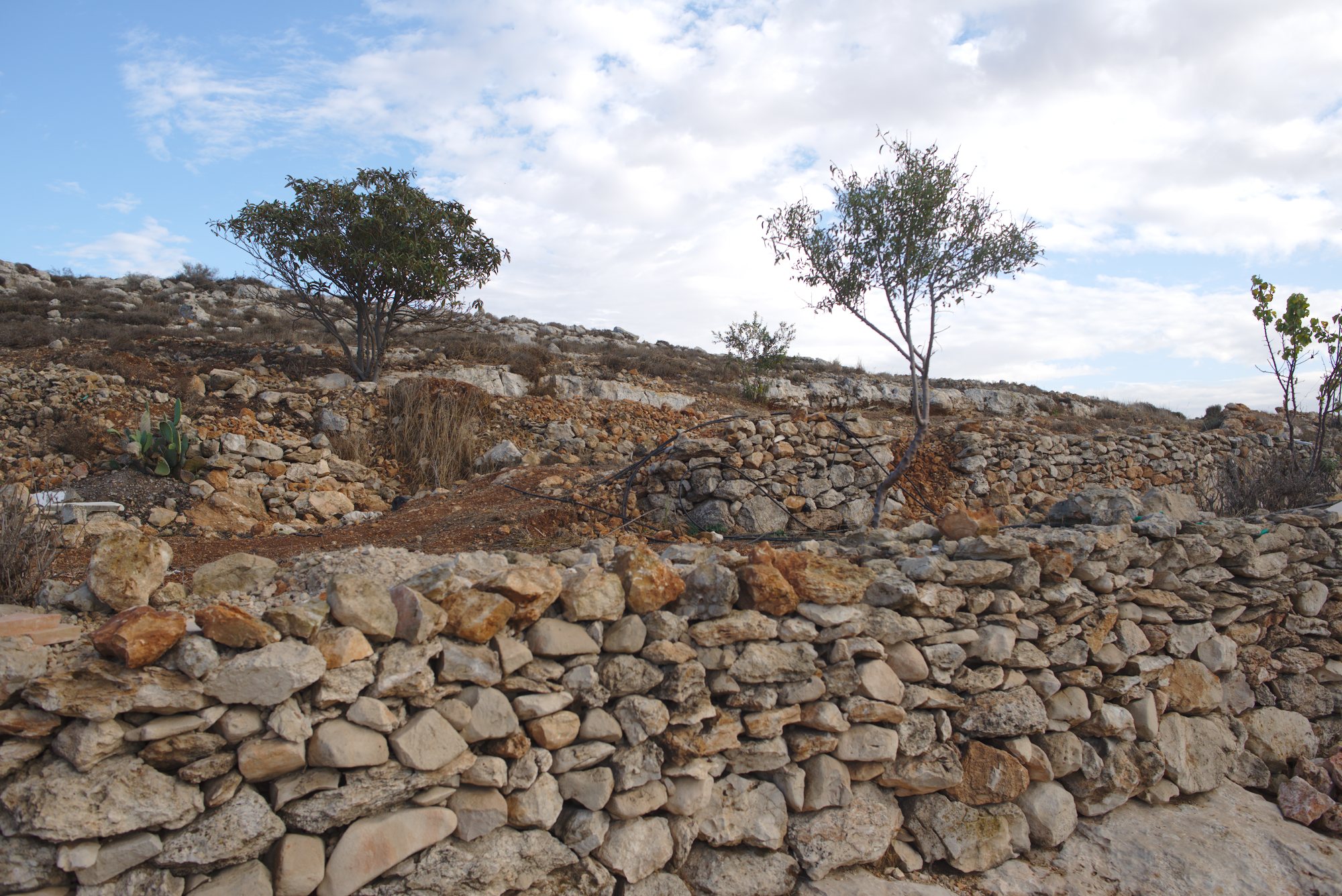 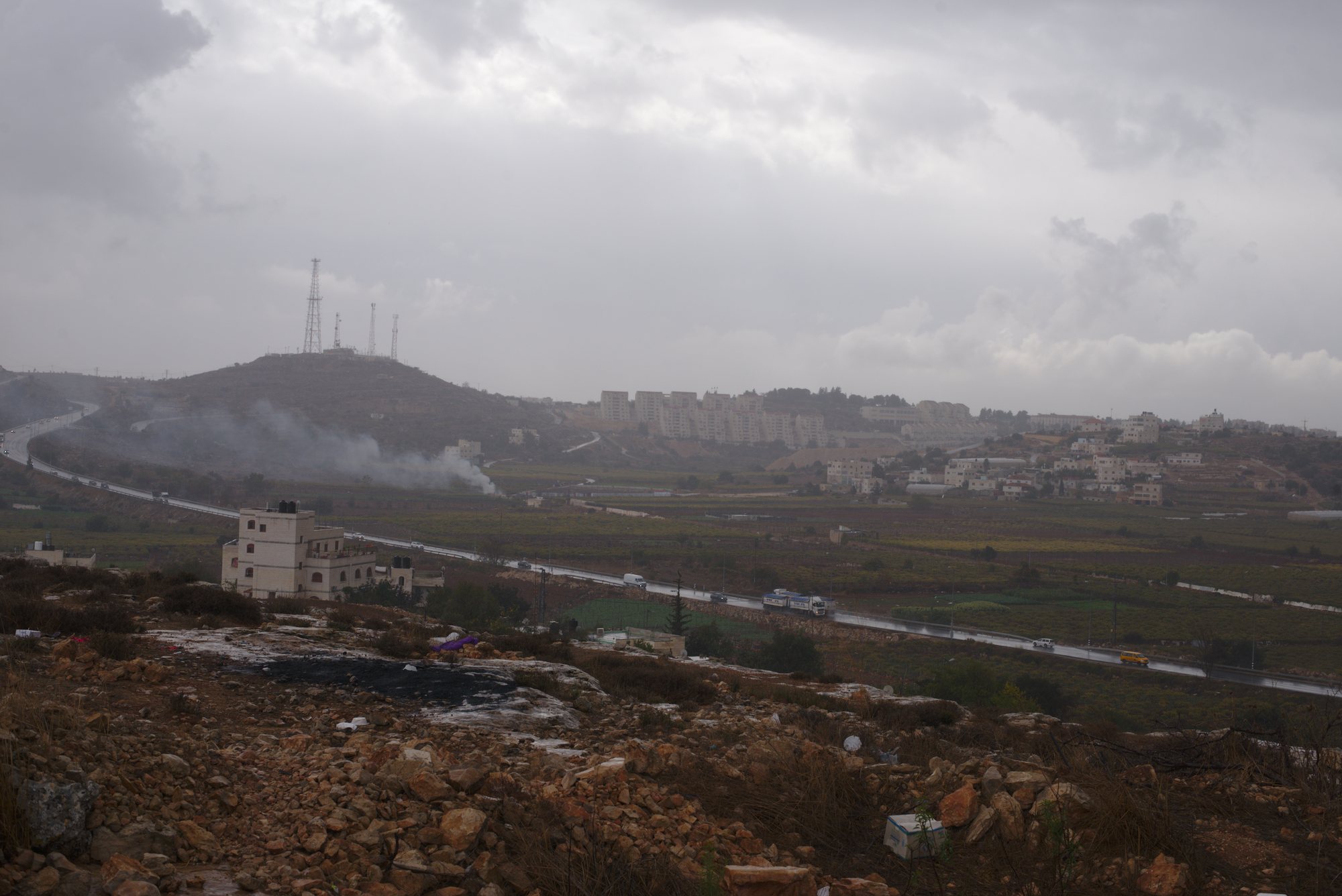 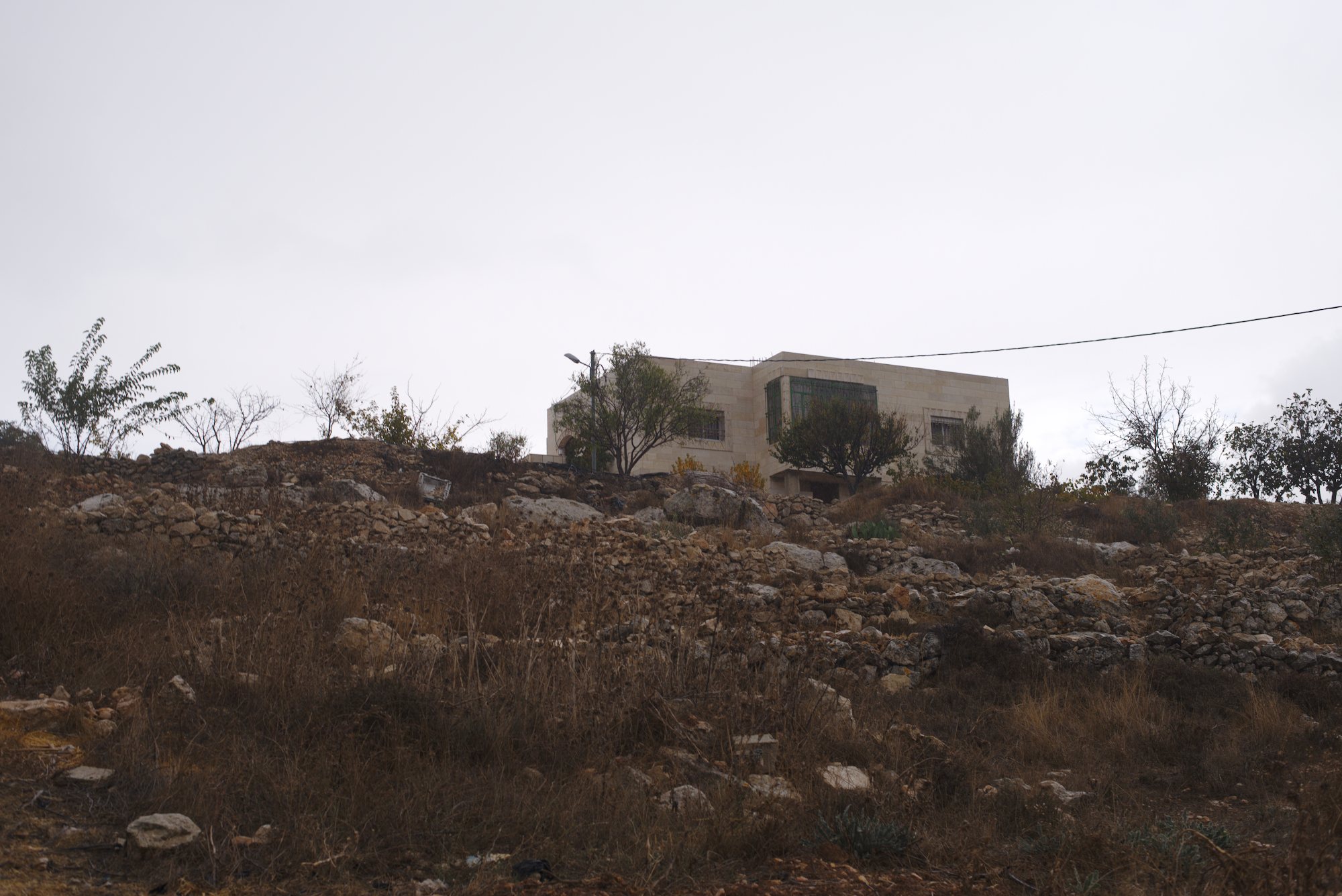 When we arrived it started raining, which is always a good thing in Hebron, and Zleikha explained to me how the farm looked like before the destruction. We even found one strawberry plant where they grew them before and then also some sage which Atta's wife told us to pick some for the tea she was making. That is what Zleikha is holding in her hand and smelling in the picture at the top. They used to sell it at the market but now only sporadically it would show itself.

Later in the house Attas wife, sadly I don't remember her name anymore, showed us some movies from her sons wedding last week, they all seemed very happy. Atta came a bit later and they talked about his work with ICAHD and I tried to explain what I work with. Atta made some jokes about my looks and asked if I had some ancestors from China - I get asked that or from Mongolia sometimes, I guess because of my eyes getting small when I laugh. And because I didn't get offended but instead joined in on the joke, he started calling me funny man after that :D.

To be honest I must have looked like a school boy who got dragged with his parents and doesn't quite understand what's going on. But in my defense, it's a lot to take in when you jump in into such an environment like theirs, so I had a lot to process before I could comment on anything meaningful, and I was there to learn, not to teach anyway.