Is it a new trend?

What is it with violent threads agains women nowadays? Why are so hated that people openly threaten to rape, molest and kill them? Just today I found two new examples in my feed reader:

Laci Green, who I admire for her educational videos about sexuality, has been harassed on tumblr and threatened to be beaten up:

What the fuck are you threatened of?

And second Anita Sarkeesian who is a popculture critic and feminist who started a kickstarter project trying to raise $ 6000 for a documentary series about:

With your help, I’ll produce a 5-video series (now expanded to 12 videos) entitled Tropes vs Women in Video Games, exploring female character stereotypes throughout the history of the gaming industry.

This seemed to upset some people so they too bully her and even go the extra mile to program a game where you can beat her up virtually: 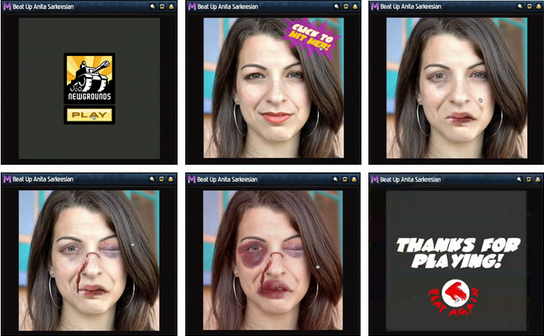 What is wrong with you people, are you so insecure in your manhood so you have to go out and bully and threaten to rape and kill woman on the internet who try to educate us?

This is so sad.