Today I was trying to reproduse a dish and a photo. I think I mostly nailed the dish which wasn't very difficult. I'm getting the ingrediences biweekly from Linas Matkasse and they always send a small pamphlet with all the recipies in it. They add a high resolution full page photo of the result of every recipe so you can see how it was imagined to look like.

I made the orecchiettepasta with green pea pesto and prawns, which took about 25 minutes. As I said, the cooking I nailed, but let's compare the pictures, first mine and then theirs: 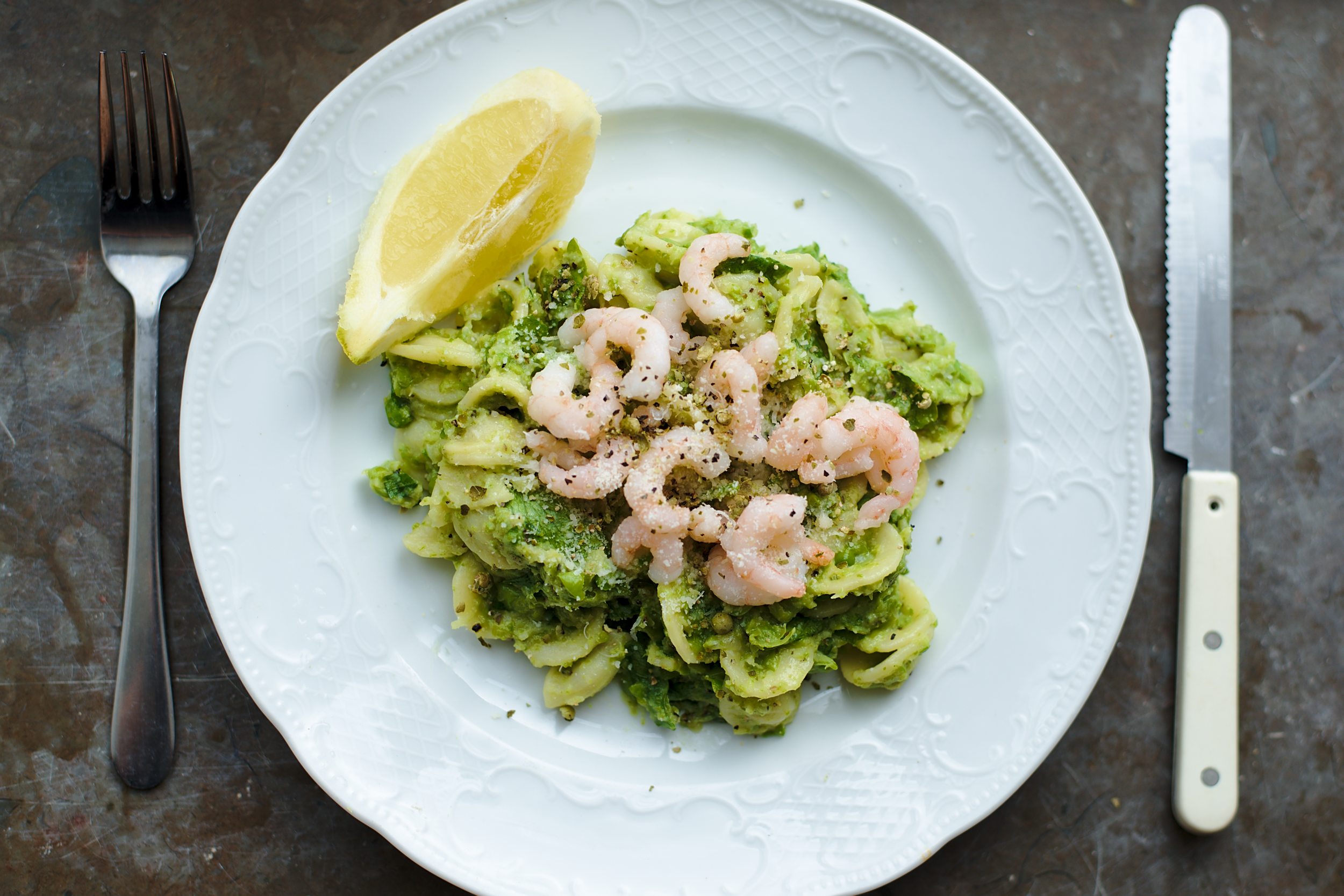 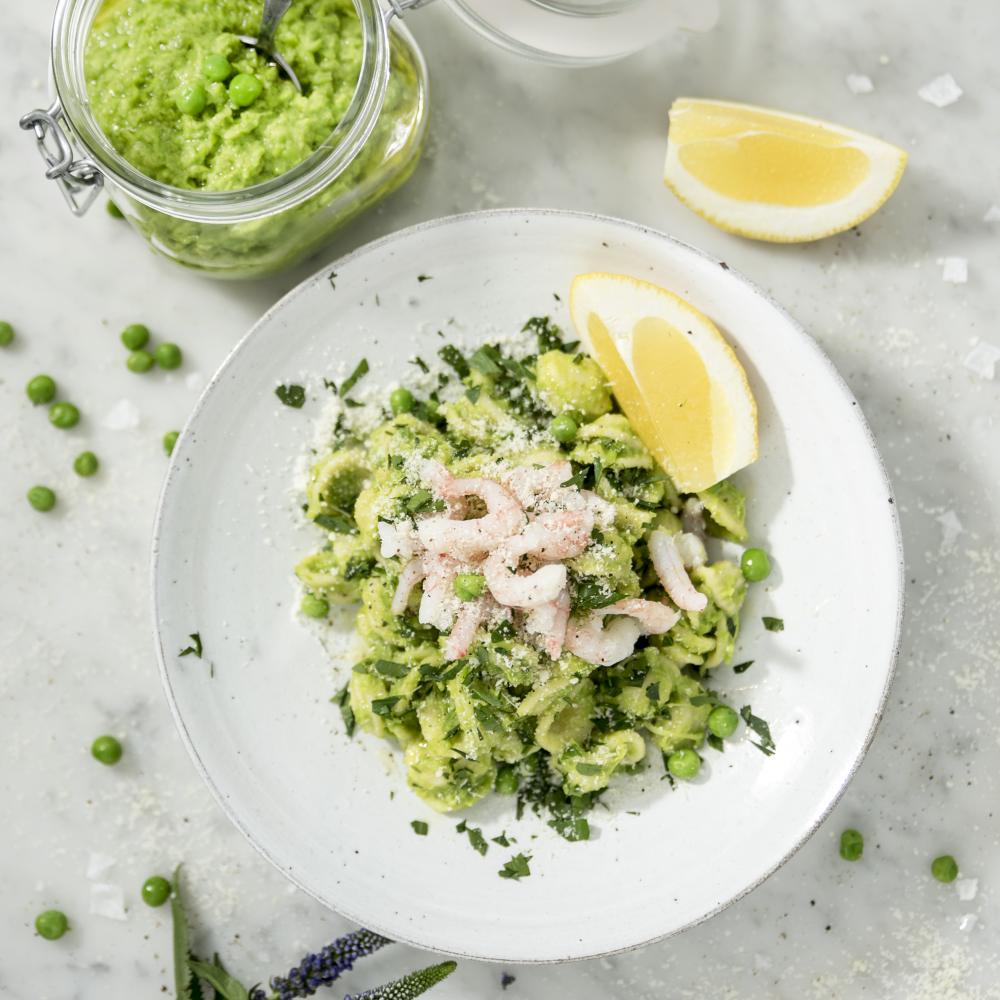 The difference which I first saw after I imported the picture and compared it side by side was that there is much more going on in their picture. They don't only have the plate there but also a open jar with more pesto in it, a extra lemon on the table, some kind of flowers and some whole peas, peppar and even some salt flakes on the table.

In addition to eveything on the table even the plate looks much more 'messy', they didn't only put the panado on top of the pasta but also all around on the plate, same with the parsley. Contrary to what they wrote in the recipe they didn't mix it all together in the bole but some of it they sprinkled on top and therefor it looks darker.

All in all their picture looks much more alive than mine, I should try to copy and analize other peoples photos a bit more often. It seems I would learn a lot from it.

And also I shouldn't do this when super hungry, because then I don't really have the patience to fiddle with all the small things, I just want to get it done and eat! ;)

I like your photo better. It's as you say less messy and because of that it feels more calm and clean and that's at least for me what I want when I'm going to eat ;)

Cook pasta. Sear a small onion and some garlick add water and peas to it, mash it. Cut parsley, grate the peal of a lemon and mix everything in a bole (add salt). Serve it on a plate, top it off with some Grana Padano cheese, pepper and prawns. That's basically it.

Jeena Pa sounds as nice as it looks ;)