This Friday morning is different to other Friday mornings. I'm drinking a coffee I made in one of those fancy Italian moka pots, instead one from a automatic coffee maker. And the reason is that today is the first day I'm off work because I changed to work 80%, or 4 days a week instead of 5. 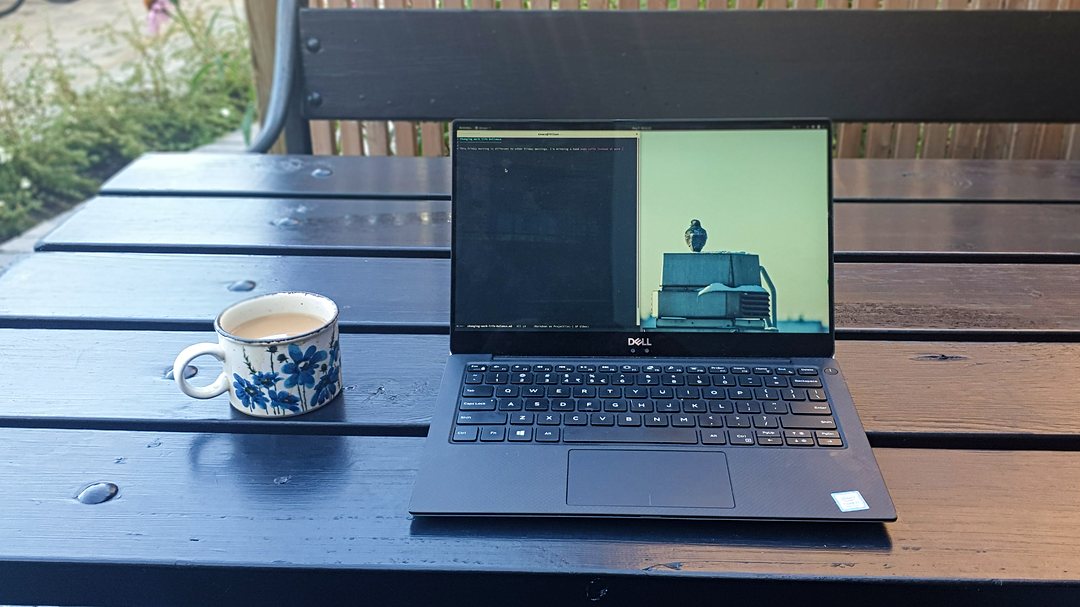 So why would I do that? It's a mix of many things, the obvious one is to have more free time. But the trigger was something else, I had my normal yearly salary adjustment meeting which this year didn't go as I expected.

I'm working as a consultant (my company doesn't want to call us that but for all practical reasons we are consultants) for a big German car manufacturer. I've been one of the first people on the project because that's what we do, we kickstart big projects for car manufacturers and help them along the way until they can take over everything themselves. Normally we leave the project after one to two years, but in this case we're still nowhere near that.

I work from Gothenburg within a distributed team where half of the people are from the customer. After such a long time you sometimes get into comparing work perks, and salaries. Needless to say that my salary looks laughable in comparison to theirs, and it feels really bad to being paid less while having more responsibility, more knowledge and more experience. I tried to address this in the previously mentioned salary adjustment meeting.

Sadly there was no way for my boss to meet what I expected and I needed to come up with a perk which could work for both of us. I secretly wanted to cut down to 4 days for many years, but I figured that no company would allow that without a good reason like paternity leave because it creates so much friction when people aren't working full time. I asked anyway and to my big surprise the answer was positive.

We have two week sprints so we decided that I would stay at home in the middle of the sprint, during the Friday and Monday. This way I get a 4 days weekend every second week and I'm still available in all the important meetings at the end and the beginning of a sprint.

"But what about the lost 20% of income?" You might ask. Yes that would normally be a consideration, but in my special case where I don't have a family with children to provide for. In addition to that I have a job in IT paying so much that I'm in the top 2% compared to the rest of the Swedish workforce (there is an interesting website where you can compare yourself to everyone else: Var är du på inkomstskalan?). I'm basically where I was two years ago but with one day less work per week, and to be honest, in my situation I don't really feel the difference.

What do I plan to do with the new found free time?

I have two big goals and then a lot of small projects which will fill up the time with no problems, but the big ones are:

When it comes to #1, it's something I really love to do and only take the time once a week to practice the bass guitar with my band Hoggatah. Otherwise I basically stopped doing music on my own. But that will change, I bought a saxophone and I want to use it to learn playing it and at the same time to learn more music theory, reading and writing notes, which I completely lack right now. That leads to the fact that even after playing bass for all my adult life I only can play the few songs which I myself wrote which we play in the band. It would be really awesome to be more educated in music theory, which hopefully would also benefit my bass playing and especially writing music capabilities in the band.

For #2 that is something I already started addressing a couple of years ago by paying a personal trainer who trains with me 3 times a week, because if I don't have a babysitter who checks that I'm really going to the gym I automatically stop doing it, which I can see every time he is on vacation. But still with all the hard training, you can't outrun a shitty diet, like my friend Christian, who made quite a transition in this regard himself, said so eloquently.

The enemy right now seems to be food, or better, the too big amounts of calories. I can't get myself to keeping counting calories, and not even planing meals, etc. So my idea is to pre-cook meals, which hopefully contain much less calories, for the whole week. This way, I'm hoping, I would not go out and buy fast food because I will have the food quicker available, which especially after work is my biggest problem. It takes too much time to commute home for an hour, then buy groceries and then start cooking. The easy fix is just to buy fried chicken or a hamburger at the central station in Gothenburg while waiting for the train. To do that I'm planning a big cooking session during every 4 day long weekend.

But because, as I said before, there are many small projects which I'd also want to do, the schedule is already full and I already needed to plan the day, I wrote for today's to-do list:

I often hear people saying that if they wouldn't have a job they wouldn't know what to do with the time and just spend it in front of the TV or playing games on the computer, which both feels like wasting time. I myself seem never to be able to run out of things to do.