Haha, I was just listening to the newest episode of the swedish Skeptikerpodden and they have a interview with the only swedish person who actually traveled to the outer space Christer Fuglesang. He was talking about homeopathy and had a nice little joke:

You can't believe something just because very many people do so. About 500 years ago everybody believed that the earth is flat. I was up there and had a look, it isn't. 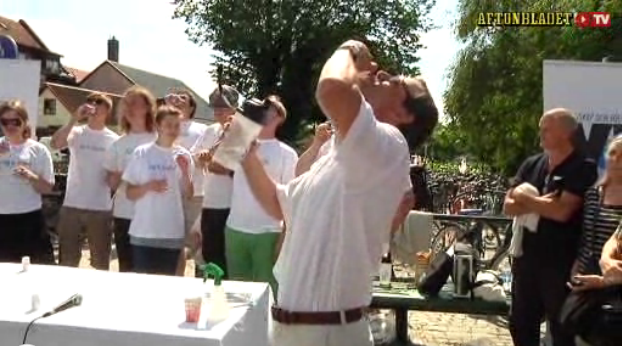 This interview was done at Almedalen, during the swedish political week there. You can see him trying to kill himself with an homeopathic overdose in a video overthere at PodBlack Cat, they have a transcription in english about it too.

If you'd like to know more about homeopatic suicide, read on at 10:23 - Homeopathy: there's nothing in it.

The fallacy he's talking about has is very popular and has obviously a own name, it is Argumentum ad populum.