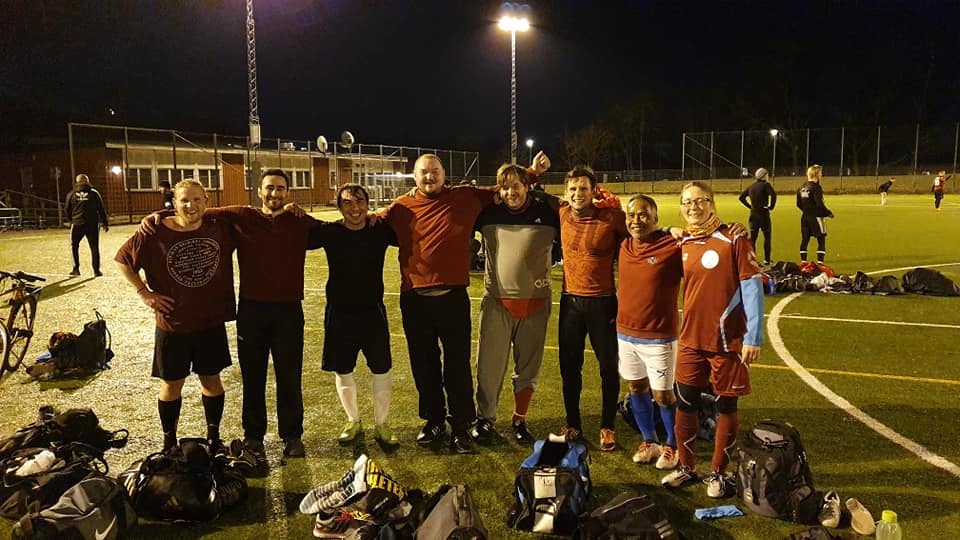 I just started playing football in the lowest league there is in Sweden called korpen. We're still waiting for our jersies. Last week we were 18 people but sadly the other team didn't show up, so without playing we won 3-0. Today we were two people short and needed to ask some guys who just played a game to join us and we played what seemed like a team with superior strength, all tall Swedish guys playing nice technical football and having 5 additional people to change during the game (we're playing 7 vs. 7 people). But for some reason, frustrating as it was for them, they weren't able to score any goal, so it was a draw 0-0 which really felt like a victory for us oddballs from all over the world (Finland, Germany, Sweden, Indonesia, Syria, etc.).

So you replaced Fifa with the real thing and two games into the season you are undefeated? Huge congratulations! Good luck for your journey to the first league. 🤪