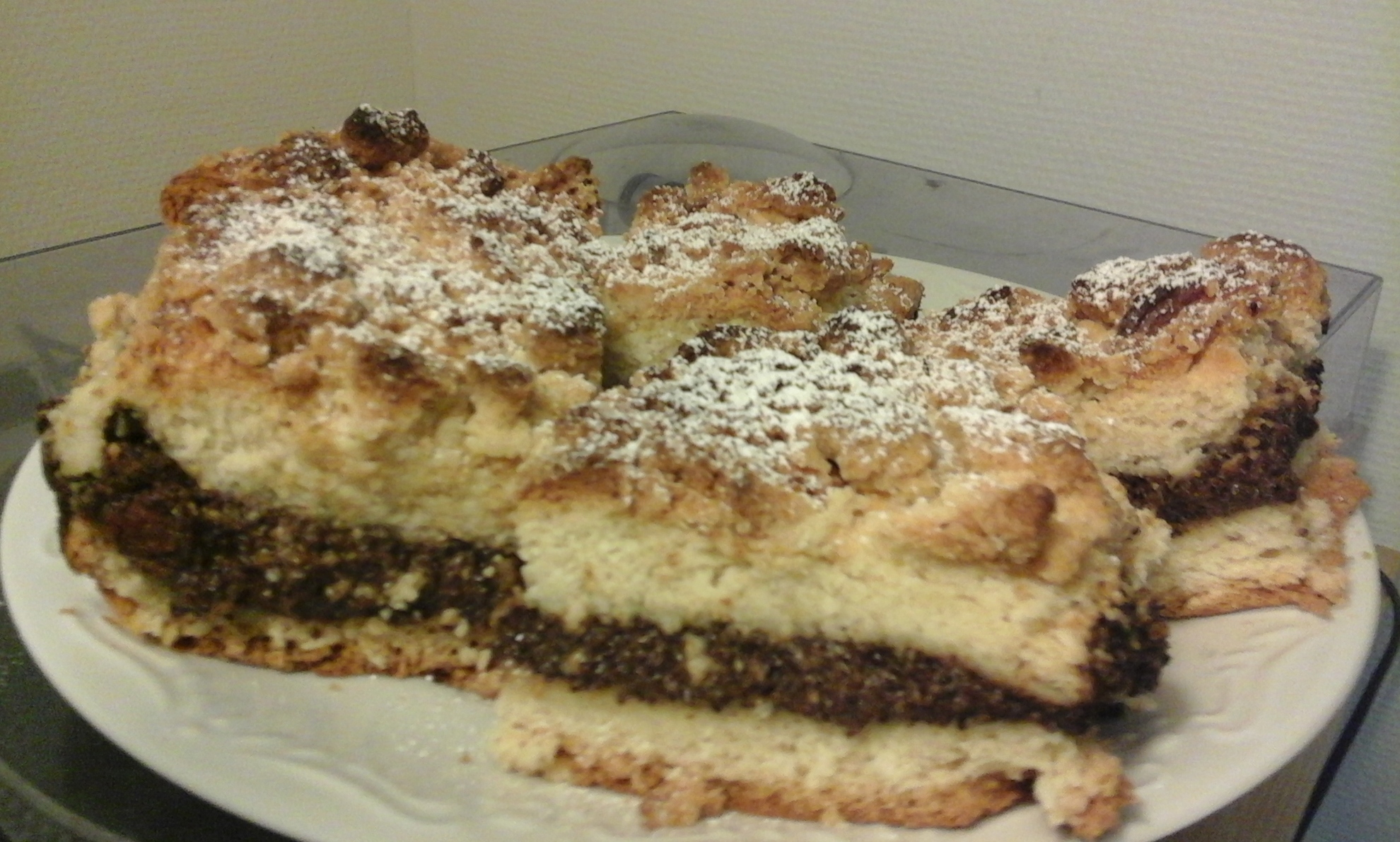 Every other week at work we gathe for a "fika" which is a special Swedish word which means 'having coffe' but not necessarily literarly coffe but often something sweet like cake and something to drink like coffe, tee or the like and just socialice for a short time like half an hour or something. We do this in the platform team where I work at our custommers office with the people in the team. Se every other week someone else brings something and this week it was my turn. I wanted to bring something special and I knew exactly what, it's in the picture and it's called "Kołocz z makiem" which is like a cake with poppy seeds and very popular in Upper Silecia where I am from. Mostly it is served on weddings and other big celebrations. Sadly here in Sweden you only can get 25g packages of poppy seeds, while I needed 1kg of them, so I had to import them from Poland last time I was there. Just for reference, I used this recipe: http://domowacukierniaewy.blox.pl/2013/11/Kolocz-z-makiem.html

I really need a real cammera to take those pictures.