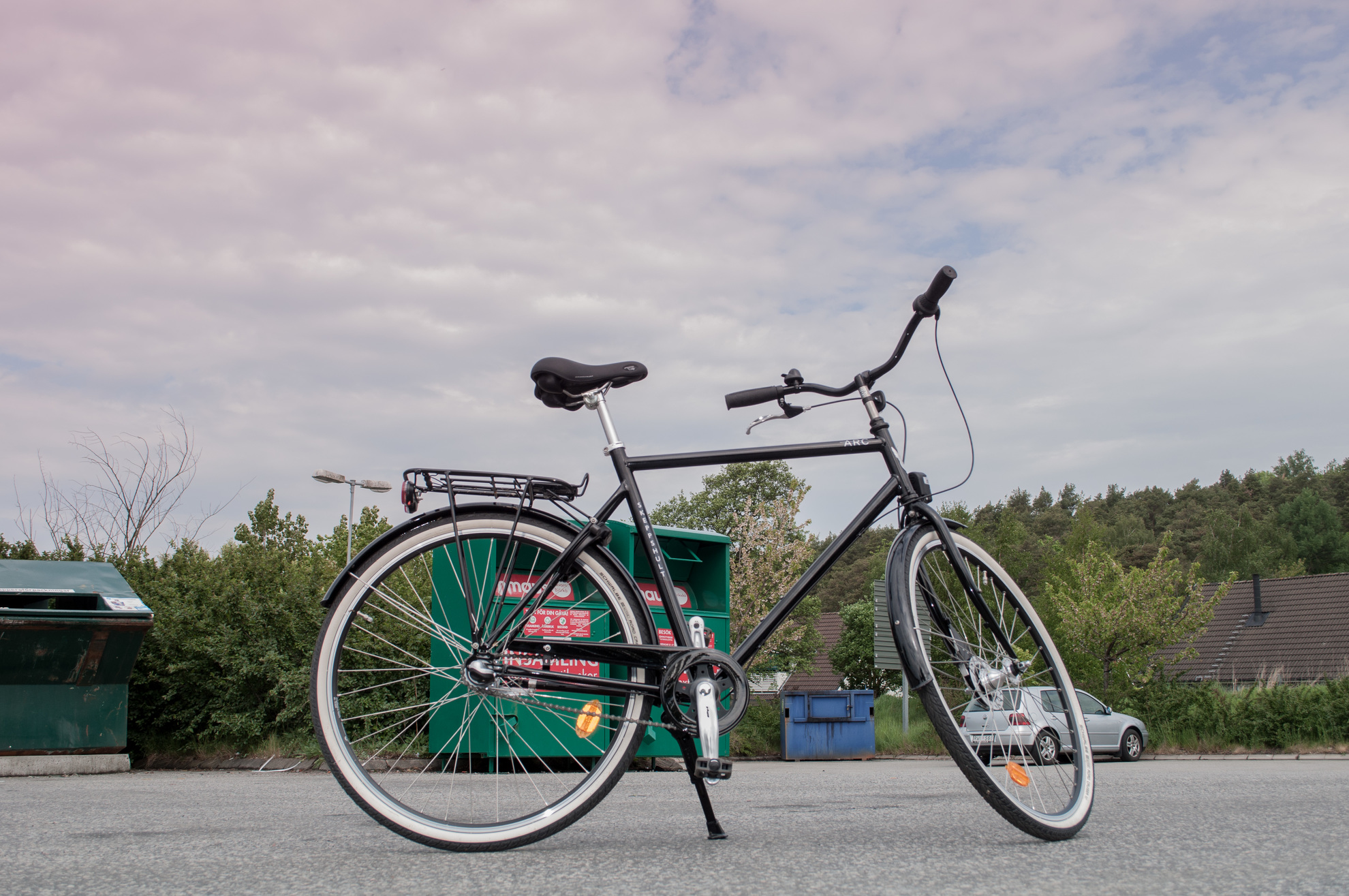 Yesterday I bought a new bicycle. I am more heavy than most people, so I had to get a more stable one. This one is an old Swedish brand called Skeppshult http://www.skeppshult.se/en with a steel frame and more stable spokes. I hope it will not break like the cheap bicycles which I bought before, where after one year I had to buy a new one. Now I saved some money before I bought this one because it was quite expensive, I payed 750 EUR.

@jeena Enjoy! Most of the bikes actually get broken after a year anyway, until you buy the proper, quality one (usually more expensive).

@jeena Skeppshult makes great stuff. I've still got mine since 11 years back. Need to do something about one of the pedals though...

@jeena yeah I got a Skeppshult also, good shit!

Have fun! I bought a more expensive one (round about 800 € as well) and I am more than happy with it, even after six years.

@e8johan that sounds really good, I hope mine will get that old too! (jeena.net/notes/680)